I don't know if any of my faithful readers have checked out the Batman Unlimited line, but I love Action Wing Batman. He's basically the suit of armor worn by Jean Paul Valley when he game up being the hero Azrael to take up the mantle of Batman. Often refereed to as Az-Bat. This suit was worn during the Knight Fall/Knight Quest story line. 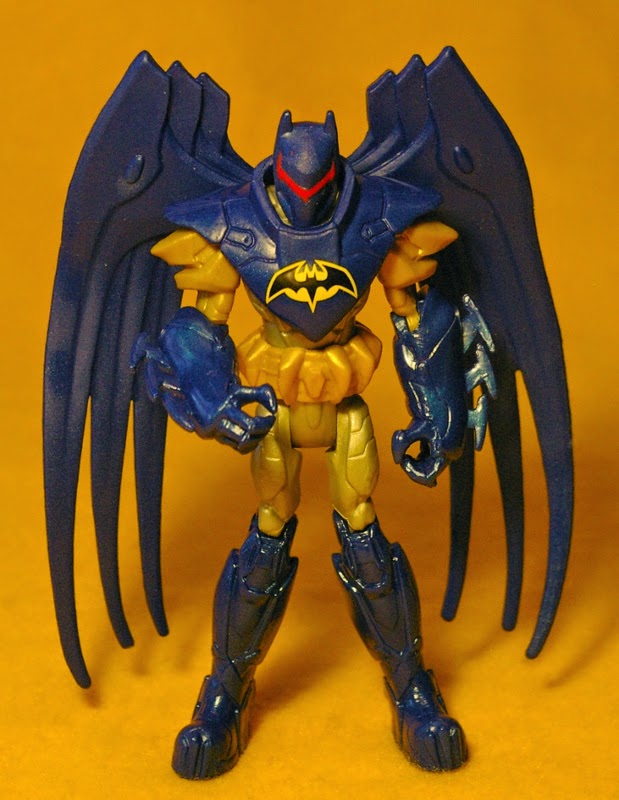 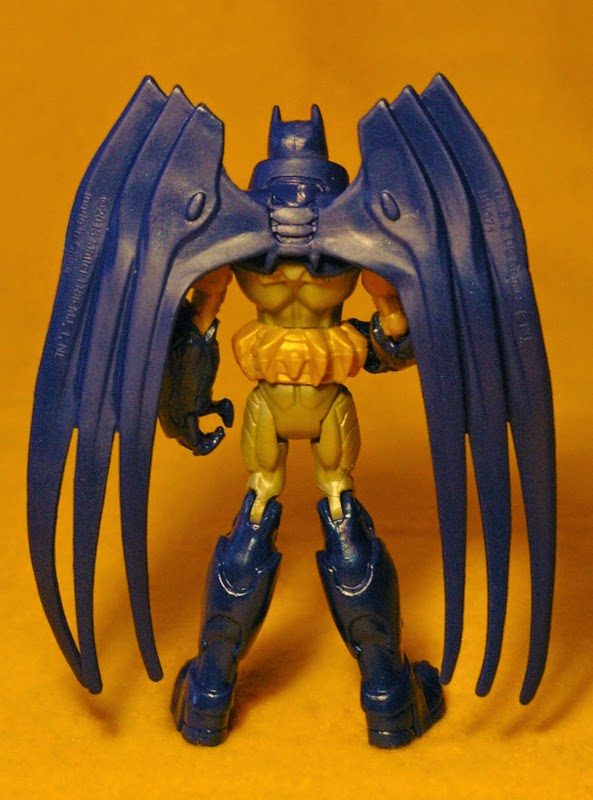 Action Wing Batman comes with two different accessories that can actually connect to each other. He has a giant ax as well as a giant handcuff. They can combine to form one weapon or separate. 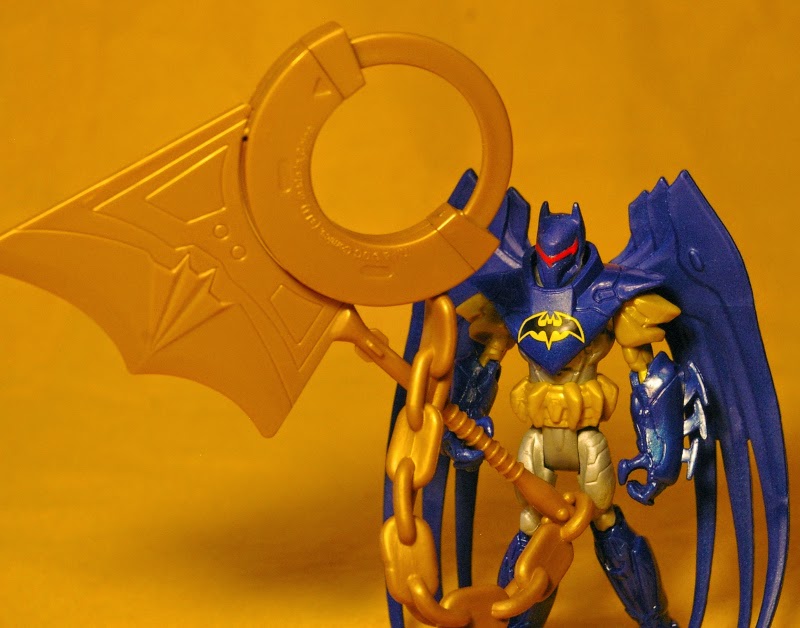 These figures have the classic 5 points of articulation plus knees and elbows, giving him 9 PoA. I really don't have any use for these ridiculous accessories but I love this figure. 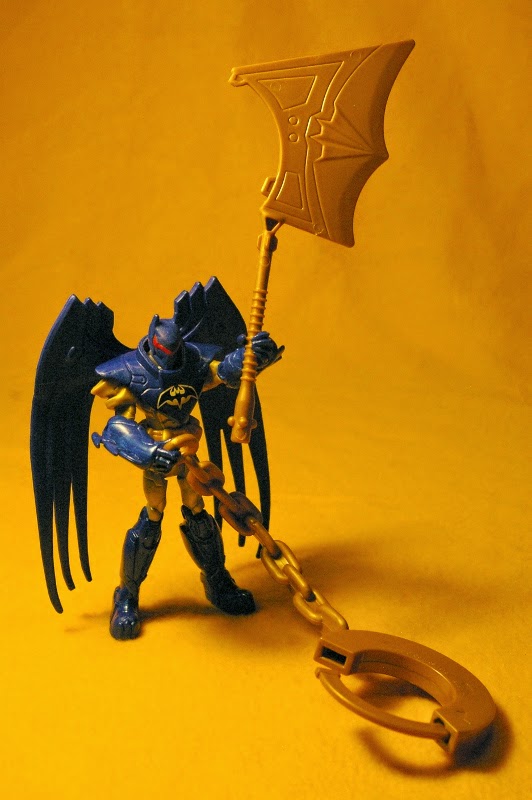