Gikogiler is a gray monster from the Ultraman TV series. He looks like a combination of cobblestone and a bat. He has a rounded bumpy texture on his torso and legs.  Gikogiler also features yellow eyes. The figure is a hollow toy like many of these imported Bandai figures. He has articulation at his shoulders, hips, and neck. 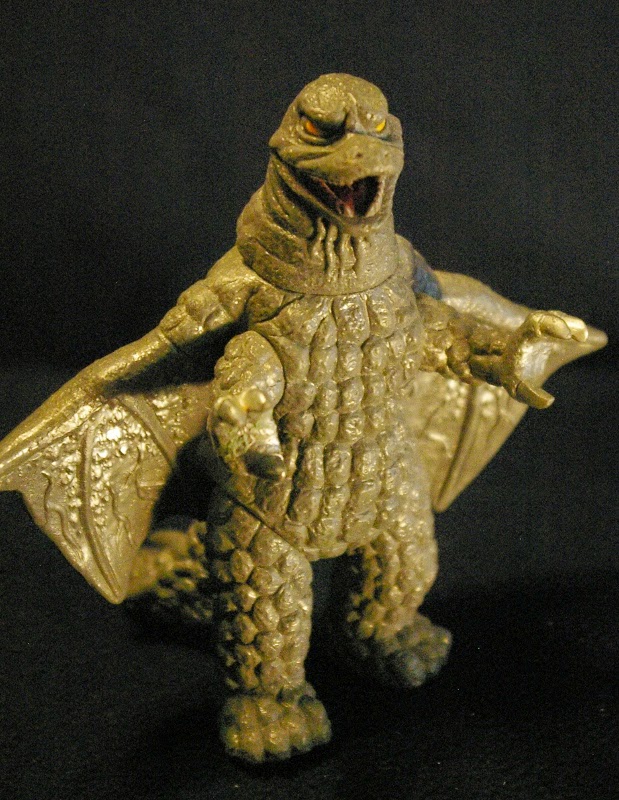 As a kid I loved all the kaiju monsters... when American's just called them monsters. My best friend growing up got me into them and actually a majority of the kaiju monsters in my toy collection where presents from him. Every summer when he'd go on vacation I'm watch his pet frogs (Sandy & Lilly). They were little frogs that live in water. Grow-A-Frog if anyone remembers the brand. Anyway to thank me for feeding and changing the water while he was gone he'd usually bring me back a Monster. 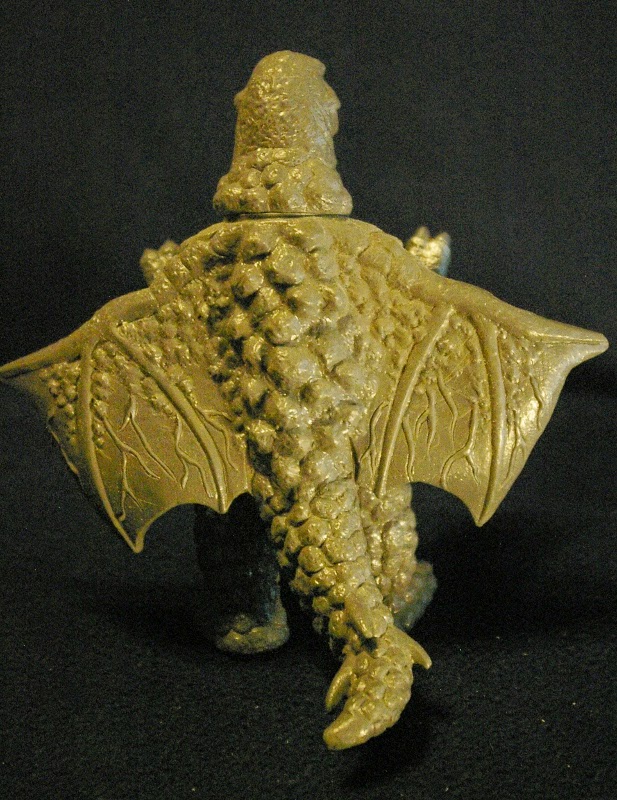