Star Wars Rebels is a 3-D animated show set between the prequel and original trilogy. The Rebels in the series are a band of freedom fighters trying to help the people in a Robin Hood like manner. Zeb is the mechanic and brute strength of the team. He fills the role of Chewbacca in the original film. 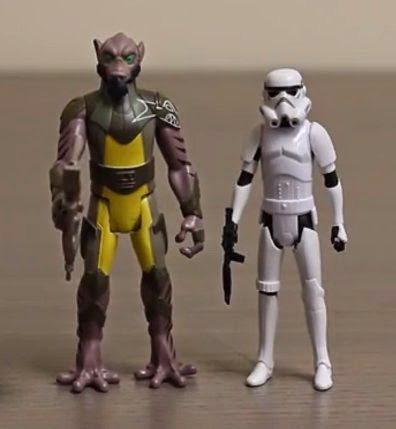 The Rebels action figures hearken back to the old Kenner figures with five points of articulation. I'm not dying to own every item they release under the Rebels brand, but I wouldn't mind having all the main heroes.