Deathbird was part of the Shi'ar Empire from the Clarmont era of the X-Men. You know the aliens involved in the Dark Phoenix saga. Deathbird as her name sort of implies is a bad guy. I picked up this figure from the tail end of the ToyBiz line about a year ago still sealed on card at a sale at my local comic shop. They were selling off carded figures in beat up packages real cheap. She just kind of interested me because of her unique design with the wings an chrome armor. 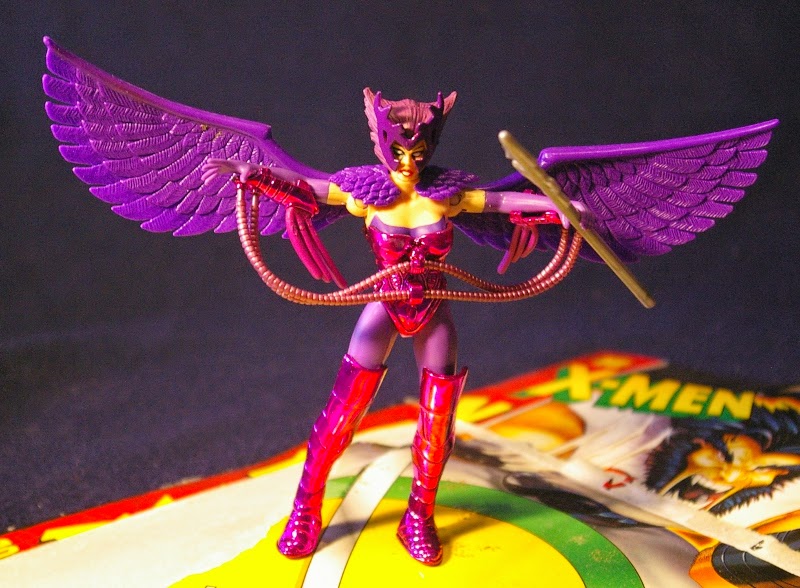 All the armor is removable and only really looks good from the front. Like many ToyBiz figures from this time, Deathbird is not well articulated. She does come with one weapon. It's a staff that looks like something the guards from Jabba's palace might carry. 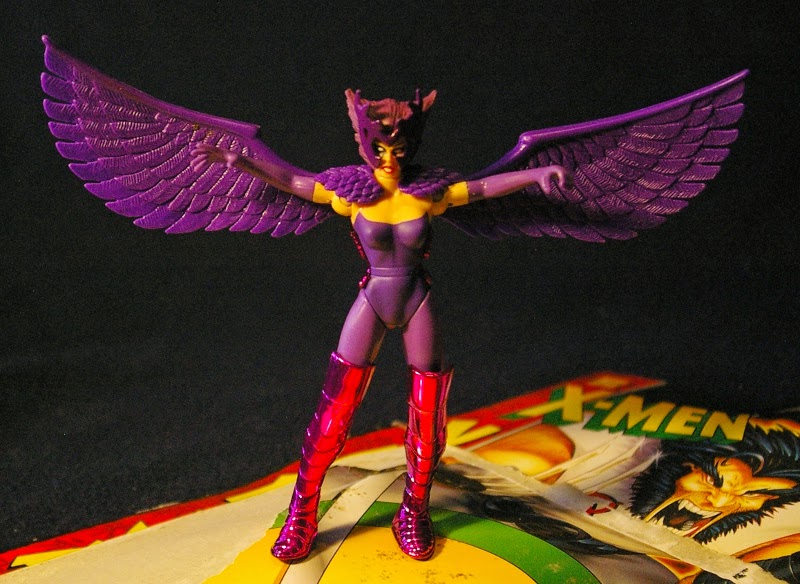 Deathbirds wings actually clip into her arms an so they move together. The back of her arms look really weird if not clipped into the wings. 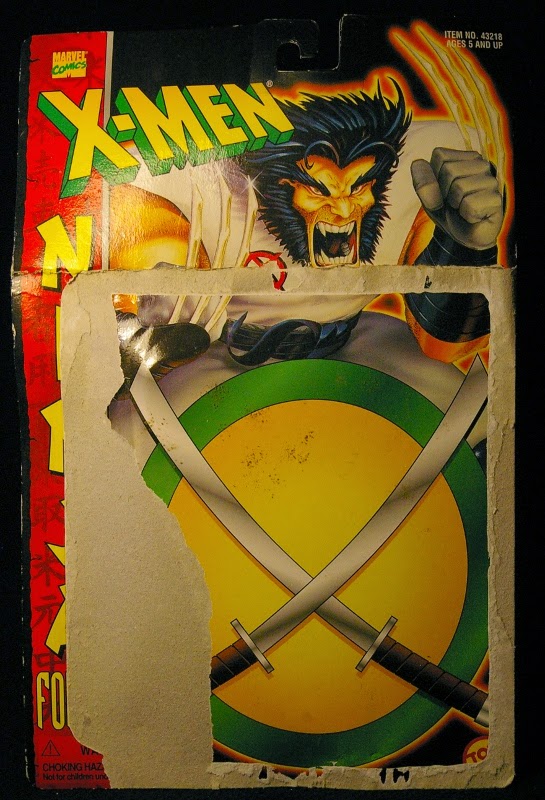 Deathbird was part of the Ninja Force sub-line. Everybody had a Ninja Force from GI Joe to the X-Men. Anything to compete with the Teenage Mutant Ninja Turtles. 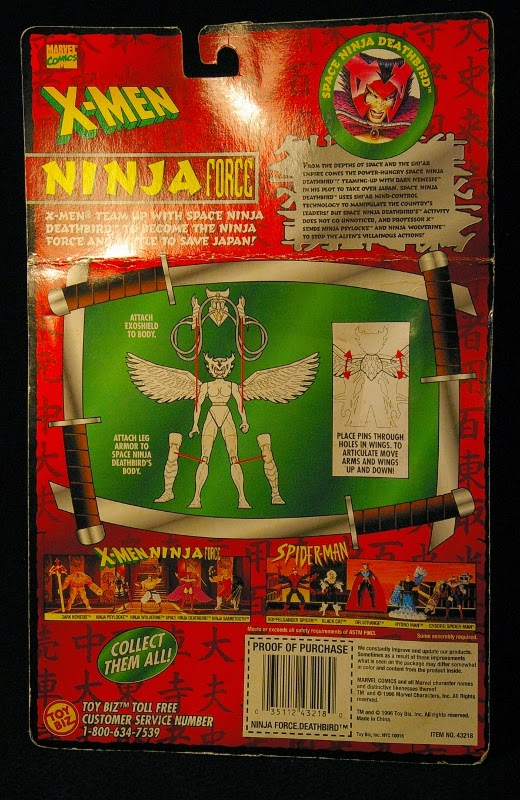 He's a close up of the directions on the back of the package. The artist seemed to make her physique very pronounced. 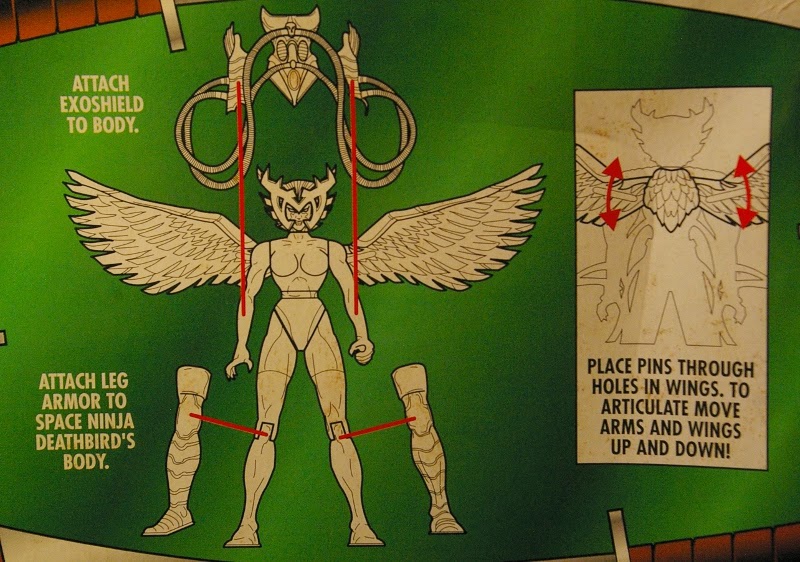