When I saw the Marvel Universe Thanos figure I had to pick him up. One of my favorite things about this line is the fact that there is some scale and different body styles to the line. I love that they make short characters, wide characters, bulky characters, and petite characters as well. 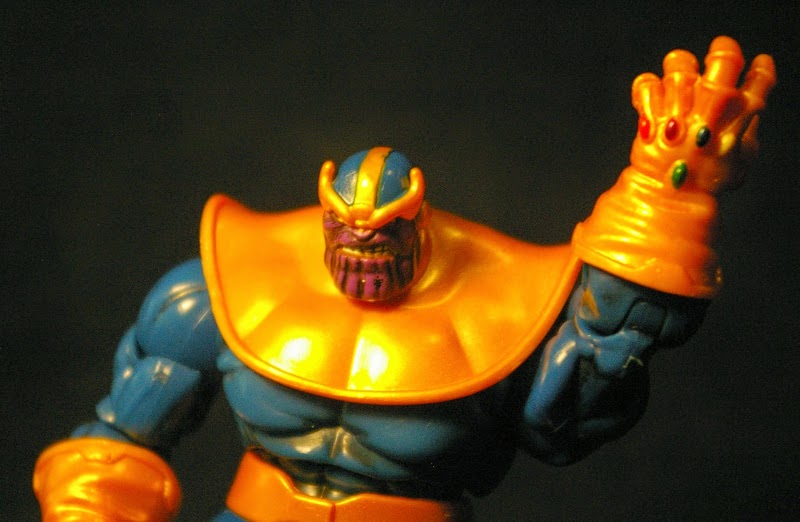 Not to mention the fact that Thanos is wearing the Infinity Gauntlet. This blue and yellow suited god-like super villain was heavily influenced by DC Comic's Darkseid. He's very nicely detailed and decoed. Thanos started as a villain in Iron-Man, but has sort of taken on the entire Marvel Universe. 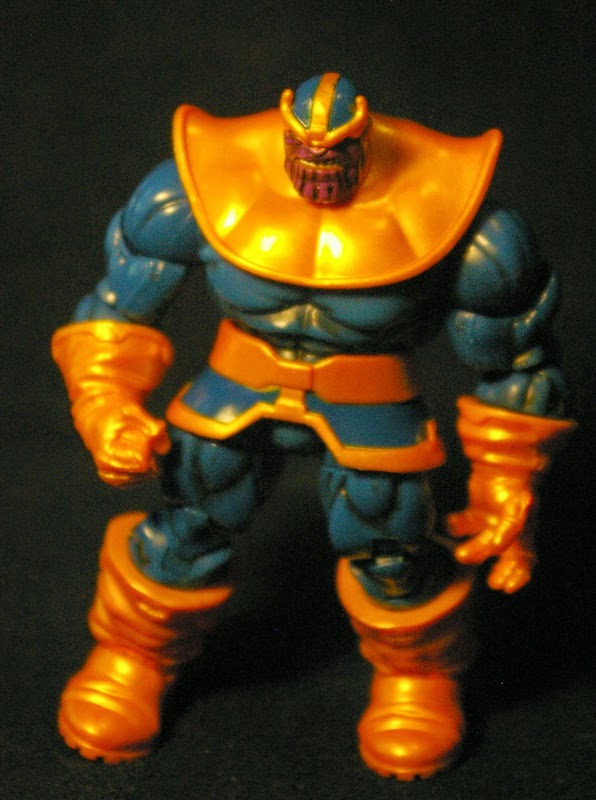 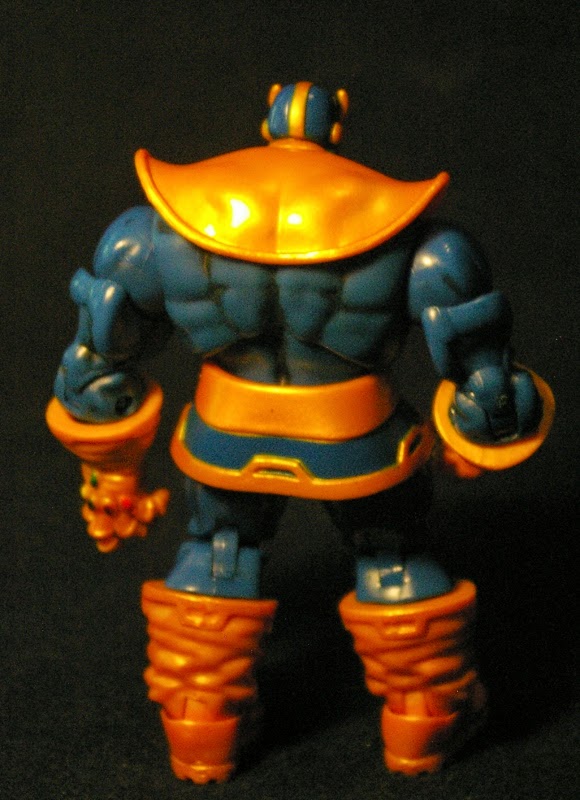