Skeletor's Hover Robots are finally solid pieces of plastic! I wanted some of the guys for He-Man to battle so bad back in the 80's. It was a long wait, but it was worth it. Love these guys. The Hover Knights (as some call them) are the Traveling Convention Exclusive this year. They will be for sale at SDCC and any other Cons that Mattel attends. 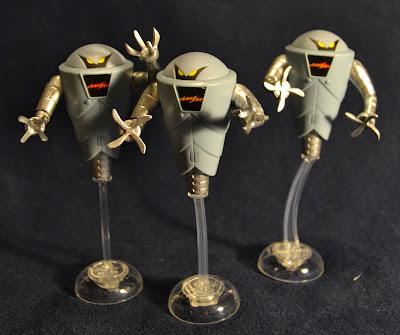 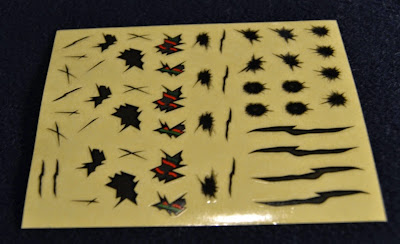 Each robot also includes a set of pinches hands and a set of blade hands. In the Filmation cartoon the robots would often spread their fingers out and start rotating their hands like airplane propellers or saw blades. 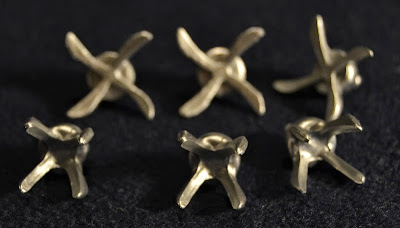