I picked this Two-Face up at a local dollar store a few years back. I mainly got him because I didn't own an animated version of the character. Clearly Two-Face never appeared in the cartoon looking exactly like this, but his sculpt takes it's inspiration from the two different Bruce Timm Batman Cartoons. 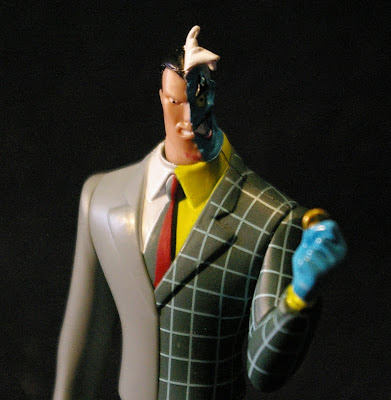 The half solid / half checked suit reminds me of the 80's Two-Face even though the colors are wrong. This figure has some really impressive paint apps. They are all crisp and clean. He doesn't come with any accessories, but he does have his lucky coin sculpted into his scared hand. 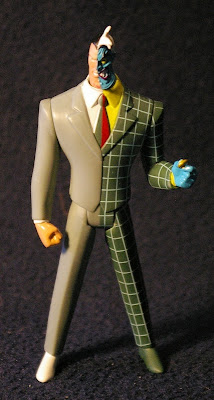 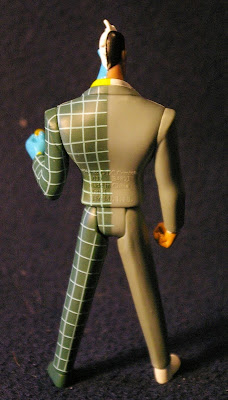 He's Two-Face still in his some what generic packaging. It's kind of impressive that Mattel printed individual cardbacks for a line like this. 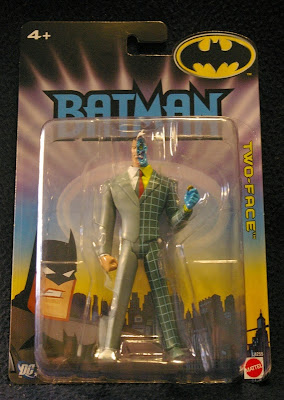