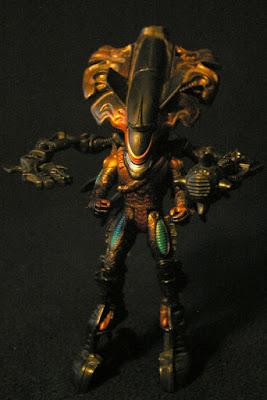 ATAX was one of the Kenner Aliens figures I really wanted as a kid but never got. He seemed so cool with his alien disguise armor. Plus, the suit always made me think of the classic power loader battle from the film. Little did I know, the ATAX isn't the guy... it's the name of the suit. It stands for Alien Tactical Advanced Explorer. So what the heck is the guy with the funky hair cut called?  I bought this guy at my local comic shop a while ago during a sale on figures with messed up cardbacks. His bubble was starting to separate from the backer.

Since Pixel Dan's video today was about the Queen Hive playset, another Kenner Alien toy I always wanted as a kid I decided to make my Halloween post be about a guy dressed up as an alien. 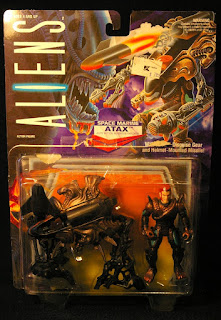 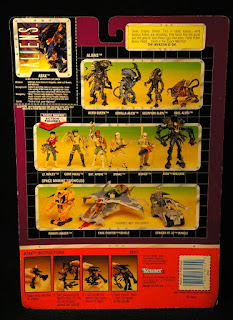 ATAX came on the classic Aliens packaging. I own every figure pictured on the back of the package... but not all the vehicles.

A closer look at the instructions on the back of the package that shows how to put the ATAX armor on what's-his-face. 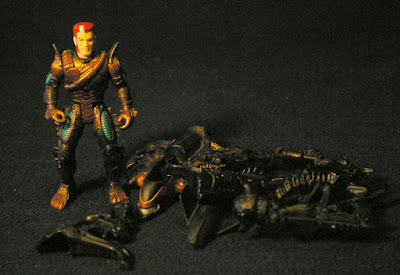 Here is the figure and the armor out of the package. He sure comes with a lot of accessories.He comes with KISS rock bank like stilt boots, power loader like arms, a back harness, and an alien queen shaped helmet that contains a missile. 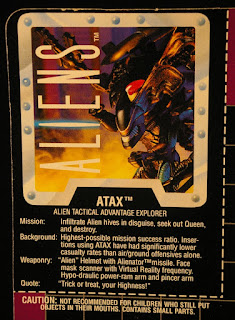 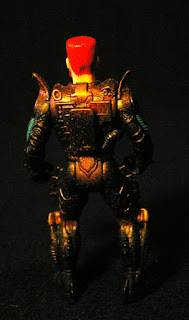 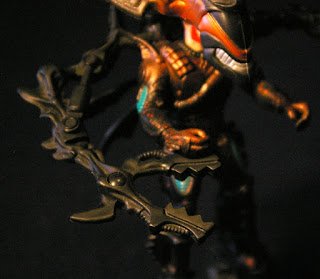 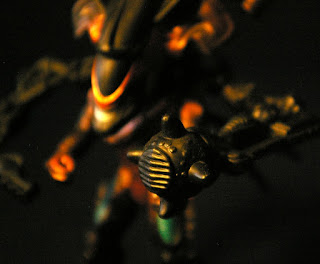 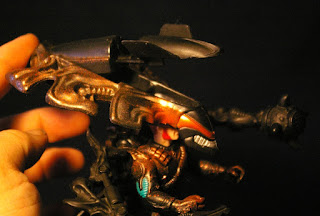