The new Masters of the Universe Classics Rio Blast is based on a figure from the tail end of the vintage toy line. I remember other kids having him, but I kind of bailed on He-Man after the cartoon ended. I liked his flip out guns, but I thought a cowboy was a little odd for Masters. The updated Classics version does a nice job of updating the character. He's a nice toy, but I still don't really care for him. A cyborg cowboy fits more with Hasbro's Cops 'n' Crooks or Brave Starr than a Sword and Sorcery series with a bit of technology. He'd almost fit better with the New Adventures of He-Man characters. 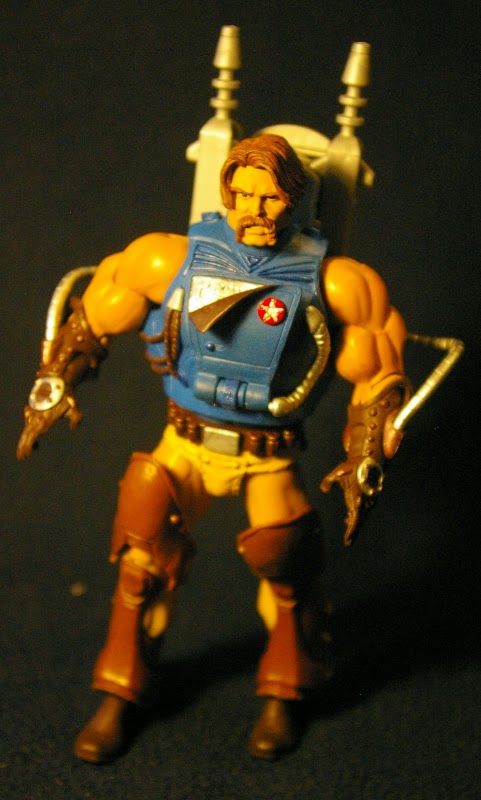 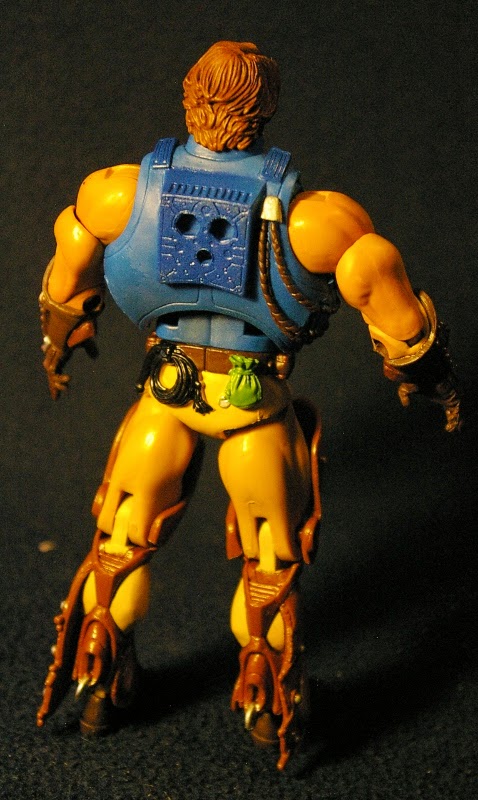 Rio Blast has long hair and an impressive mustache. He wears a blue shirt with tan pants and brown chaps. He's got some techno-wires going from his backpack to his hands as well as on his torso. Rio Blast's main features is that he's the fastest draw in Eternia... or he's got more guns that Skeletor's entire army? 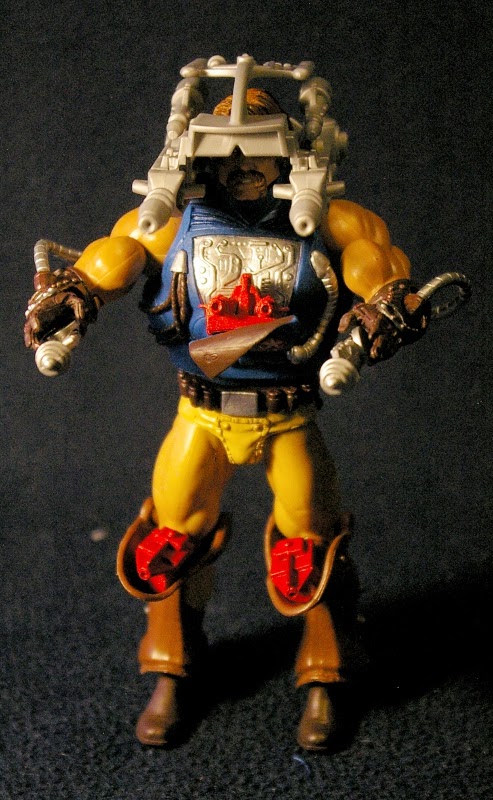 The action feature isn't as slick on this guy as with the vintage version. The feature is well represented in an action feature free line. His back pack can flip up and over his head. He comes with guns that plug into his hands, chest-plate, and chaps. All of these just flipped out of the vintage figure. The Four Horseman did a great job sculpting him and he's got tons of great details, but he's just not my favorite character. 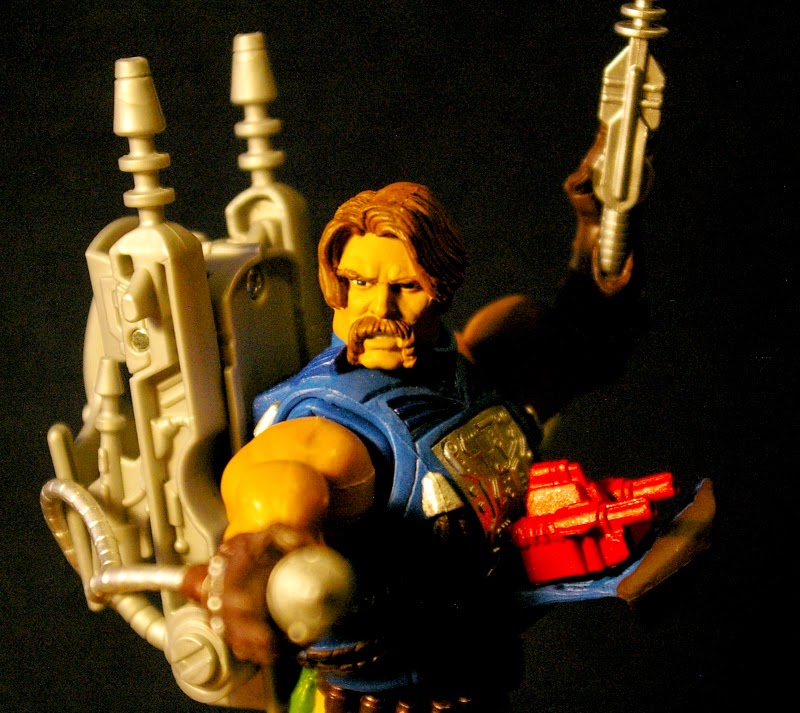