In the She-Ra Universe, Bow was the main man of the Rebel forces. He's faithful steed was fittingly named Arrow. In the vintage toy line Arrow was a blue horse with wings while in the cartoon he was a tan horse with an orange mohawk. For the classics line Mattel decided to go with the cartoon look, but packed in a set of wings just in case. 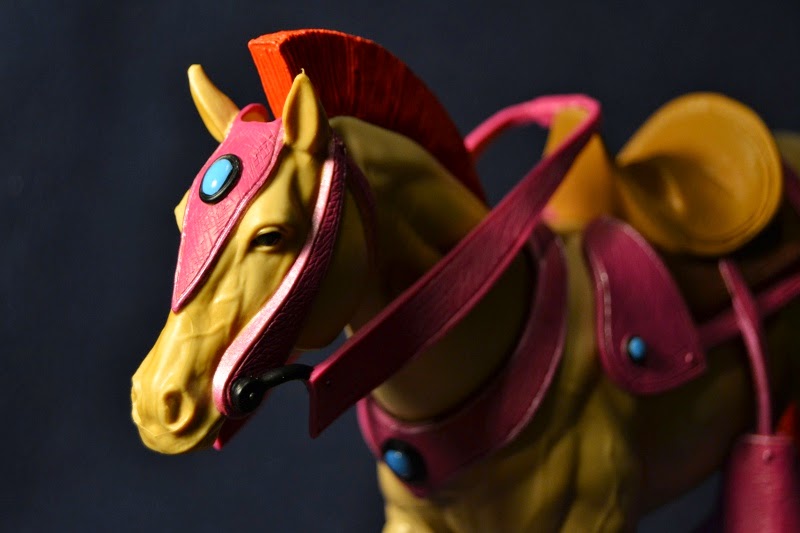 Just like in the Filmation cartoon, Arrow is decked out in a pink saddle and reigns. This figure shares many parts with the previously released Swiftwind. One cool addition is the pink saddle bags at the front of the saddle that hides the holes were the wings plug in. 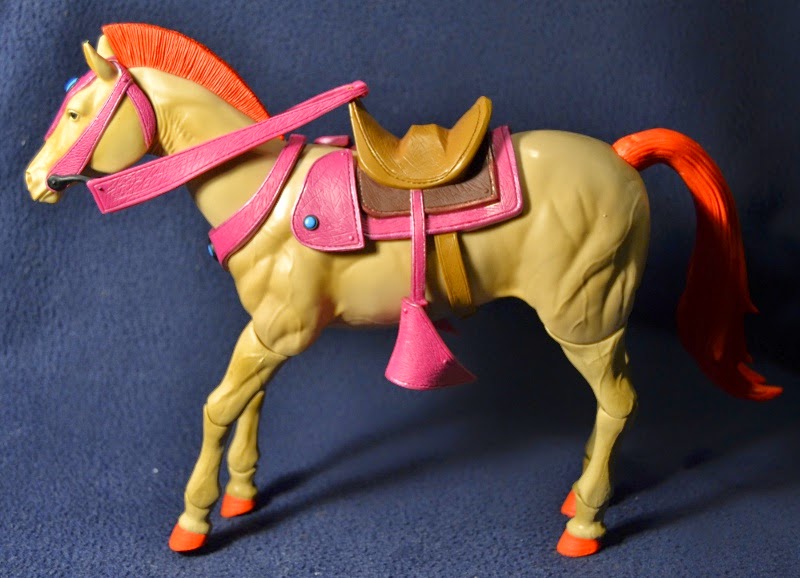 Sorry I didn'y feel like digging Bow out of my display case, so you'll have to settle for Man-At-Arms. Unfortunately you can't really get the rider's feet to fit in the stirrups. 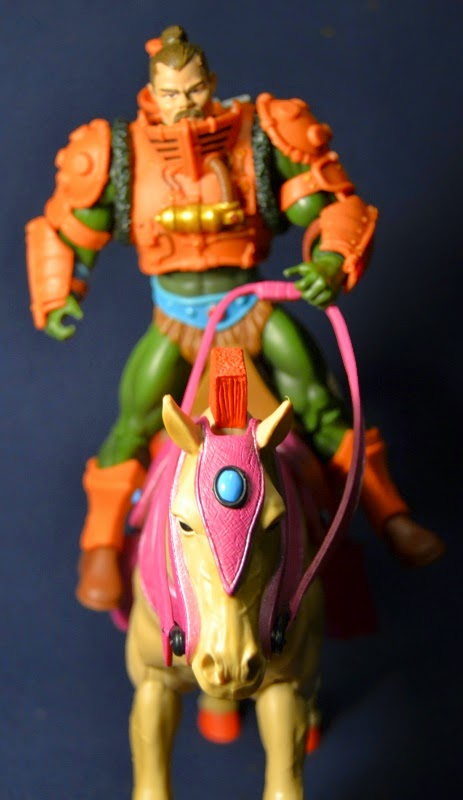 Arrow shares wings with Swiftwind and the Griffin. 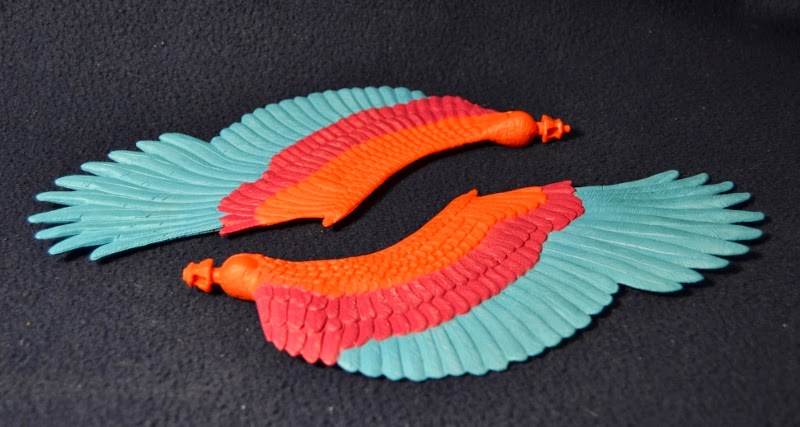