A couple weekends ago I got a message from my buddy Mike, that he and our friend Tony were going to hang out at the Sellersville Auction because they were having another toy sale. I've been there a few other times and purchased some stuff. The auction was even featured on an episode of Toy Hunter. So I decided to meet them there.

We checked out all the lots during the preview period and then went to check out a local antiques mall while they auctioned off the trains and die-cast cars during the first half of the auction. When we got back to the auction they were giving away door prizes because it happened to be the 100th auction held there. My buddy Tony asked me if I had my bidders number, and as I pulled it out of my pocket they called my number. I won a $100 Visa Gift Card! What a lucky day.

I had my eye on a carded Rancor Keeper from Kenner's Return of the Jedi line. So now I knew I had to get him. He was in a lot with a carded Teebo from RotJ as well. The Rancor Keeper has a special place in my heart. When my buddy Derek and I used to play Star Wars (and we did all the time) we used to make up goofy outfit accessories like belts and arm wraps for each of our Rancor Keepers out of twist ties we'd take from the produce section of the grocery store. My other buddy Brian used to always say the Rancor Keeper was his favorite because he's the only character in Star Wars to cry. 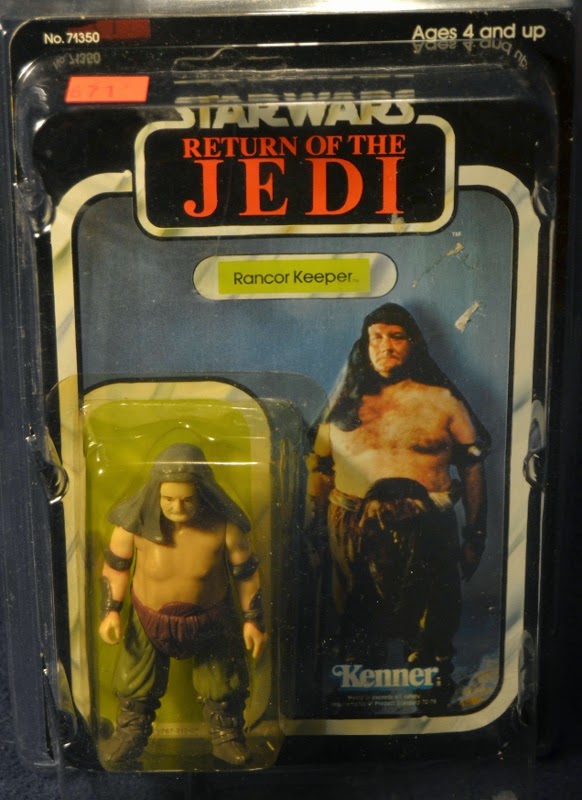 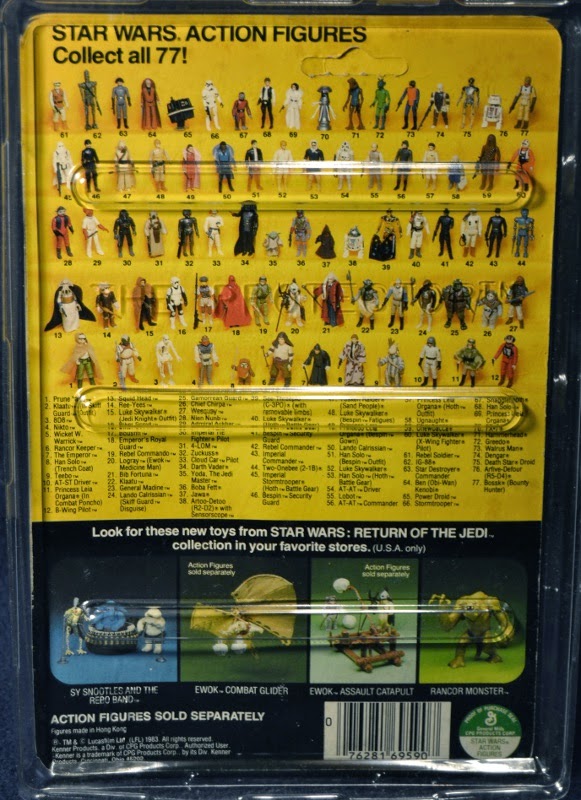 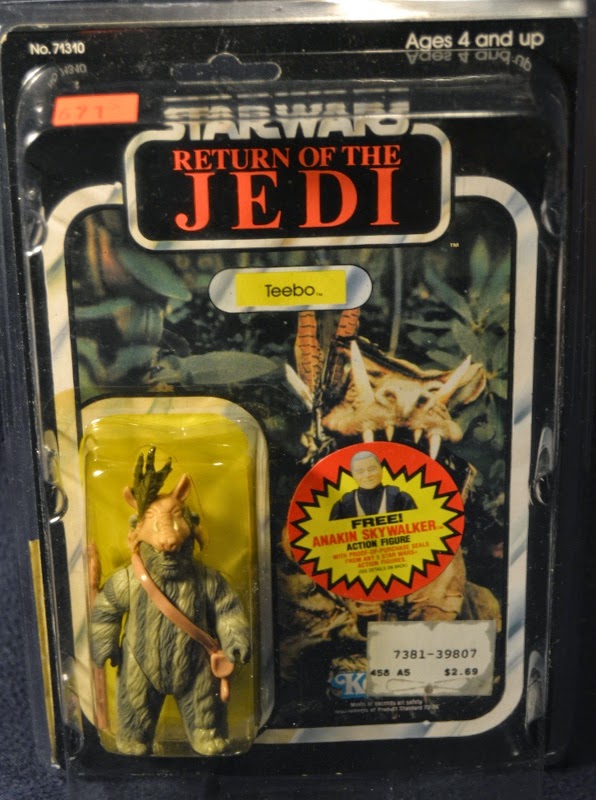 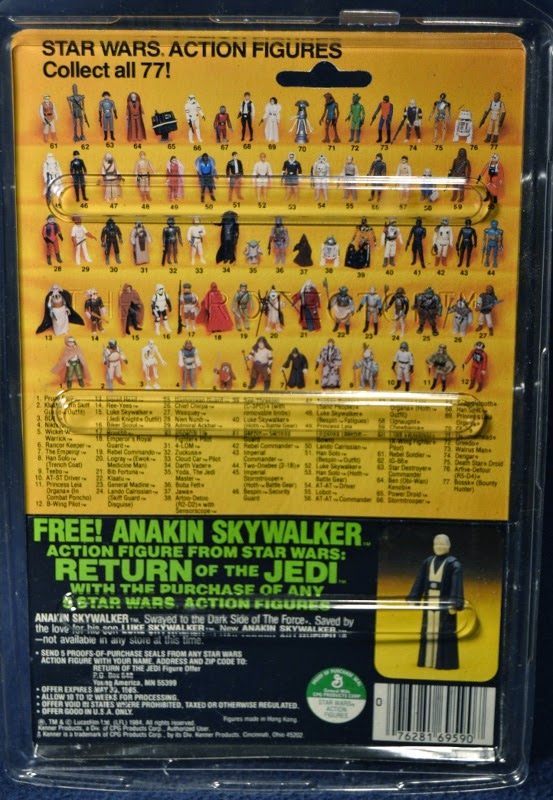 When the slapped the Mail Away Promo sticker on the front of Teebo's package they decided to cover up his ugly face. It might have helped him sell better. The action figure is far cuter than he looked in the film. 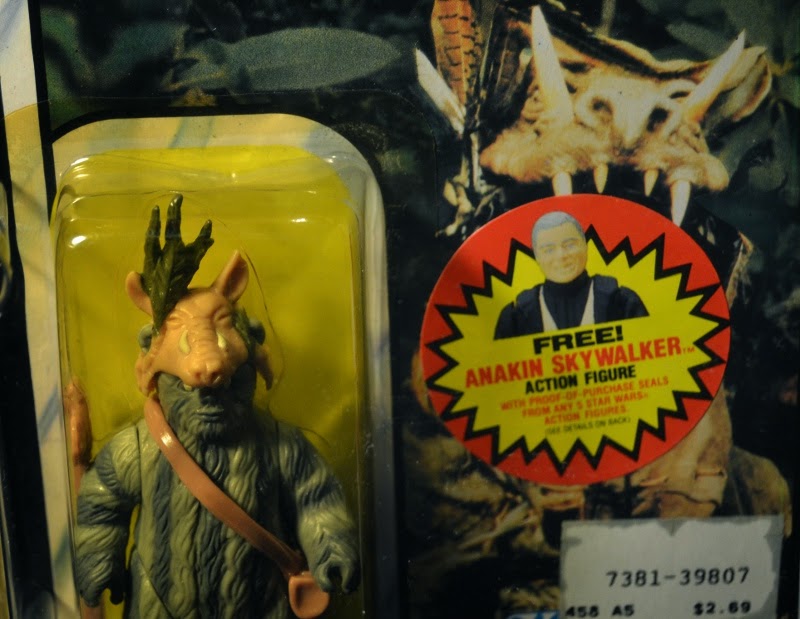