Let me start off by saying, I know Madame Razz is really annoying. She even annoyed me as a kid, but I've been waiting for her to come out as a Masters of the Universe Classics figure for quite some time. Razz is one of the few people that knows Adora's secret. This makes her an automatic main character. She and Broom are in every episode of the show. She's the She-Ra equivalent of Orko (I think he's funnier that she is). 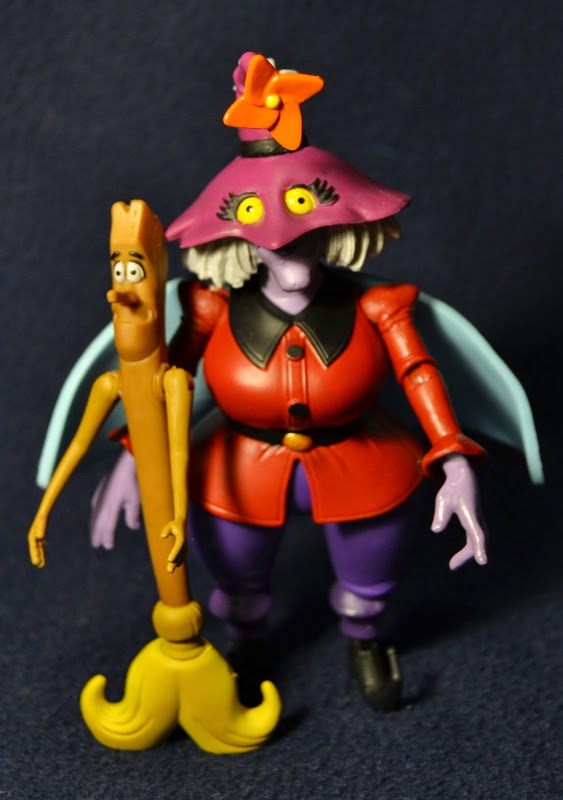 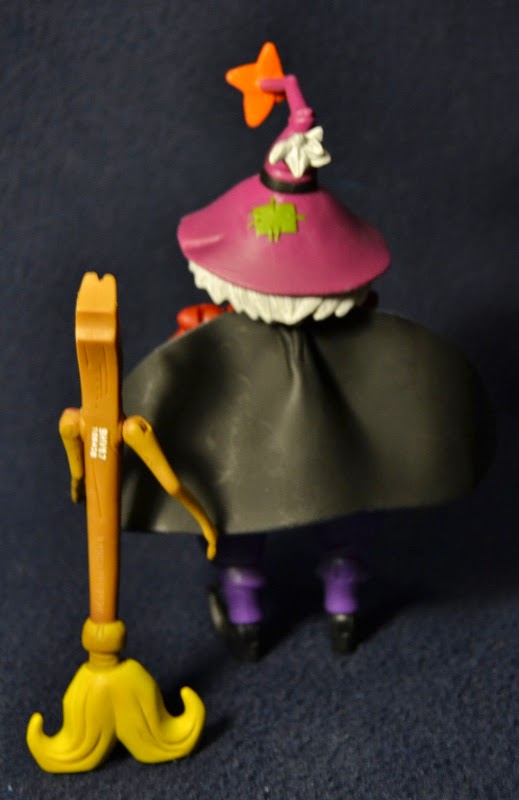 Madam Razz is a powerful sorceress (seems more like a witch) who can never cast a spell because she always messes up the magic words. Here friend/slave/bodyguard/mode of transportation (not sure?) Broom is an anthropomorphic house hold cleaning device that plays straight man to Razz and provides here with a Broom to ride when she flies around. They should have redone the George of the Jungle theme for her. Razz, Razz, Razz of the Whispering Woods, Watch out for that Tree! I don't think she successfully landed at any point in any episode.  Both characters were created by Filmation for the animated She-Ra: Princess of Power cartoon and have never been made into action figures before. 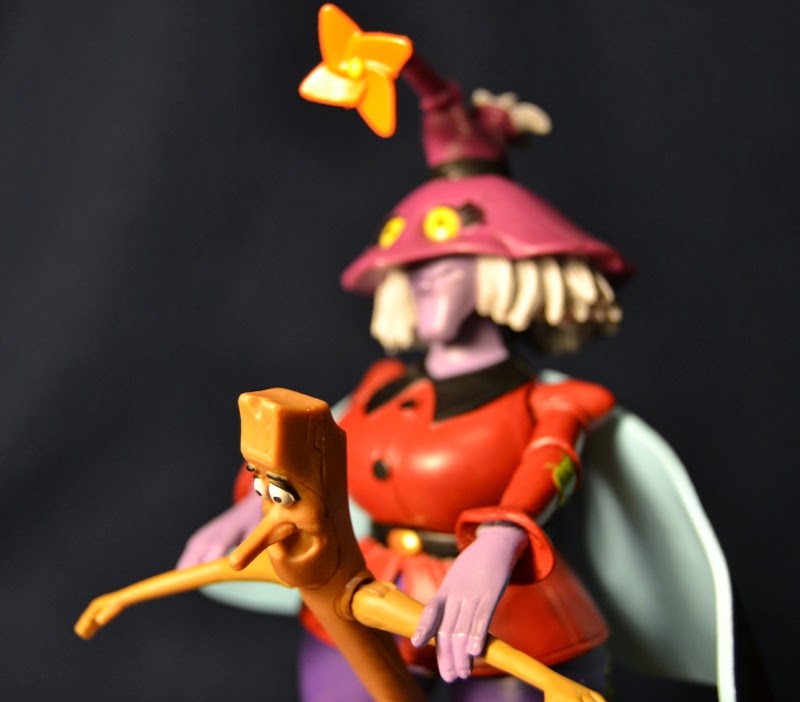 Madam Razz is a purple skinned twiget who is short compared to human characters, but much taller than the rest of the twiget characters in the show. She wears a red shirt with purple pants and a cape. Her most memorable piece of attire is the hat the covers most of her face. In fact, her eyes peak out through the hat. Not sure if there are holes cut in the brim or what. Broom is a tan wooden handle broom with yellow straw parted in the middle to form feet. 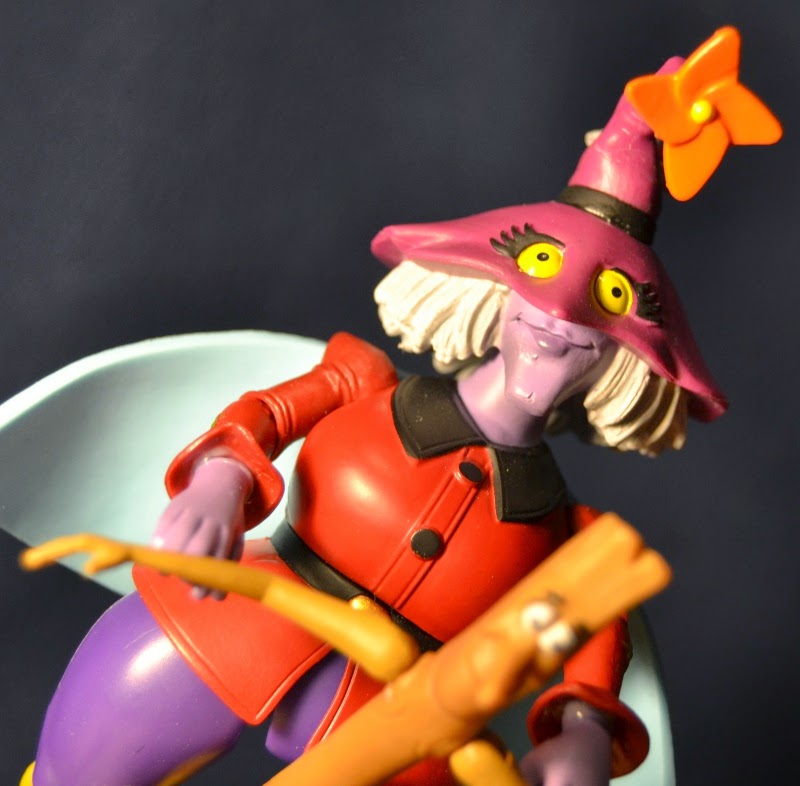 Razz is nicely articulated, but less so than other Classics figures. Broom who is treated like an accessory has just joints at his shoulders. They are a great pair of figures and long over due to fans of the old cartoon/
Posted by Buzz Chuck at 5:53 PM