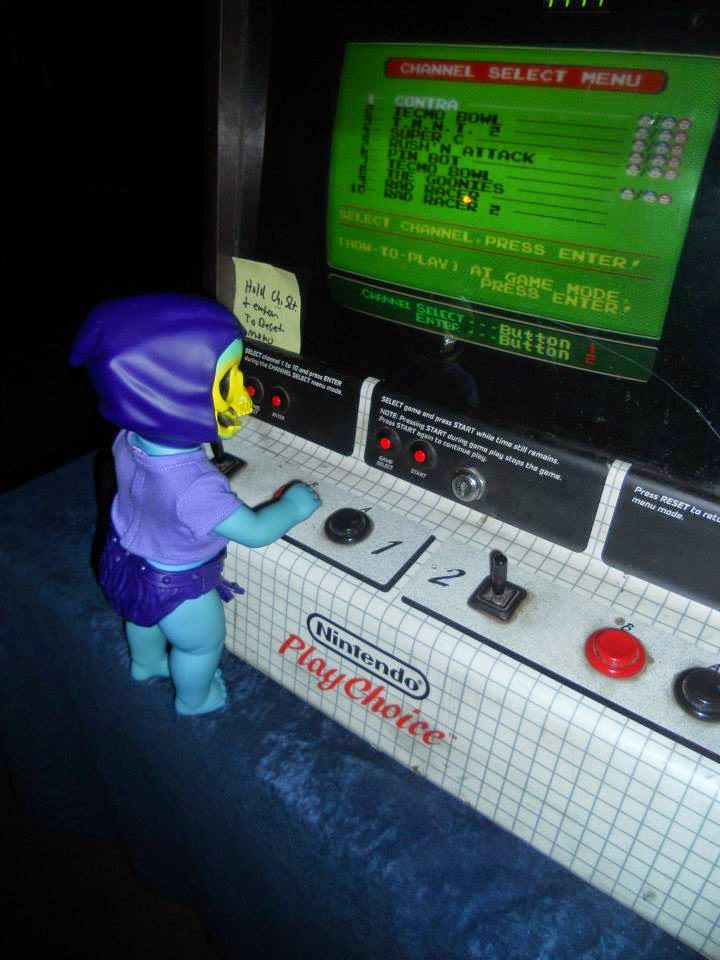 I've been to a lot of Conventions over the years, but never any of the insanely huge cons on the level of San Diego Comic Con. This weekend Baby Skeletor and I journeyed down close to Washington DC to check out MAGFest. This convention focuses on Video Games and Video Game Music.

It's about a four hour trek from our where we are in Pennsylvania. The slowest part of the trip takes place right after we left. Rush Hour traffic on 95 past Philadelphia is always tricky.

We battled the rain the entire way down and unfortunately I kept missing signs or being in the wrong lane but I had a real hard time finding how to get to National Harbor Maryland. I saw the resort from the highway a couple of times. You can't miss the giant lighted Ferris Wheel. We eventually made it and met up with our friends. 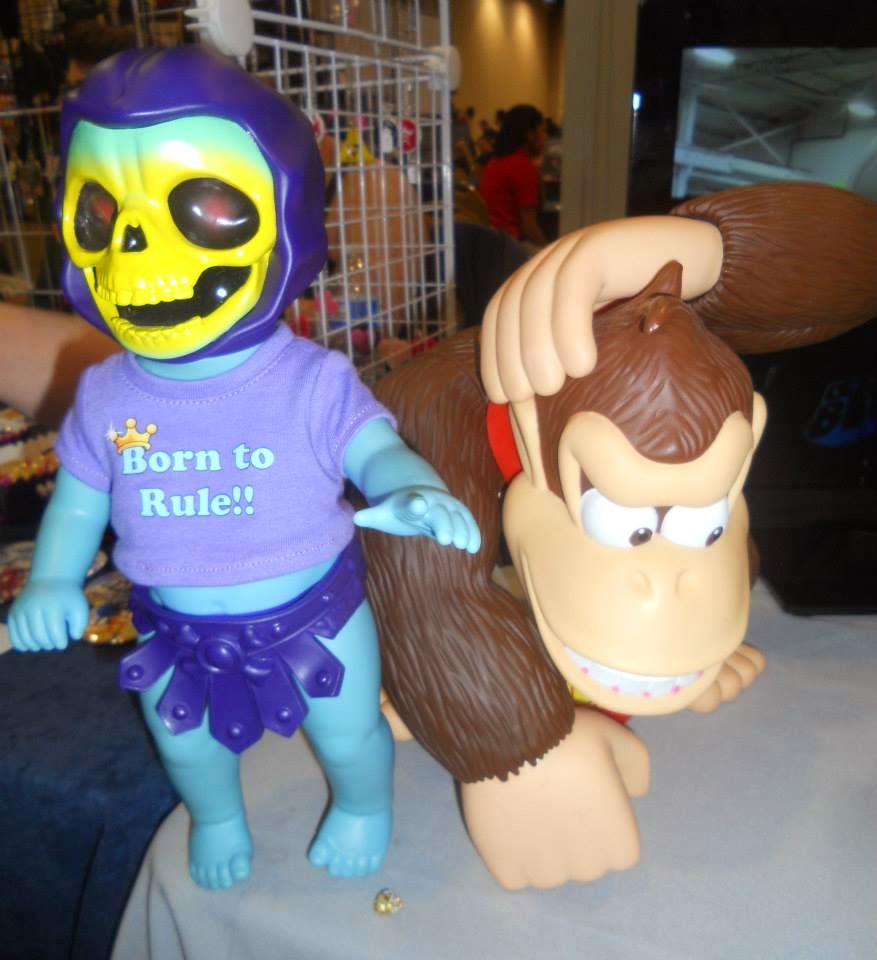 Here's a shot of Baby Skeletor hanging out with Donkey Kong at the Too Many Games table. TMG is our local (smaller) version of MAGFest. We knew a couple vendors and groups set up in this area of the Vendor Room, so it served as a base of operations and a observation deck for people watching.

MAGFest runs 24 hours a day. They have a huge arcade set up. The noise in that room is indescribably. It's total sensory over load. There are probably over 100 computers and arcade machines all constantly running.

There are panels going on in four different rooms. There are gaming areas for LAN play, board games, card games, plus random dance parties break out in the halls. On top of that a schedule of concerts from various chip tune artists.


Lots of Cosplay at MAGFest as well. Video Game characters are the most predominate costumes, but there were also cartoon, anime, movie, and celebrity costumes to be seen as well. 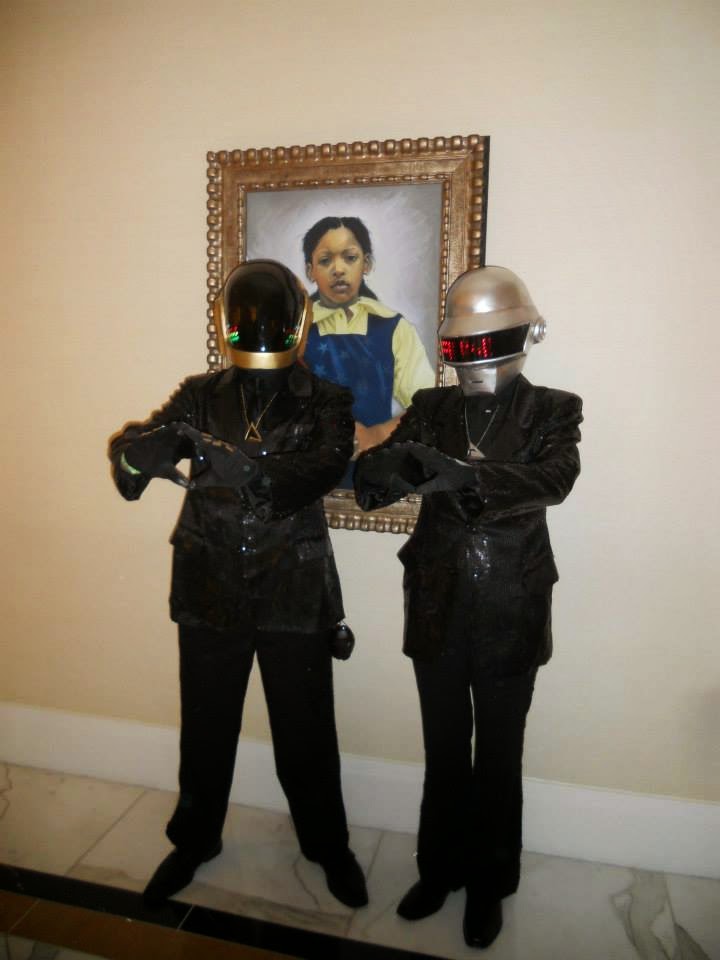 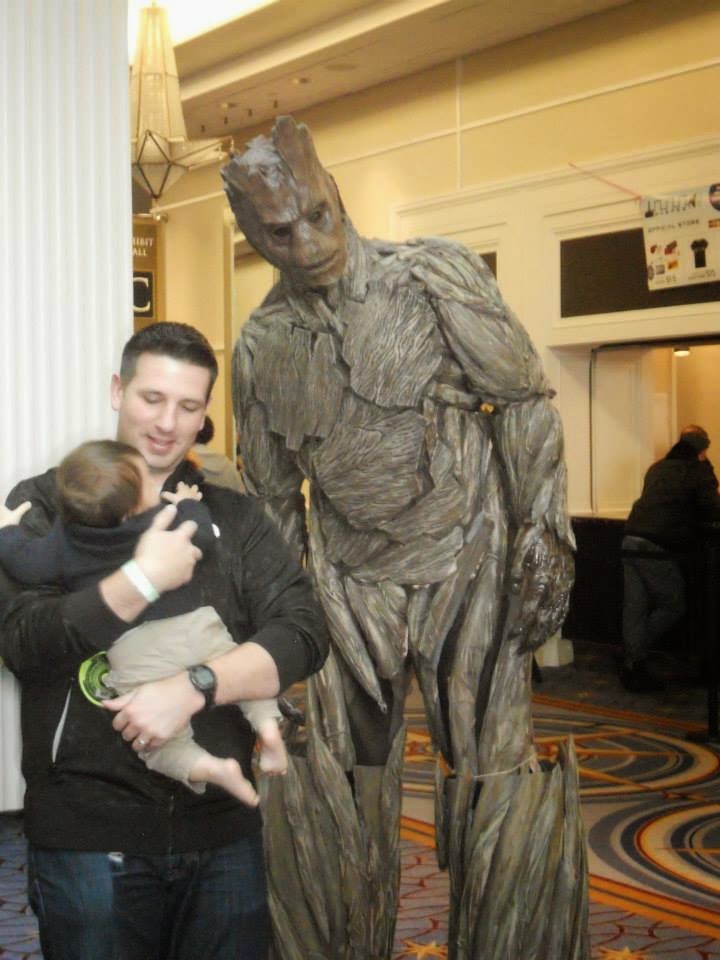 Daft Punk and Groot from Guardians of the Galaxy Costumes 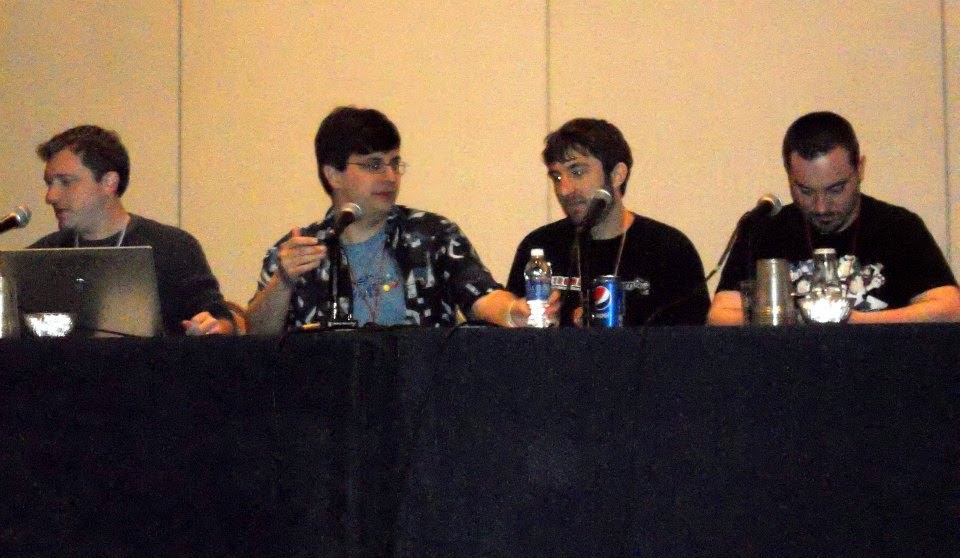 Retroware TV had a panel where they did a live version of their show, Thee Video Game Years. 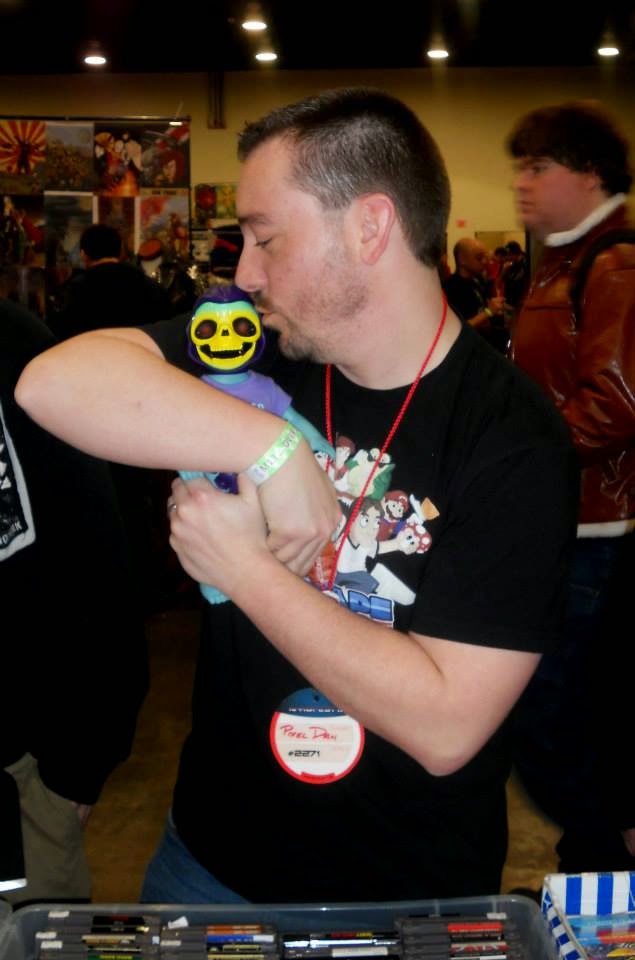 Here's a shot of Baby Skeletor getting some loving from Pixel Dan.
I had a great time talking toys with Dan. 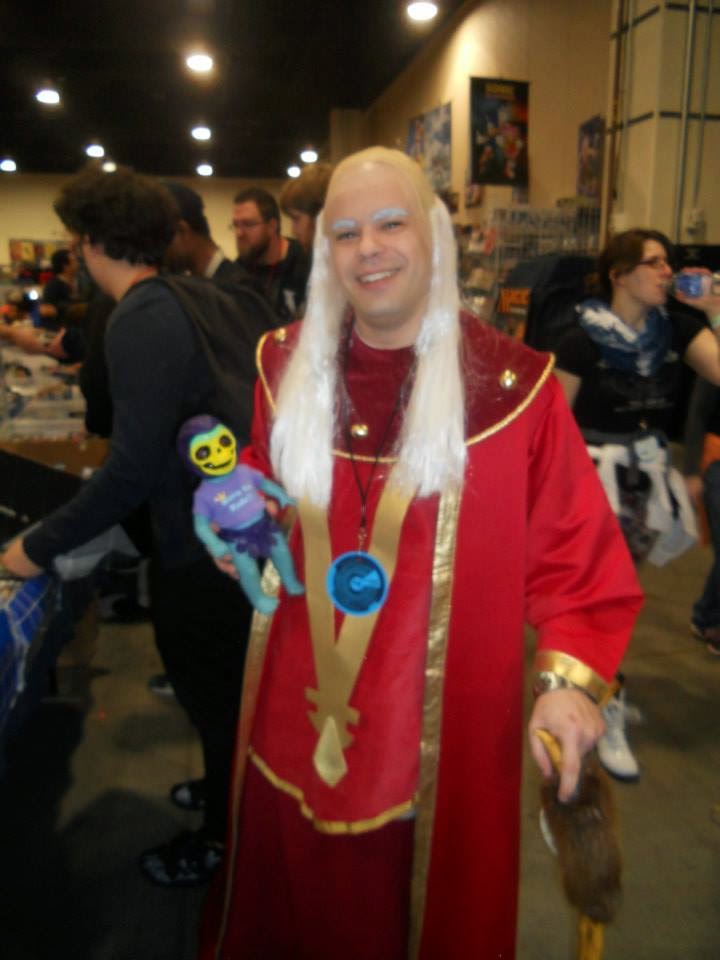 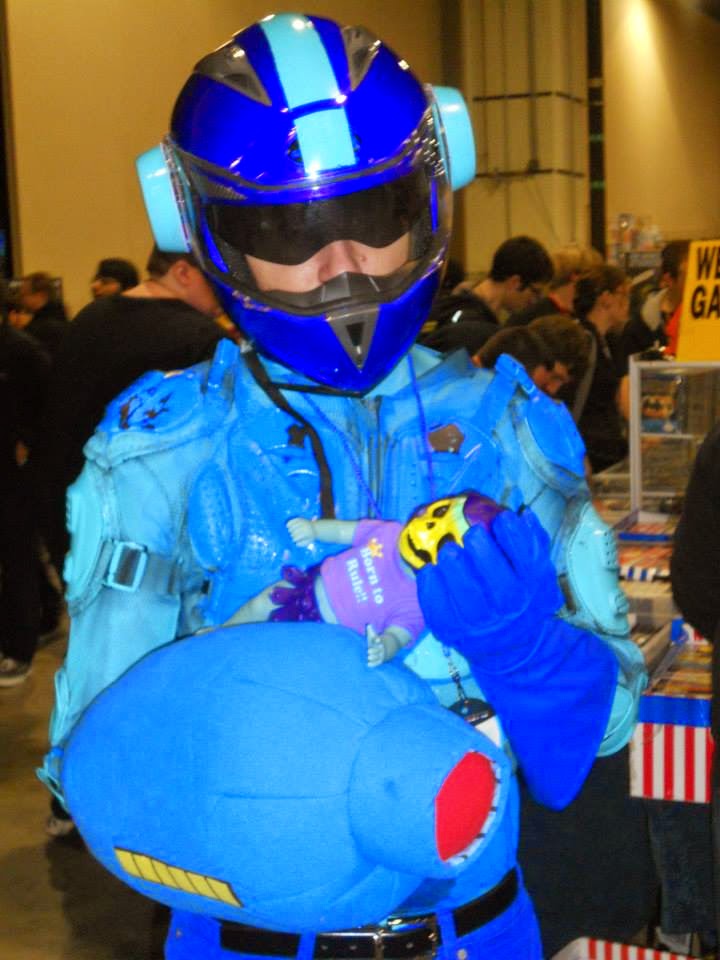 Here's Baby Skeletor with the Dungeon Master from the Dungeons and Dragons cartoon as well as Mega-Man. 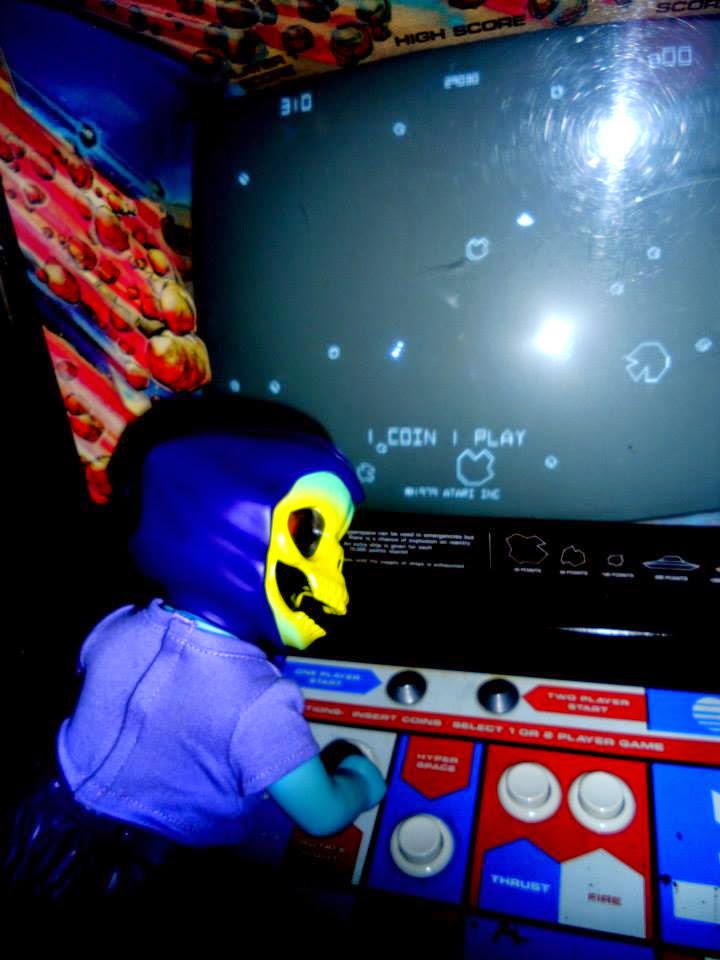 One last shot of baby Skeletor playing in the arcade.

In the vendor area there was tons of vintage video games, hand made pop-culture art, anime and manga stuff. The resort were MAGFest was held is incredibly huge... and kind of confusing to navigate.

We had a great time hanging out with a bunch of friends, checking out the sights and sounds of MAGFest. I recommend attending one of these super conventions if you ever get a chance. It's a crazy good time.
Posted by Buzz Chuck at 3:41 PM