Apocalypse was a villian I was introduced to early on in my X-Men fandom due to the ToyBiz line. Unfortunately I never owned an issue of the comic he was in so I had a hard time figure the character and sort of just used him as a henchman for Magneto. Eventually I would go on the learn just how powerful he was. 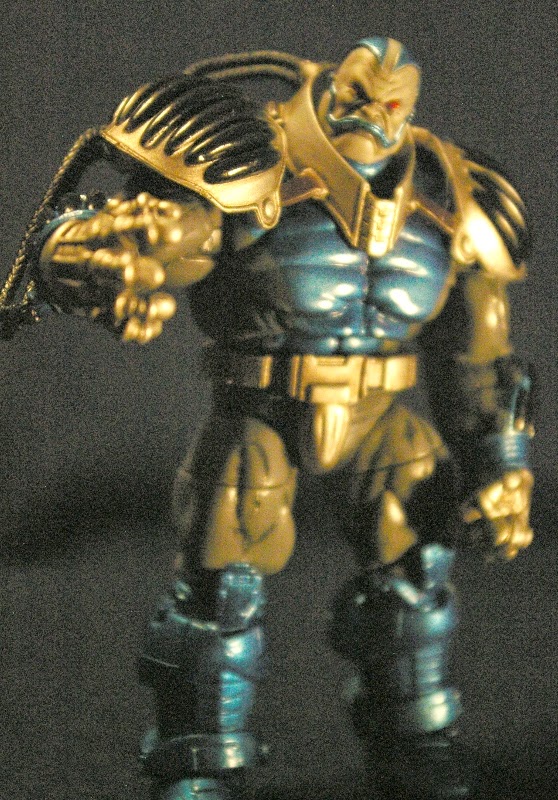 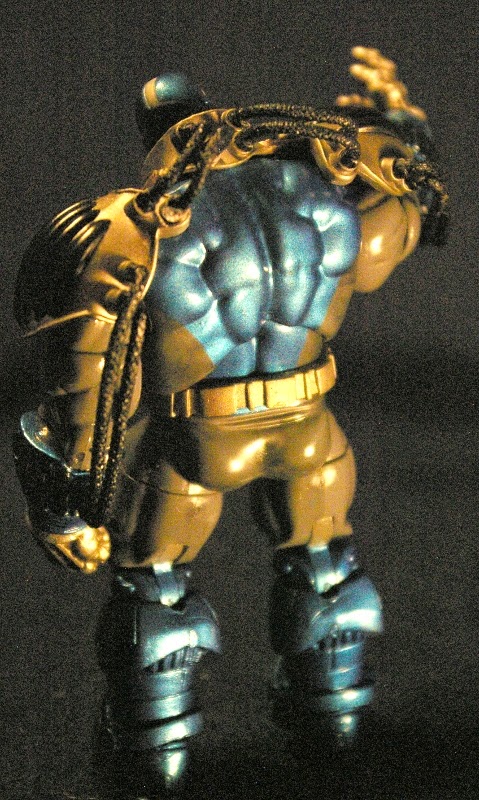 I've been collecting a lot of the X-Men characters from the Marvel Universe line. When Apocalypse came out I snapped him up. Dressed in blue and gray armor this guy has a bulky sculpt. He's pretty intimidating and I like this body type better than the thin as a rail ToyBiz figure from my youth.
Posted by Buzz Chuck at 10:45 PM