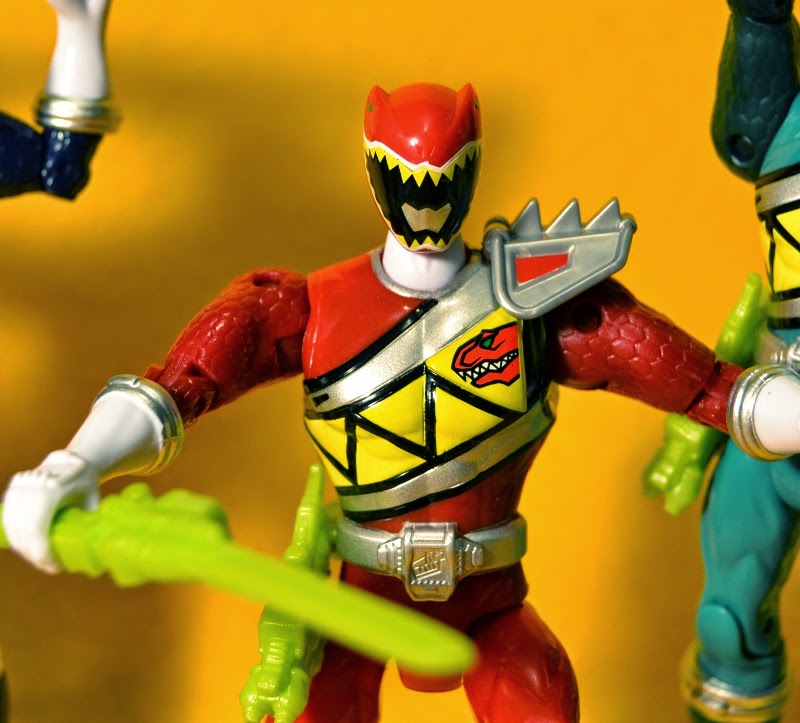 Over at Super Exciting Outrageous Toy Review I got the chance to check out the new Dino Charge figures. They are just like the MegaForce figures, but larger like the Super MegaForce (Pirate) Rangers. They have articulation at the neck, shoulder, elbow, glove, hip, knee, and boot. 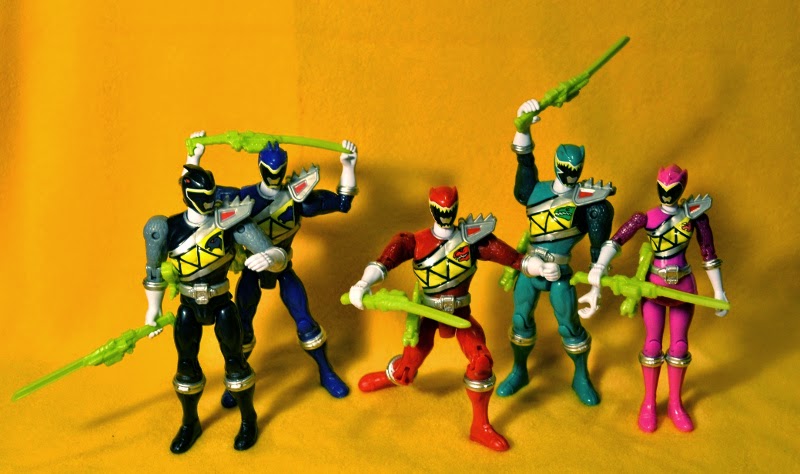 The Dino Charge Rangers all come armed with both a blaster and sword. I think the swords actually convert into the blasters in the show, but I'm not sure. This is a common feature of Power Ranger weapons in the show. The toy blasters have a little peg that can be plugged into their hip. 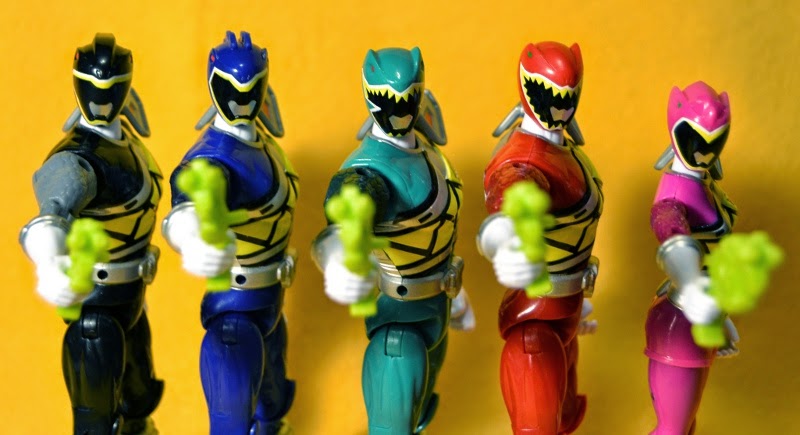 I personally like the Green Ranger's face mask the best. There are going to be more additional Rangers this season, so I'm sure there will be a second wave of these figures. It cracks me up 22 years later and the Ranger figures are still bulky body builders while the actors playing them are skinny Asian guys. 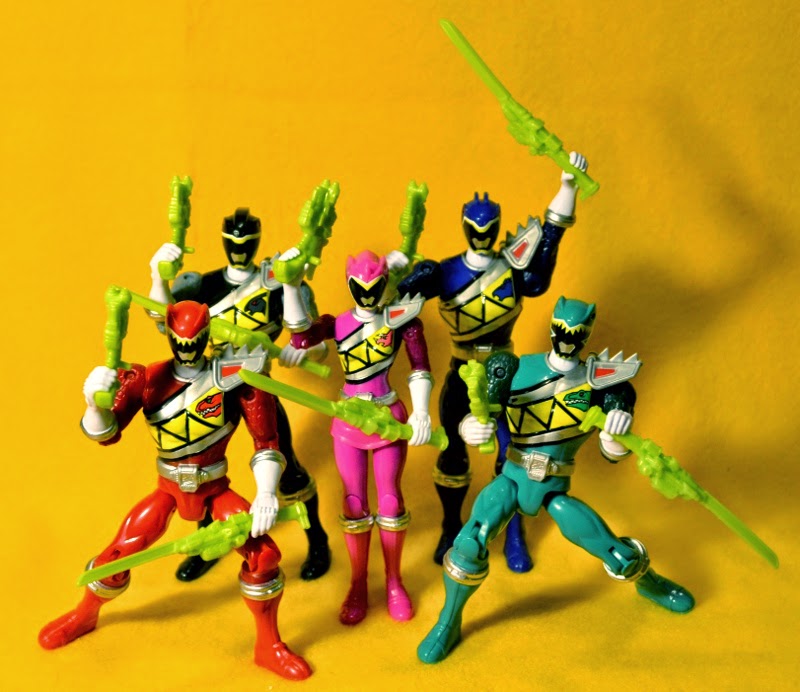 I found conflicting names for some of the American versions of the characters. The Green and Red Ranger specifically. I'm not sure if the names online or the toy packages are correct for the teenage characters who morph into Rangers.