Laser Batman is one of the wacky variation figures released of Batman in the Batman Beyond line. He's decked out in green, yellow, and silver armor. My favorite detail is the sculpted on flames coming out of the thrusters on the back of his boots. 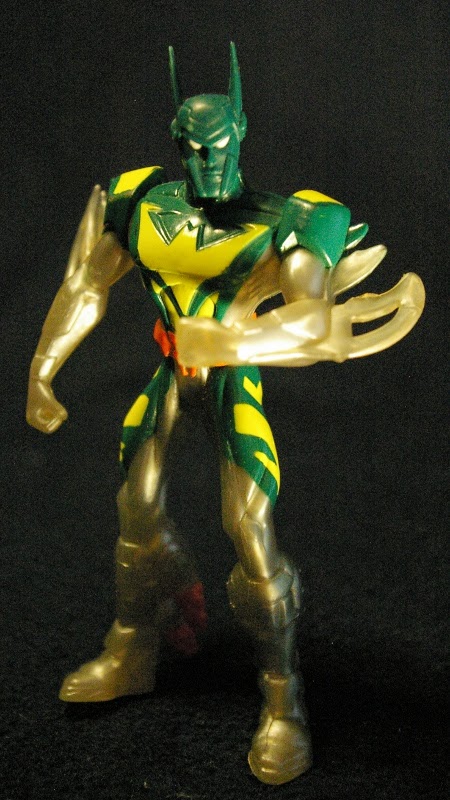 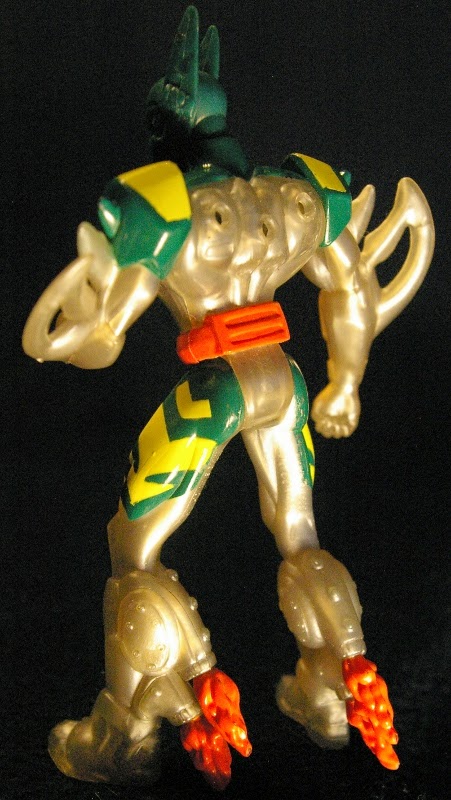 I got this Batman figure in a lot of late 90's toys my mom picked up for me years ago. He's missing his Hyper Flight Gear and Pulse Missile. Originally he came with clear plastic orange wings that fired  blue missile. These items were lost by the original owner. He's kind of an interesting figure and I've considered painting him black and red to make him look more traditional.