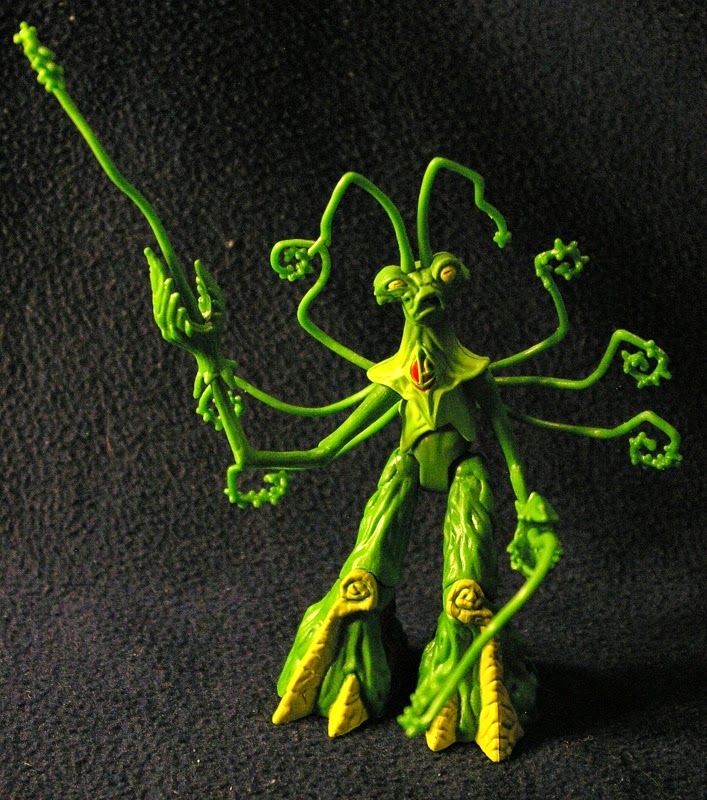 This tall green plant based mutant gave the Turtles a real run for their money on the show. His figure might be a little short for his apearance in the show, but is a great likeness to the animated character. He's basically a tall green plant monster with skinny vine arms. 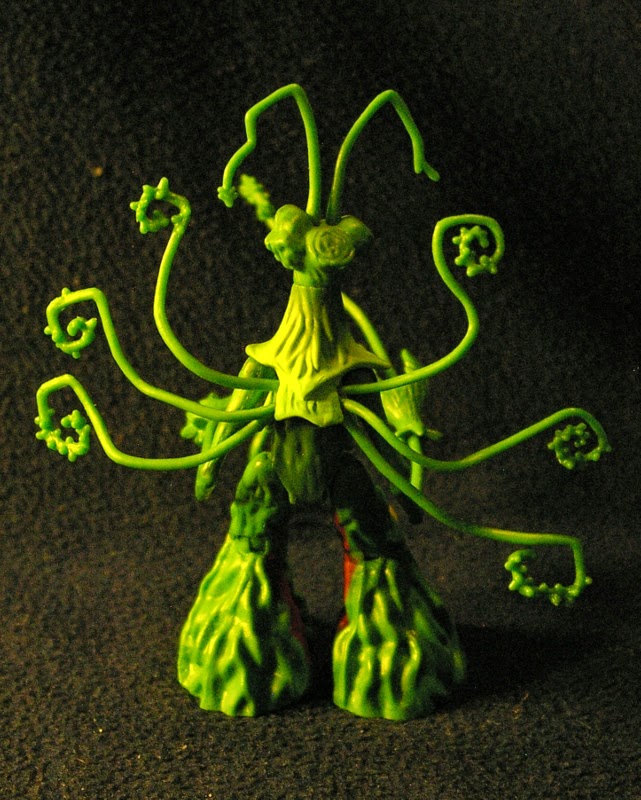 Due to his large feet, Snakeweed stands very well. His two main arms have pincher type hands that each have a vine coming out of them like a tongue. The vines that come out of his hands as well as his antenna needed to be attached after he was removed from the package. 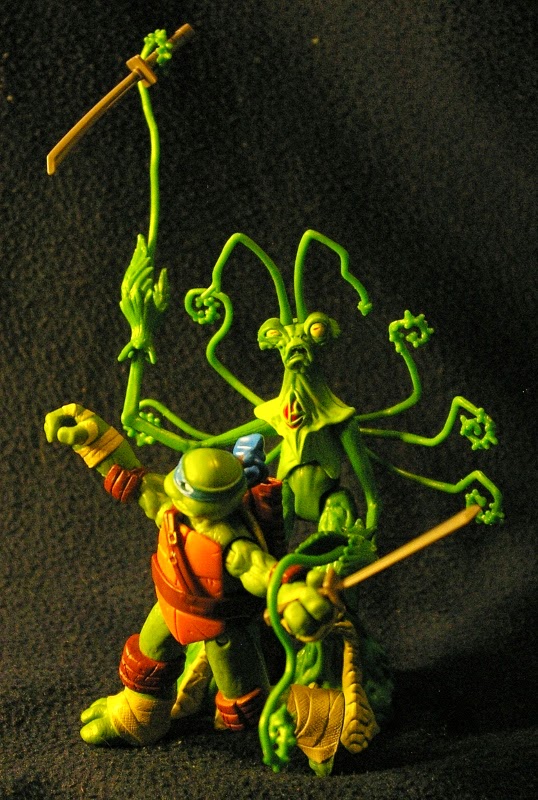