I just bought a hard drive case that allows me to use an old internal hard drive as a USB external hard drive. I was going through files from three computers ago. Long before the Action Figure Adventures blog existed. I found some fun photos that I figured I'd share here. I forgot to blog on AFA's third anniversary... so this little look back on some older projects will have to serve as a history lesson as to how AFA came to be.

In high school and college a couple of my buddies and I were into stop motion animation. We were also really into making websites... by hand. We literally typed out html code in notepad. During my senior year of high school and freshman year of college we actively pursued both hobbies. We were making animated shorts that would get edited into episodes of a show called Animation Creation. 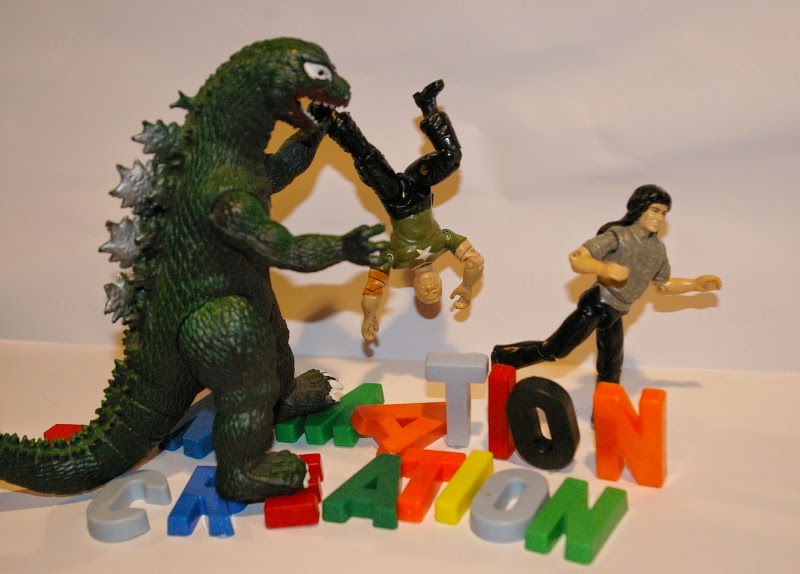 Each episode consisted of several short animations as well as a longer feature piece. Then the episodes were wrapped up with a little commentary about how the show was made. This was delivered by custom action figures that were supposed to represent myself and buddy Derek. The figures they selves were actually based on characters we played in a live action movie we made. Towards the end of this series we began planning the next animated show Action Figure Adventures.

At the same time we started a new website that we could post funny articles and links to our videos on YouTube. The site was called Obscene Newg (if you've ever noticed my YouTube channel name). My buddy Brian did the graphics work. I posted about toys and comics. Other friends supplied poems and narratives. It was a pretty goofy website, but it was basically if my four best friends all ran a blog together... before there were blogs. I've re-posted some of my work from Newg here on AFA a couple of times. 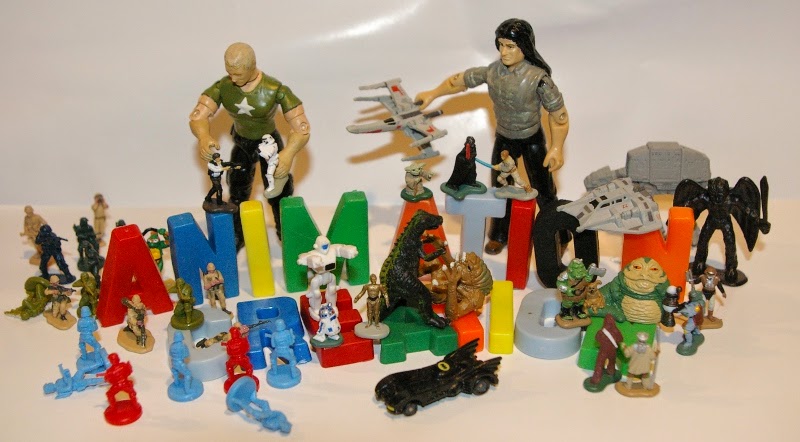 As we worked on Obscene Newg my buddy Brian told me that I should consider doing my own site. I would send him articles more often than he was willing to post them because he liked to have an author rotation on the updates, but some of our friends didn't submit items very often. Many of my articles were lost to the ages waiting to be uploaded. Eventually blogging became a thing, Brian said I should do a blog were I show off my toys and explain how I got them and goofy stories about what I thought of them as a kid. My other buddy Derek told me to make a blog that we could use as a platform to announce the animated Action Figure Adventures show from, since it was finally getting edited. I started this blog and it's grown from there. 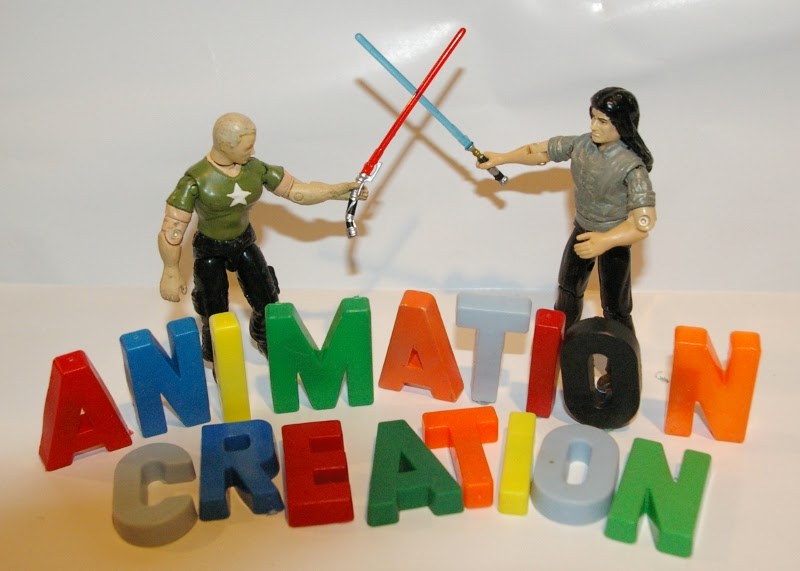 I've met lots of other cool collectors online and at shows and conventions since that time. I got asked to consult on a project for FYE because of my blog. On top of all that I got asked to be a part of SEO Toy Review where I get to go and basically play with kids toys.

The last three photos in today's post were taken for a goofy thing I was going to write for Obscene Newg about a fight that broke out in the galactic senate between the two most hated species in the universe. Ewoks vs Gungans 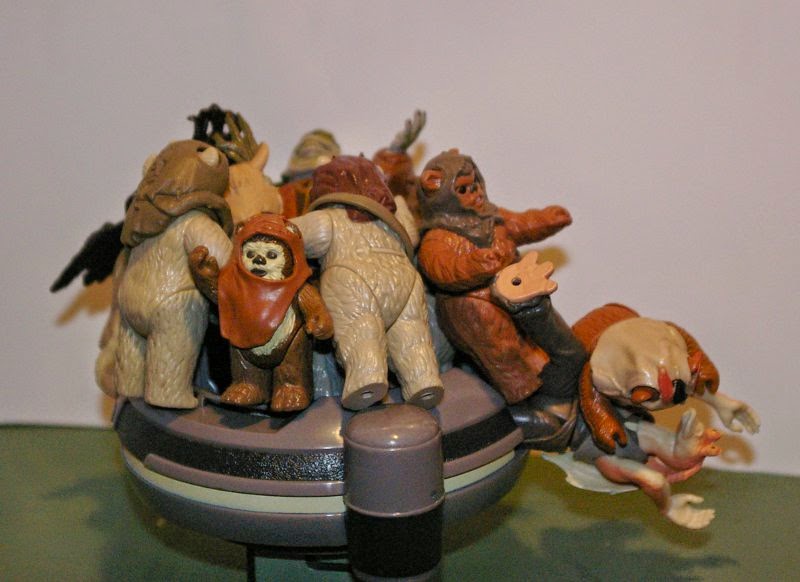 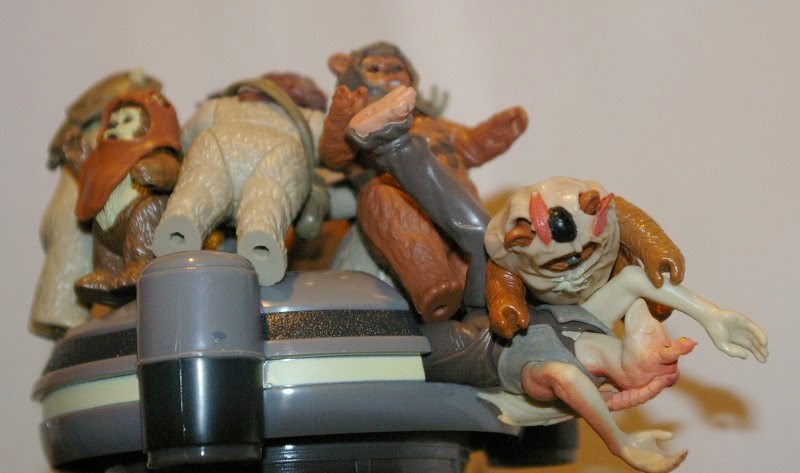 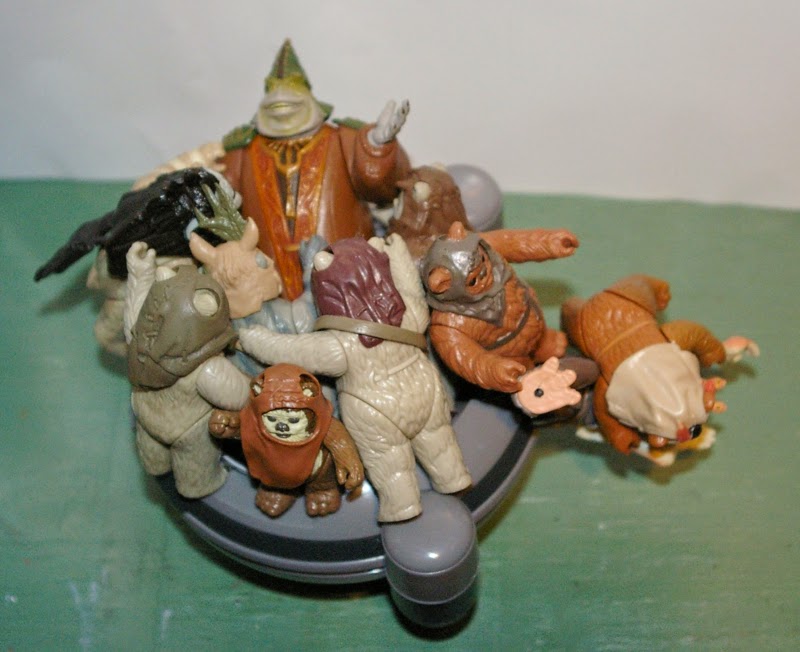