Lt. Ripley was the first and only human figure I had from the Aliens toy line as a kid. For the most part the humans didn't really look like their movie counterparts, so I wasn't super interested in them. Also if I had to decide between an awesome Alien figure or a bulky GI Joe Extreme type character I'd pick the Alien every time. 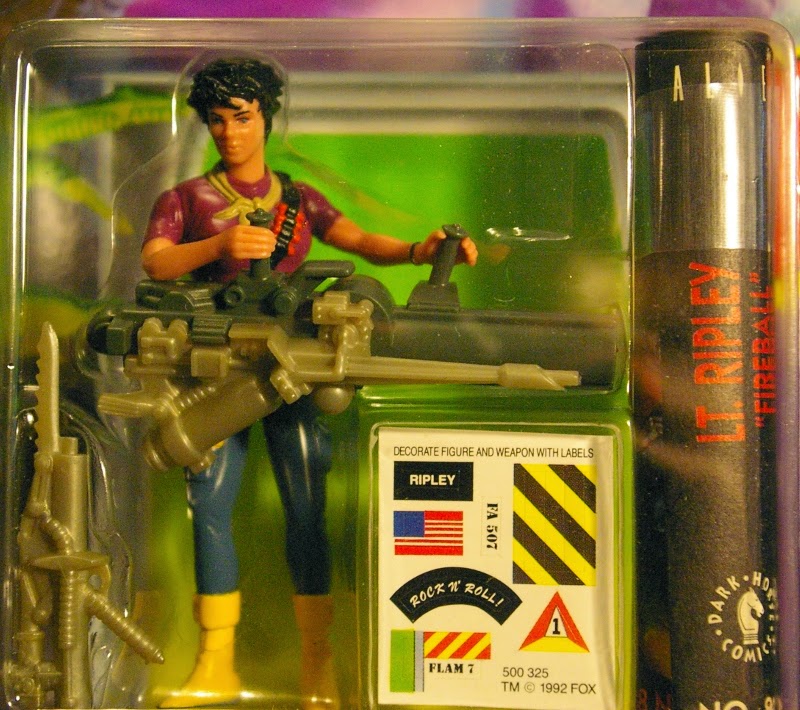 The Kenner Aliens figures had very colorful packaging with individual card art as well as an alien face. The back of the package, along with showing off the other figures also gave you a little bio card and instructions on how to work the figures action feature. 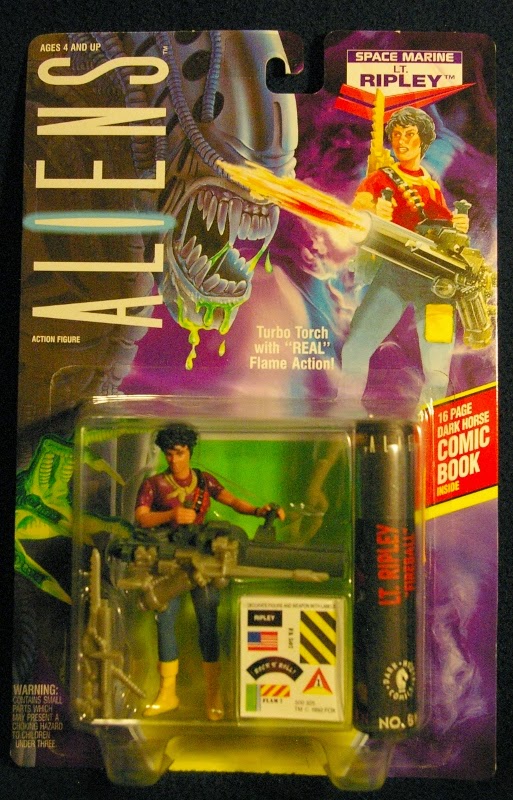 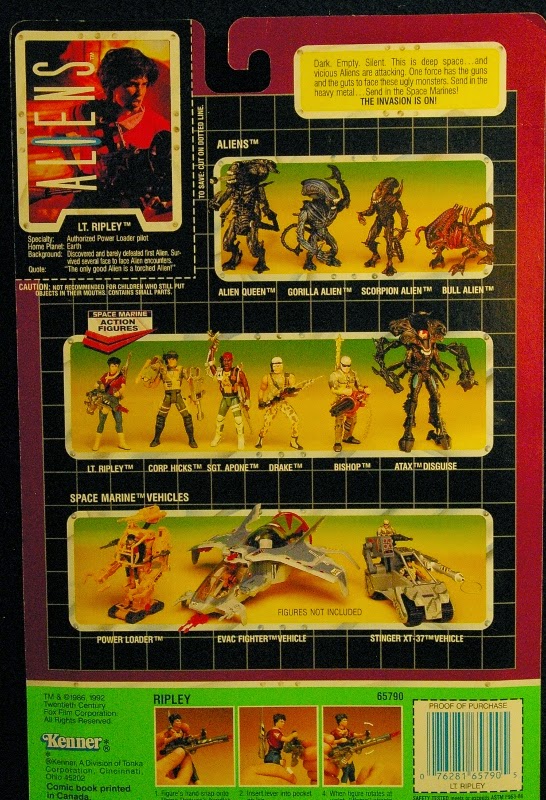 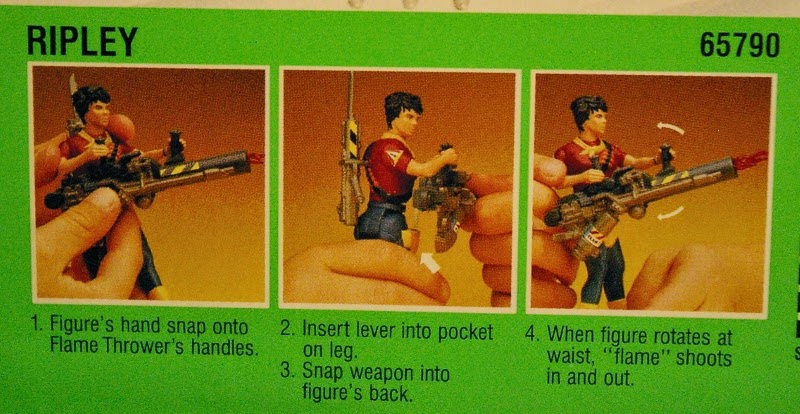 Lt. Ripley is dressed in a maroon shirt, blue pants and covered in pocket, straps, and other gear. The figure came with a flamethrower accessory, a face hugger accessory, and a Dark Horse mini-comic. 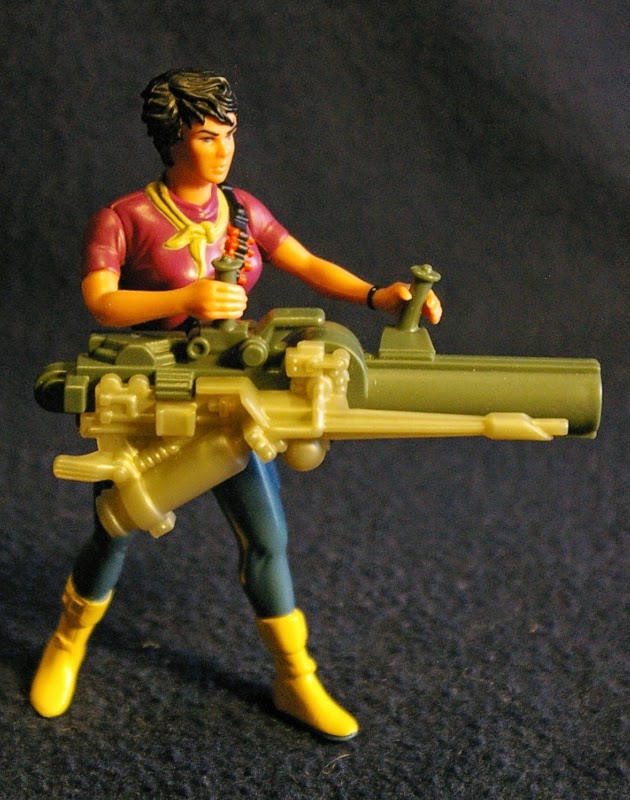 The flamethrower has a cool trasparent flame effect that comes out of the end of the weapon. 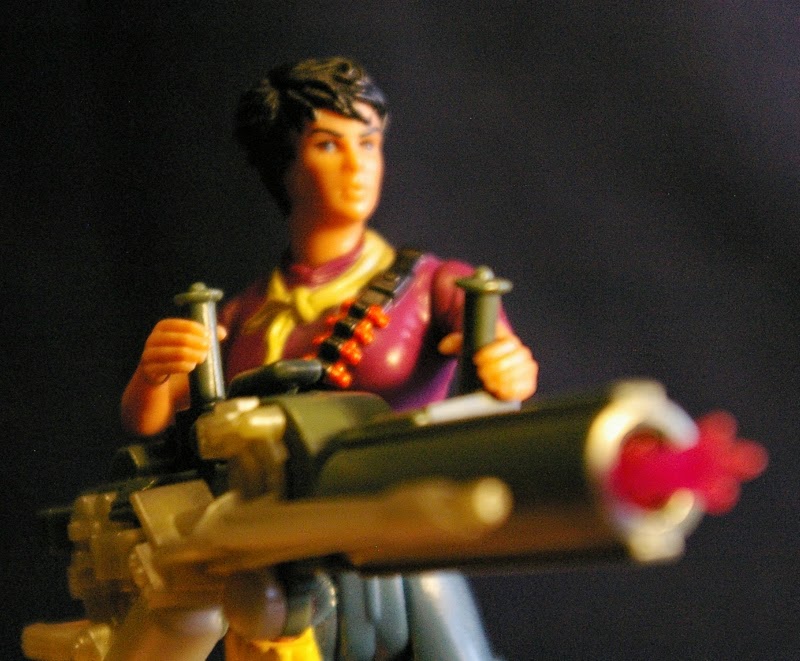 The back of the flamethrower has a little tab that plugs into a yellow pocket on the front of Ripley's pants. When you twist her waist the flame extends or retracts in and out of the flamethower. 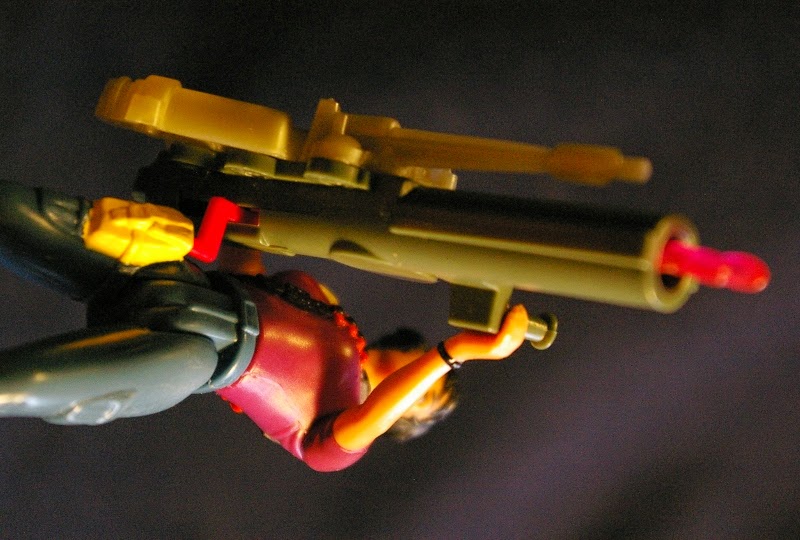 I really loved the plastic face hugger that came with many of the human and alien figures. It really made these figures feel like a good value. Even if you only owned one figure, you had someone for them to fight. Kind of like the Kenner Real Ghostbustrs who came with the mini-ghosts. 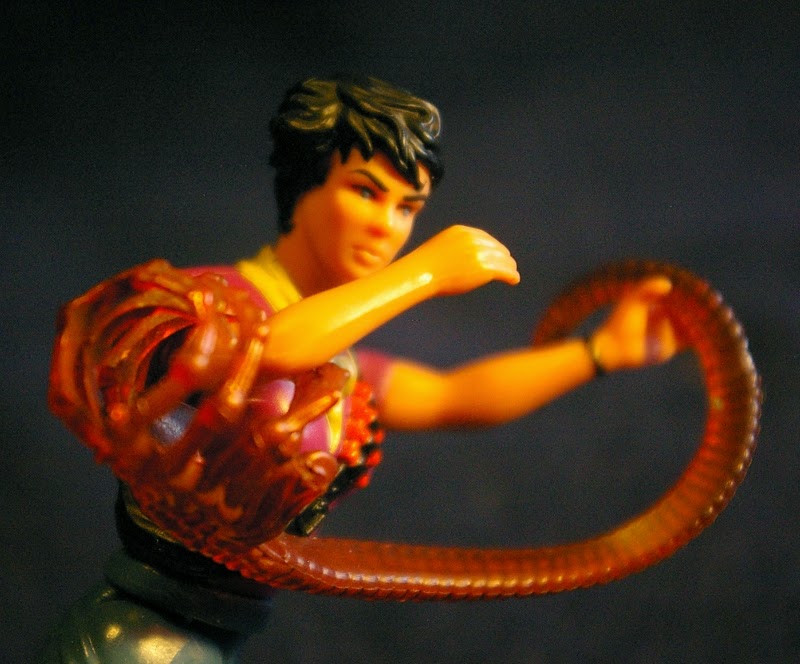 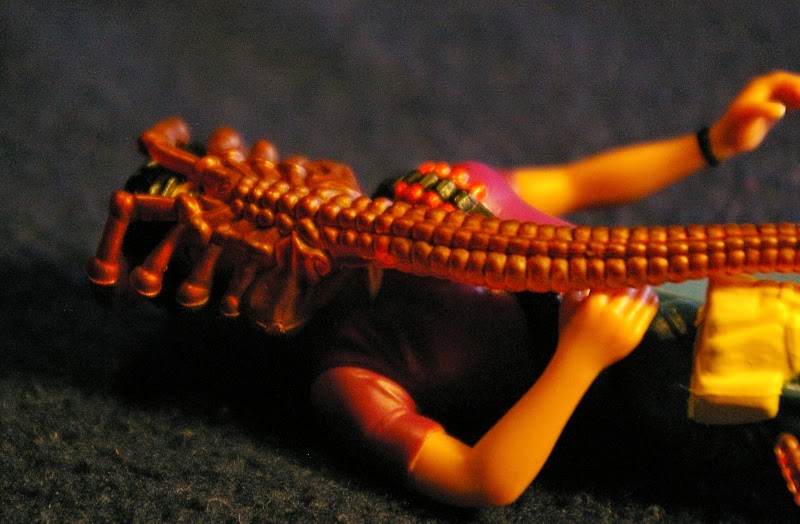