Chewbacca, everyone's favorite Wookie is one of the most classic of vintage Star Wars figures. This furry hunk of brown plastic was in every toy chest in the late 70's and early 80's. Like the Stormtrooper, Chewie only features four points of articulation. He doesn't have a joint at his neck. Besides a little paint on his bandier, his eyes, nose, and mouth are his only other paint apps.

Chewie came with his Bowcaster weapon which is pretty accurate to how it looked in the film.... minus the actual bow part. The Bowcaster is one of the few Star Wars weapons cast with an extra "tab" to help the figure hang on to their weapon. 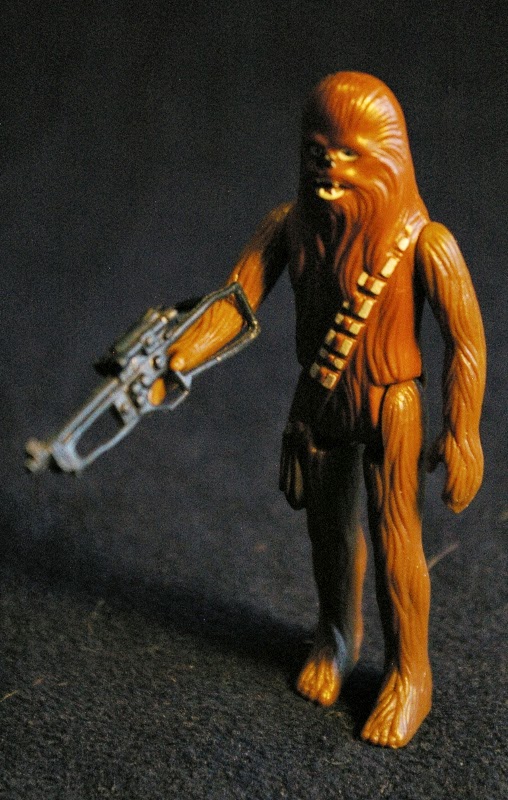 I'm still a little disappointed they never made the rest of Chewbacca's family from the Star Wars Holiday Special. They would have really added a lot of extra play value to the Galaxy Far, Far Away.
Posted by Buzz Chuck at 6:22 PM