This is the 2nd version of Sabertooth to be released by Toybiz during their massive 1990's X-Men toy line. The first Sabertooth was one of the few figures to slip past me at retail as a kid. After my GI Joe phase I moved on to Turtles. Then by late elementary school I was asking for X-Men for every Birthday and Christmas. This was the first and only version of him I owned. He mirrors the way he looked in the 90's cartoon. 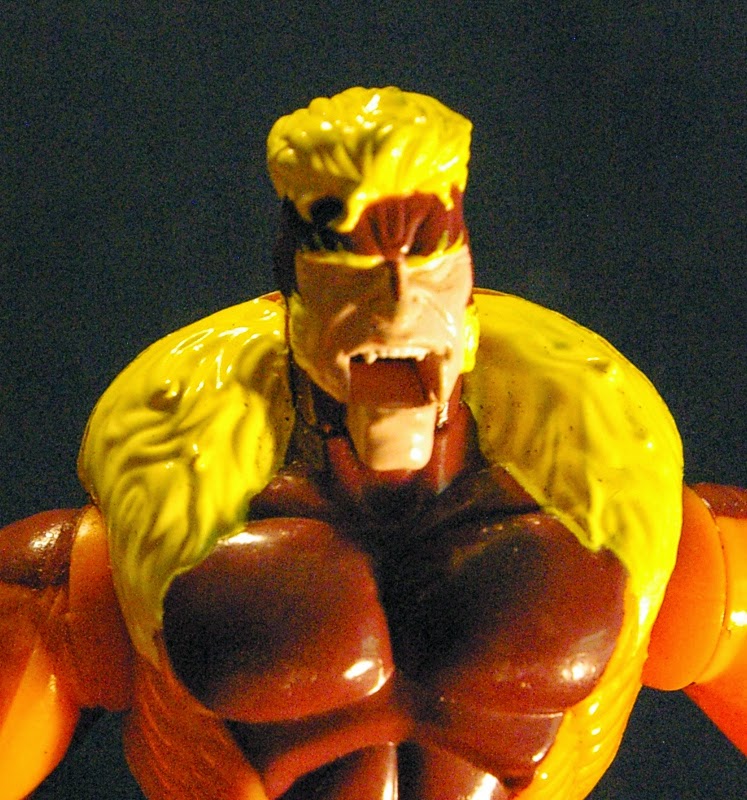 Sabertooth has a cool action feature where his arms move slightly and his mouth opens when you squeeze his legs together. I had a ton of fun with him as a kid and was constantly having him battle my Wolverine figure. For a long time as a kid I was very confused about his back story due to the fact that Sabertooth was lying to Wolverine (who didn't remember much of his past) in the comics. 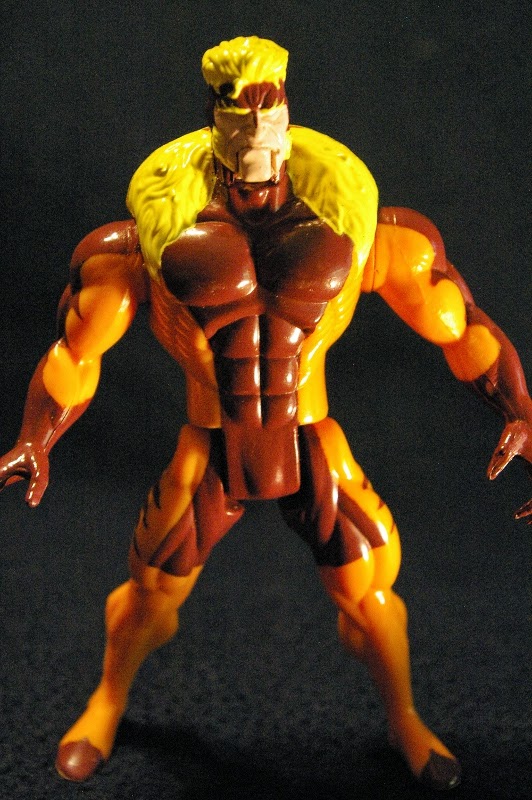 I still find in interesting how much he's fluctuated between a shaggy man and a humanoid beast in various incarnations.
Posted by Buzz Chuck at 9:59 PM