Luke & Dak at the Battle of Hoth

The snow here has melted quite a bit, but it's still fun to look outside and see snow on the ground. This snow storm the only toy stuff I did in the snow was my recent Power Ranger videos, but today I want to show off some photos I took previously of Luke Skywalker, Dak Ralter, and their Rebel Snow Speeder. 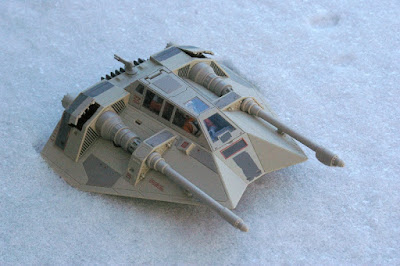 Luke Skywalker and his gunner Dak Ralter head into battle with the Empires ground assault force. Along with their fellow Rebel Pilots they will be up against several Imperial walker which sport strong armor and a massive amount of firepower. 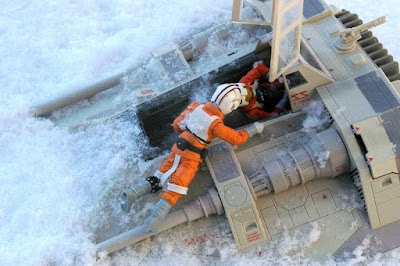 Our brave heroes take a direct hit to the rear of the ship while on an a attack pass under the massive walkers. Luke looses control of his speeder and the craft impacts into the dense snow of Hoth. Once he has the cockpit open, Luke crawls out of the ship. 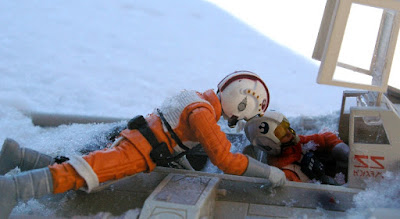 Luke notices that his friend Dak has made no effort to leave the ship even though it is beginning to fill with smoke. Dak, Dak! he shouts as he tries to undo the gunners safety harness. Luke now positive of his friends fate he steps away from the ship because even though they are grounded they are still in the path of the AT-AT Walker's attack. 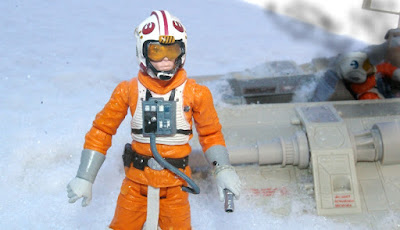 Luke takes his lightsaber hilt off his belt and formulates a plan on how he can take down the mighty walker without his speeder.
Posted by Buzz Chuck at 8:35 AM