After Mattel's line of "200x" Masters of the Universe (He-Man) figures died out, the line transformed into a series of Mini-Statues or Stactions. These were little statues the same size as the action figures. Many cool characters were given the 200x design update in this line. We've even seen some of the influence of this line in the  modern Classics line. My buddy Tony gave me the Sorceress as a Christmas present. 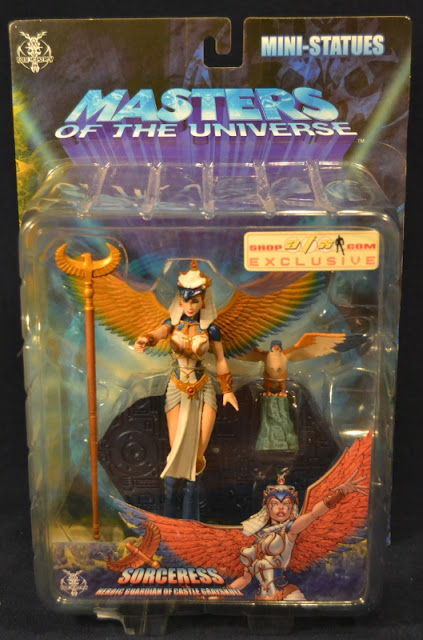 In this version of He-Man, the Sorceress's outfit is still bird themed, but now she has a lot more Egyptian influences. The statue comes on a nice base that also shows the Sorceress in her bird form for when she leaves Castle Greyskull. You can also see she comes with a staff. 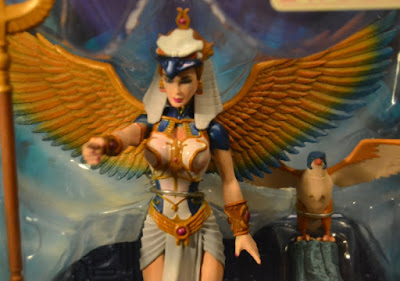 The back of the package shows off some really nice card art as well as images of Mantenna and Tongue Lashor. 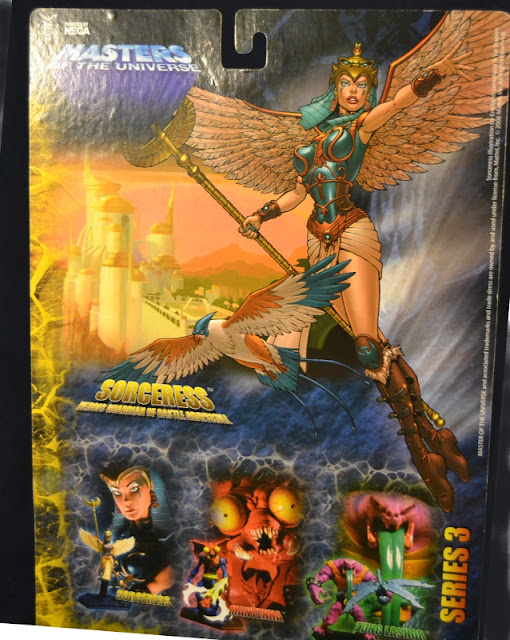 Happy New Year everybody! I hope everyone had a good 2015 and will have an even better 2016. I know I didn't blog as much in 2015 as I had in the past. With my involvement with the SEO Toy Review youtube channel the "free time" I have for toy stuff is kind of eaten up a lot with that project. I hope to do a little better this year with the posts. I hope you guys enjoy the toy videos when I so post them. I try not to just spam the blog with every review we do, but share the ones that hit the same demographics as the stuff I typically post here on Action Figure Adventures. Feel free to leave some feedback on what type of posts you'd like to see more of here.
Posted by Buzz Chuck at 10:33 AM