Many years ago I picked up the Mircoman Batman figure from SmallJoes.com. The fact that he was well articulated and came with interchangeable hands intrigued me. As it turns out I'm not really hat wild about the figures. My biggest issue is actually the articulation. He's so lanky and weird looking due to all the joints. Yes, he is very poseable, but he looks weird half the time. My other issue us his paint. Not the main colors, I love the blue and gray. It's mostly the shading that bothers me. Look at the dark gray lines the outline his muscles. On the torso, maybe it's seams in the armor. On his legs the lines just look silly. 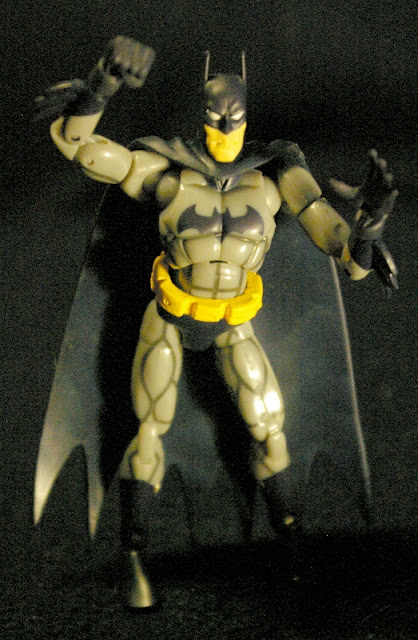 Like I mentioned, Batman came with several sets of hands. He was also given a batarang and grappling hook launcher. It's not really an accessory, but Batman's cape was made of fairly rigid plastic.
Posted by Buzz Chuck at 11:22 PM