He's a couple photos of Rampage (who I refer to as Heavy Metal) out in the snow. I took these photos a couple winters ago, but since today was the first snow we've had that accumulated I figured I post a snow picture. We didn't get much and it's pretty much gone already 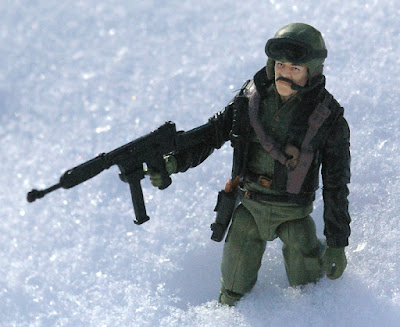 This figure was a Target Exclusive and came with the R.H.I.N.O. vehicle in the Rise of Cobra line. His entire get up looks like it's inspired by the old school character Heavy Metal, which is why I bought him and refer to him as Heavy Metal. He's got a nice removable helmet and submachine gun. 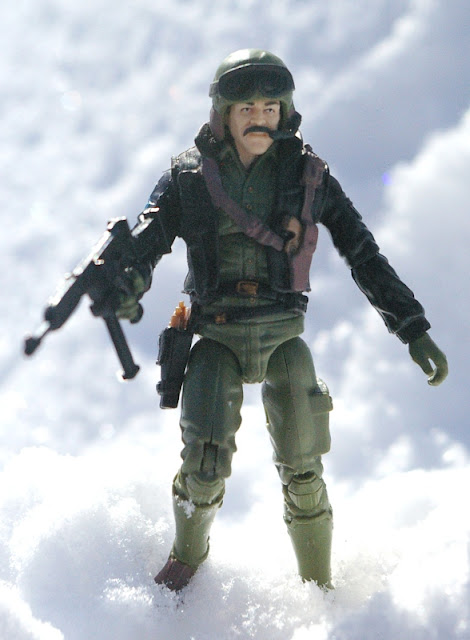 The figure's vest can be removed  He also comes with a small pistol that fits in the holster on his side and two clip that can be attached to the machine gun (one at a time). I always like the black leather jacket over the green uniform. I just always liked that look.
Posted by Buzz Chuck at 11:32 PM