Teela - Masters of the Universe

Teela is one of two heroic female figures for the entire Masters of the Universe toy line. The figure was originally designed to represent two different figures. This figure was supposed be be used to represent both a warrior and a goddess. This wasn't really clear on the packaging. Then the Goddess character turned into the Sorceress in the Filmation cartoon adding to the confusion. 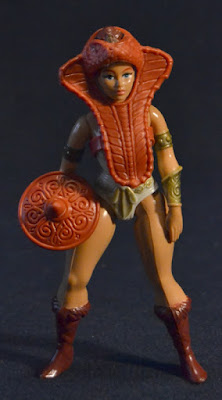 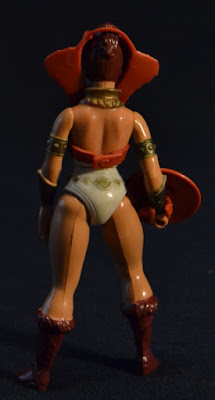 In the original mini-comics that came with the Masters figures, showed a blonde haired warrior named Teela in a white outfit in some adventures. In other stories a green woman dressed in snake armor was show giving He-Man his magical weapons known only as the Goddess. There were some Golden Books which featured the warrior woman Teela wearing the snake armor, just like the action figure. Lastly, in the Filmation cartoon Teela wore white, had hair the matched the toy, and was never seen wearing snake armor. 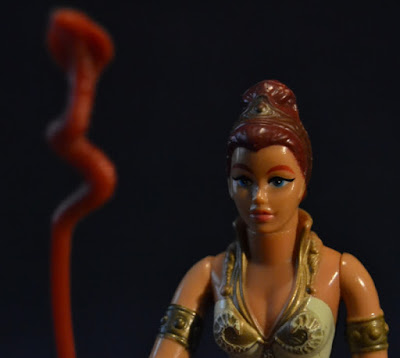 Teela is a fairly attractive looking female figure for the early 80's. She has a pretty face and decent proportions. Her legs are a bit beefy, but I think the designers had an Amazon woman in mind when they created the character. 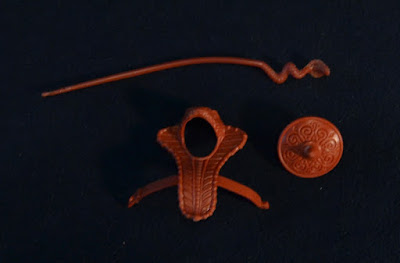 Teela came with three accessories, snake armor, snake staff, and a shield. All her weapons were molded out of a dark red plastic.
Posted by Buzz Chuck at 8:36 PM