This year Matty Collector is offering a Club Lion subscription. This sub entitles members to five lion toys, five pilot figures, and a bonus figure. The five lions combine to create a huge 23” Voltron robot. As a kid I had a die-cast Voltron and loved it. I know I watched the cartoon, but I was so young I barely remember it. I used to have trouble taking apart Voltron to form the lions again. A friend of mine suggested dropping him to make him pop apart. We tried it, and it worked. Unfortunately it also broke a couple of his small plastic pieces. I eventually sold him at a yard sale to get cash to buy GI Joe and Star Wars toys. These two lines were the focus of my collecting for many years after I stopped “playing with toys” as a kid. 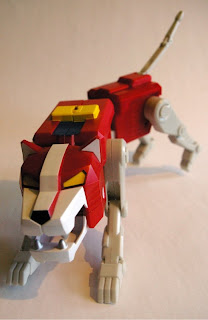 This new Red Lion is incredible. It features nice articulation allowing for some very cool poses. The lion also features an auto transform feature that pops the legs out to convert the lion back from arm to lion. Maybe this feature would have saved my original Voltron. The auto transformation feature is a neat novelty, but I'd rather be able to press a button that have the lion turn into the arm, rather than the other way around. The fun this to do with a Voltron toys is to have it form Voltron, not come apart. The spring loaded legs do create some issues posing the lion, and I think will make it hard to play with Voltron. It seems like the legs will pop out of position a lot when it is supposed to be in arm mode. 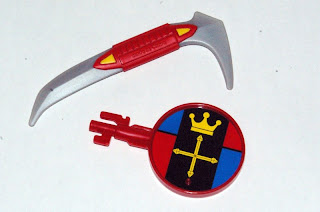 The lion comes with a key that can trigger the auto transformation feature and open the cockpit. A weapon is also included for the lion. The blade can be clamped in its teeth. 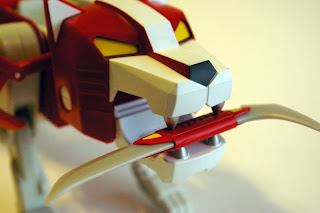 As I previously mentioned the key opens the cockpit, which can hold the lance figure the ships with the lion in a separate package. Lance come with two interchangeable head. One helmeted, and one not helmeted. 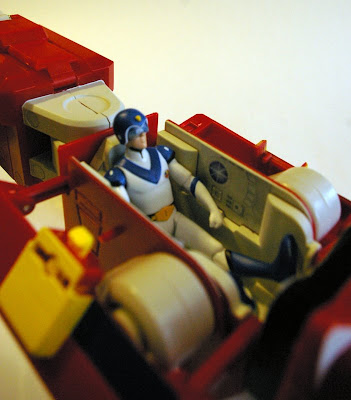 Back in the 80's there was a Voltron toy that could also hold pilot figured (it was not the voltron I had). These pilot figures from this toy had removable helmets. This created non-cartoon accurate hair on the figures. For the first time we have a figure that can look cartoon accurate with and without their helmets. 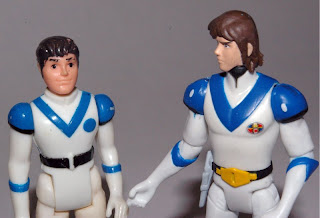 I have two main complaints with the Lance figure. The first one is that even though he has a lot of joints he isn't that well articulated. He just can't move as well as I'd hope. Him elbows and knees just don't have as good a range of motion as I'd like. My second issue is that along with the helmeted head and unhelmeted head, I'd like him to have come with an empty helmet. As I was taking the photos for this post my Lance broke. 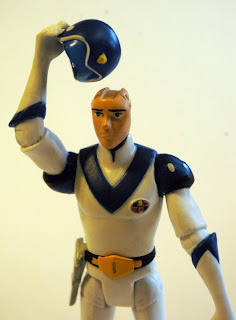 Normally I'm really upset when a toy breaks, especially when it's from an expensive adult collector line, but this actually gave me what I wanted. I went to swap heads and the glue joint broke. His helmet came off. Now I can put the helmeted head on, or have him hold the empty helmet while donning the helmetless head. 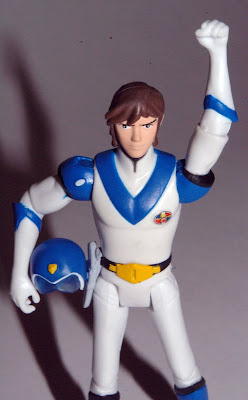