Today's post is about Keira Knightly's character Elizabeth Swann from the 3rd Pirates of the Caribbean movie series. Elizabeth is the only action figure I bought from any of the PotC films. I bought her mostly for two reasons. She's a decent generic female to use in stop motion animations, and she has cool accessories. Elizabeth is dressed an all green tunic and has her hair pulled back in a pony tail. She comes with a removable holster that can hold her two pistols on her back. 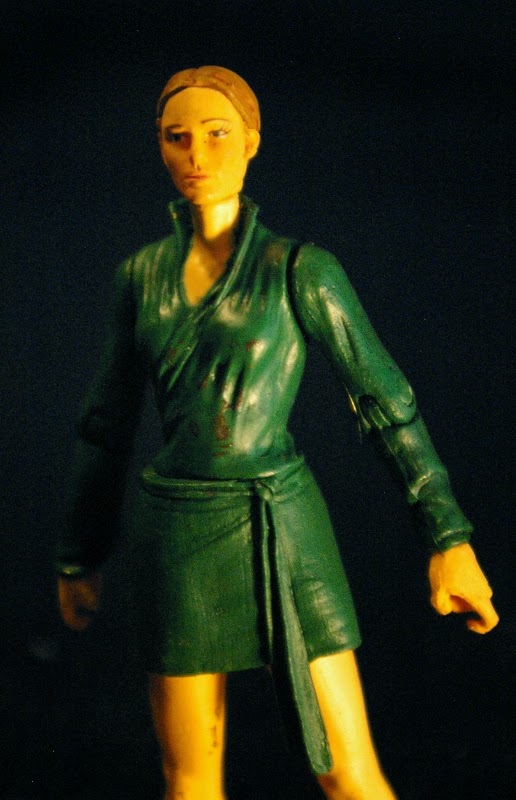 In order to hide her pistols and disguise herself while sneaking around Singapore, Elizabeth also comes with a removable robe and straw hat. I really liked the Chinese straw hat, and that is something that attracted me to the figure. I always liked the "heroes in disguise" figures like Princess Leia in Boussh armor or Luke Skywalker in Stormtrooper armor. Even the GI Joe Spytroops were a neat idea even if they weren't executed that well. 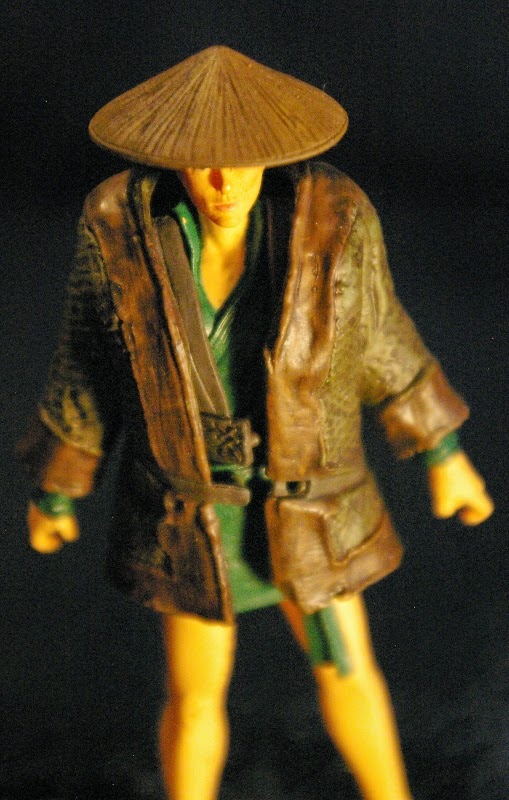