I have always had a soft spot in my heart for Disney Villains. When I went to Disney World for the first time at the age of two my parents said I made them chase down Captain Hook and the Big Bad Wolf over and over again. They couldn't get me within a hundred feet of Winnie the Pooh I was so terrified of him.

Here we have little figures by Fisher-Price based on the hit show Jake & the Never Land Pirates. Captain Hook and Tick Tock were available together with hooks looking glass or in a three pack that replaced the looking glass with Jake. 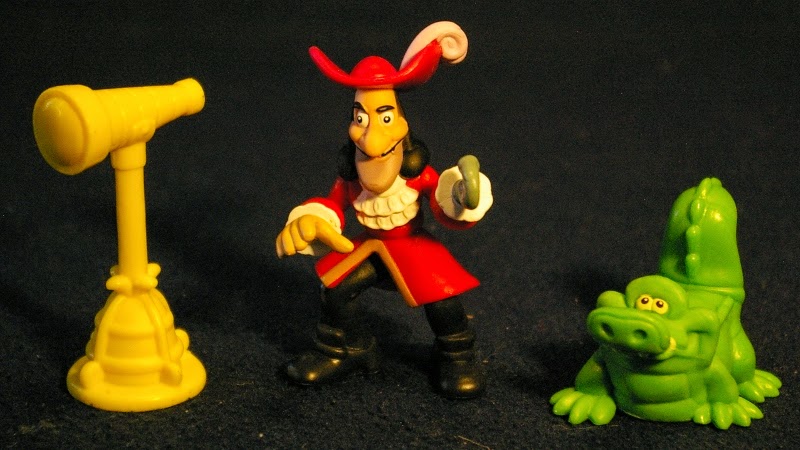 Hook has some minimal articulation in his arms while Tick Tock is a solid block. Both are done in a cutesy style, like the show. I've never seen the show, but since I love Captain Hook so much I had to get him. Really until I saw this set I never knew the crocodile had a name. I'm not sure if they named him Tick Tock for the show, or if he had that name before and I wasn't aware. 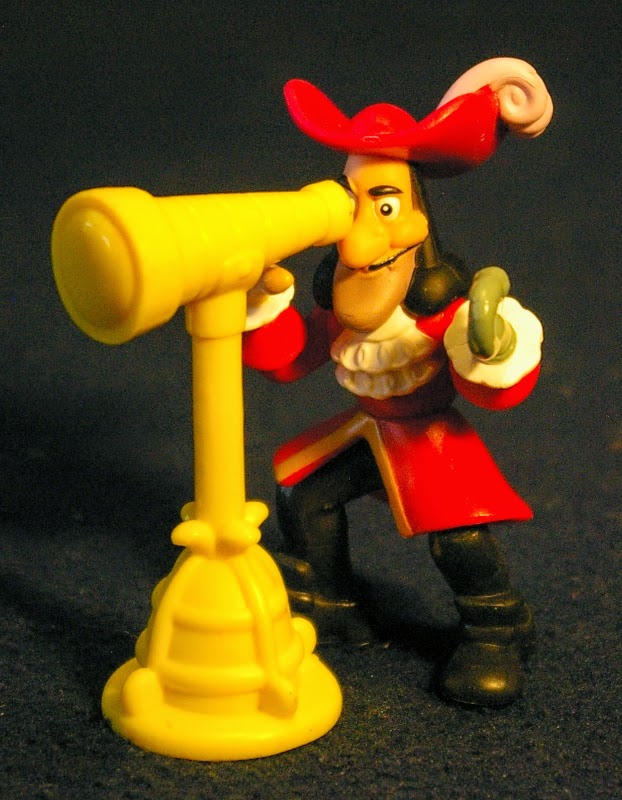 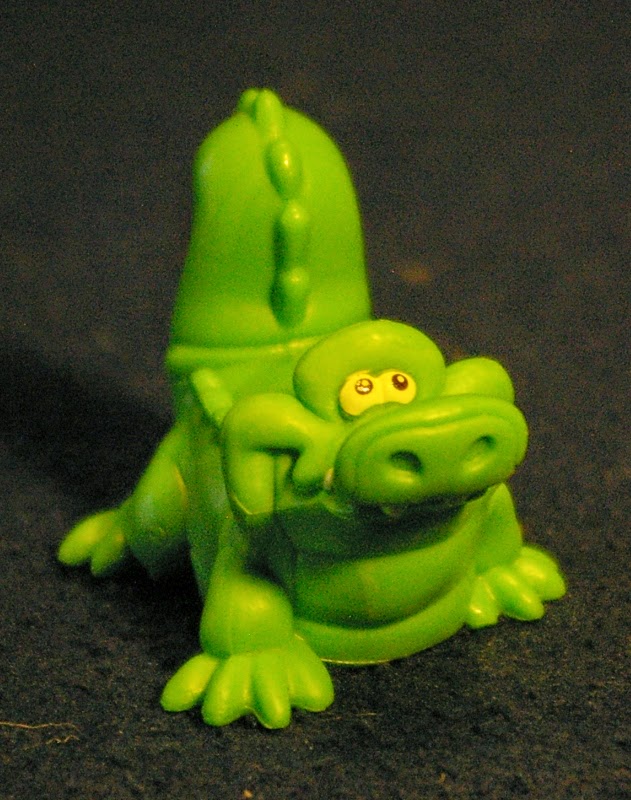