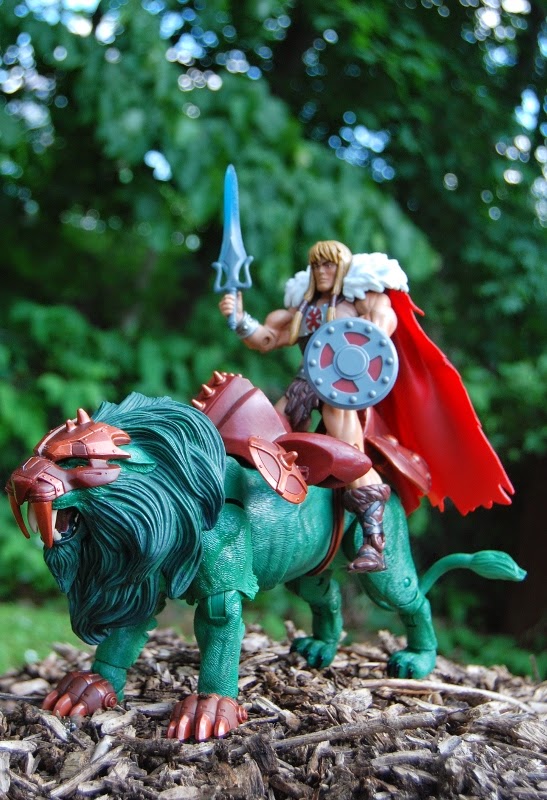 This month Mattel released an all new beast for the Masters of the Universe Classics toy line. Battle Lion, the mighty steed to He-Man's ancestor King Grayskull. Both characters were introduced in the 200x cartoon show but did not receive figures in the corresponding toy line. King Grayskull was the first figure in the new Classics line, so it's cool to finally get Battle Lion. 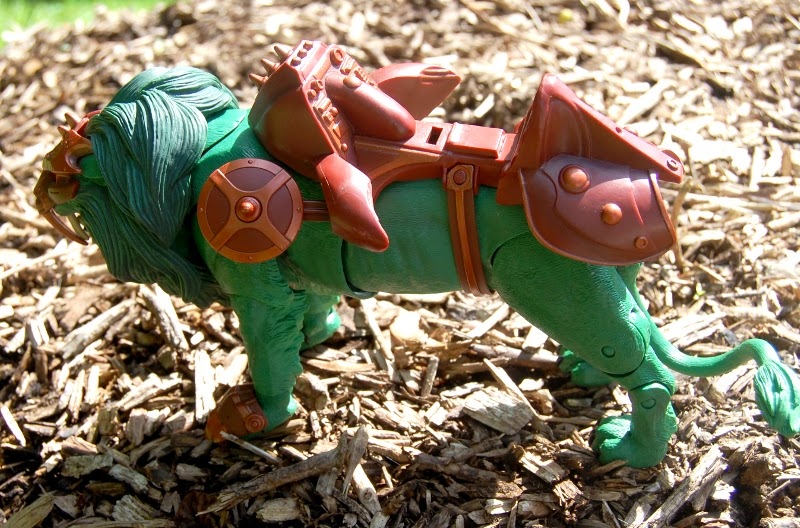 Part sharing was an important part of the vintage He-Man line, and it continues with Classics. Battle Lion is based on the Battle Cat body. Unfortunately that means he is much smaller than he appeared in the cartoon. Still, he is a very nice looking toy. 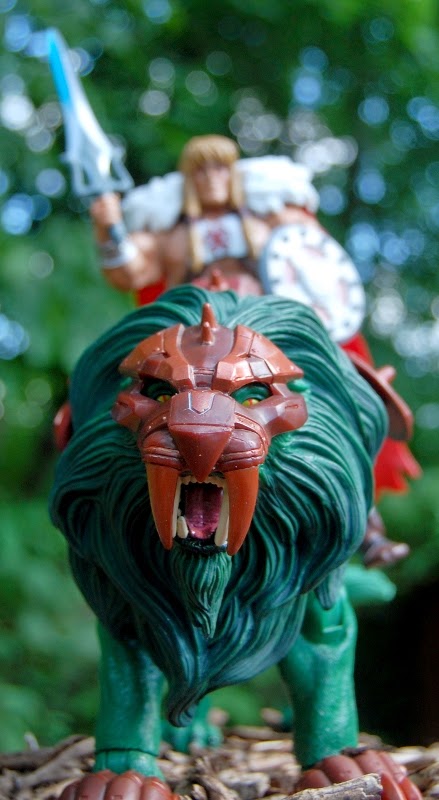 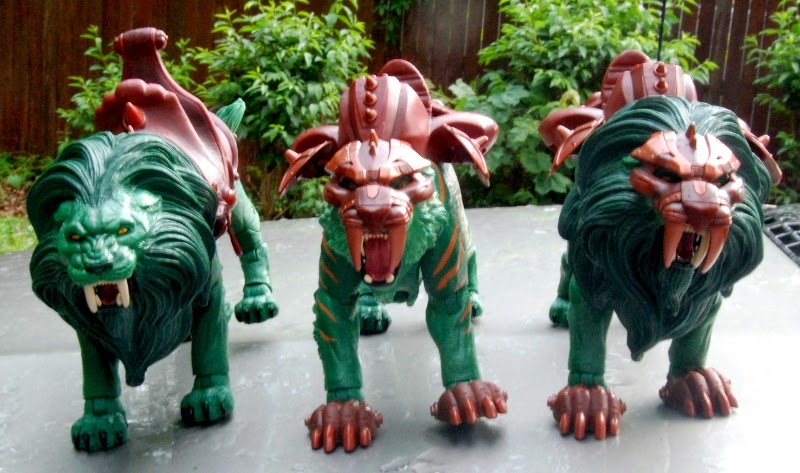 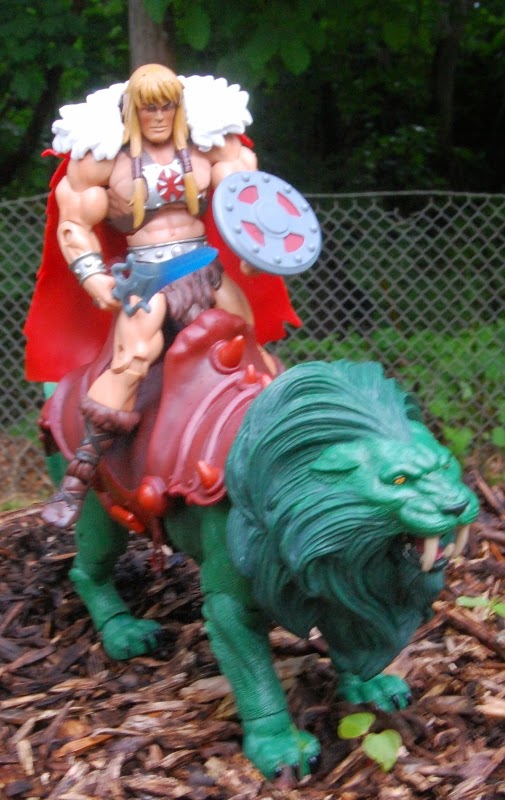 Battle Lion's Mask and Claws just snap in place. They fall off a little too easily when you play with the figure. They stay on fine when he's just on display. The saddle has a flexible strap that hold it in place nicely. 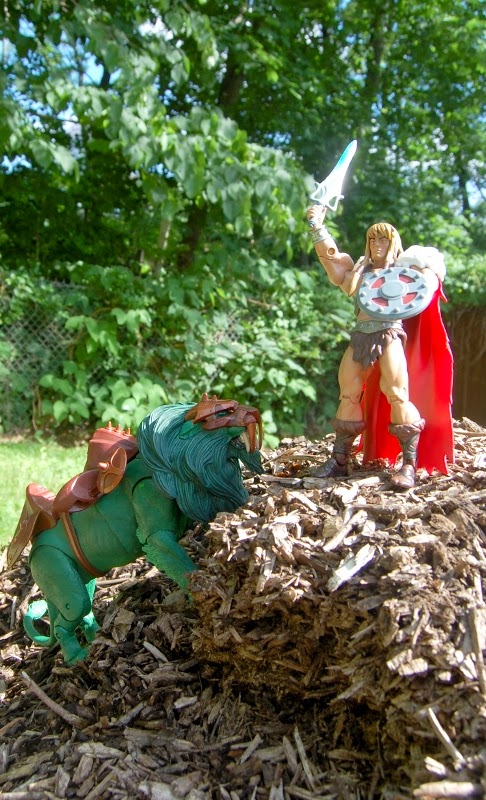