Here we have Mr. Wu from Men in Black III. I still have not seen the film so I don't know much about this alien character. I picked up this figure a while back when all the MIB3 figures were on clearance just because he looked interesting. 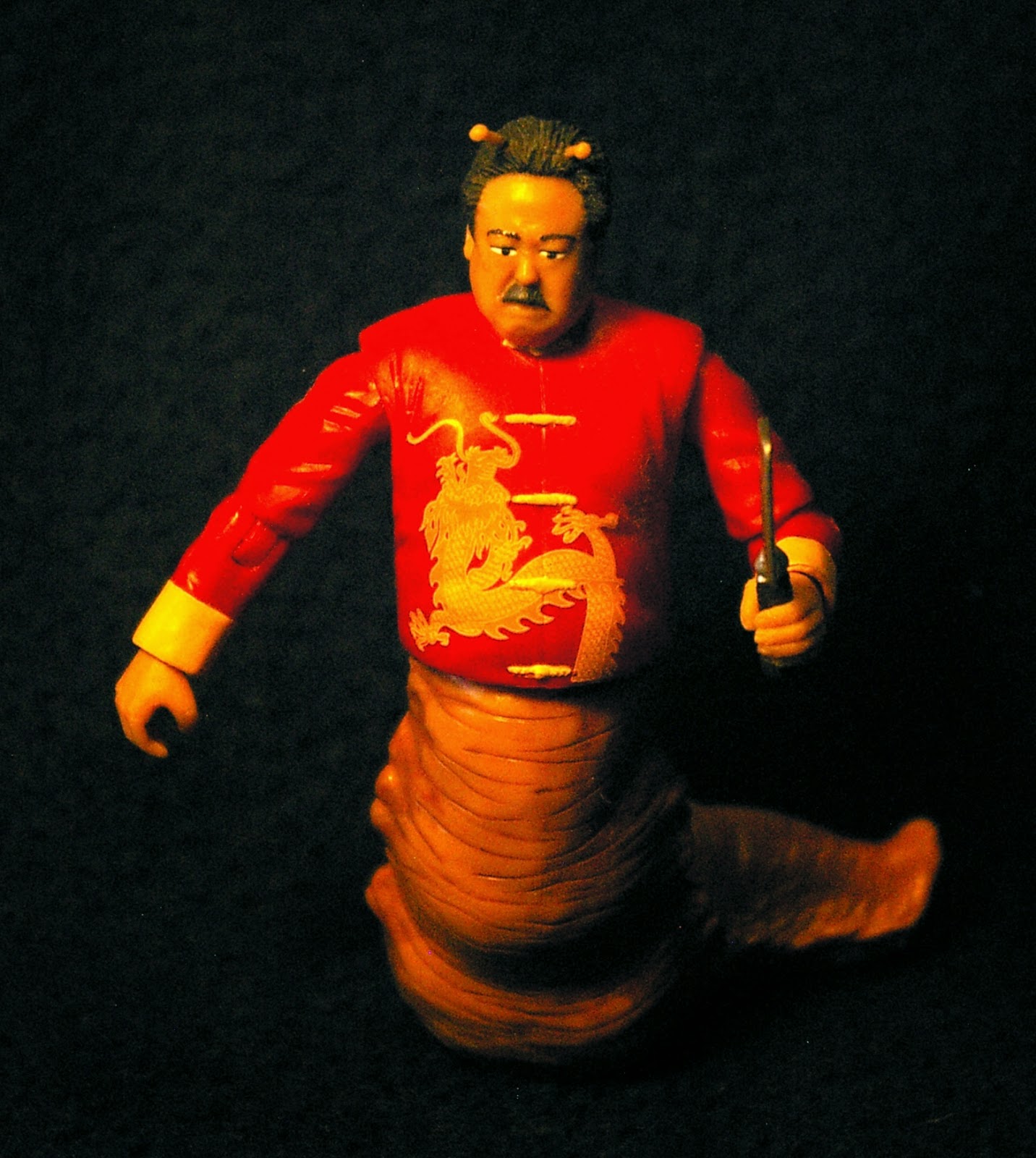 He is a human torso on a slug like body. He is wearing a shirt decorated very nicely with a Chinese dragon.  He has a wonderful face sculpt that includes little antenna. Mr. Wu came with a butcher's knife accessory. 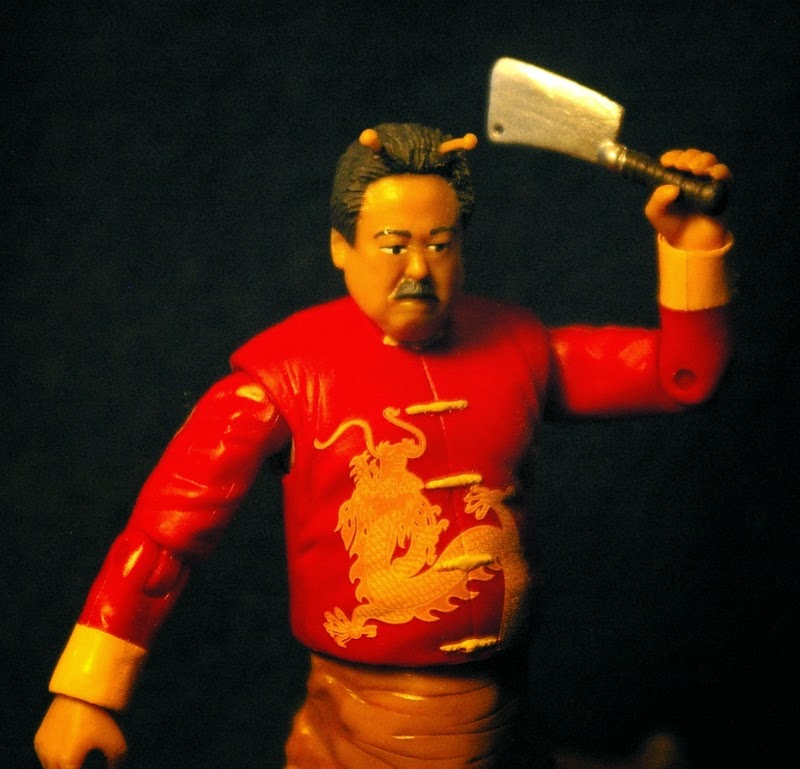 The Asian Alien also came with a weird spherical device that looks like a ring a kid could wear. It has handles on one side and fits around his waist. 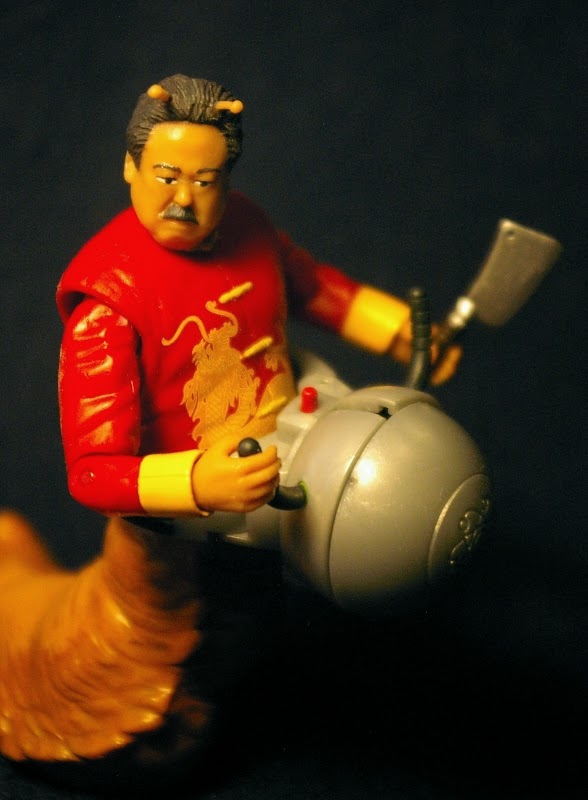 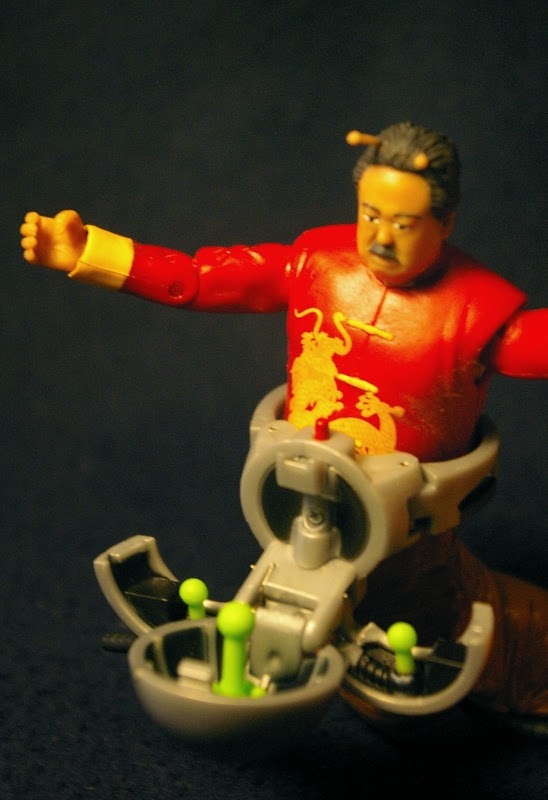 The ring also opens up to reveal a device within. Just like the character, I don't know what role the device plays in the film.