Vinz Clortho, better known as Louis Tully was one of the many cool Ghostbusters figures released by Matty Collector a few years back. The need to reuse parts and the rather limited number of characters in the films really hurt this line. There were just too many repaints and releases of the main four Ghostbusters. So this figure represents Louis during the part of the movie that he is possessed by Vinz Clortho, the Keymaster!

Louis is dressed in a blue shirt and gray pants. His entire outfit is very disheveled. He even has a hint of odd posture line the character in the film. 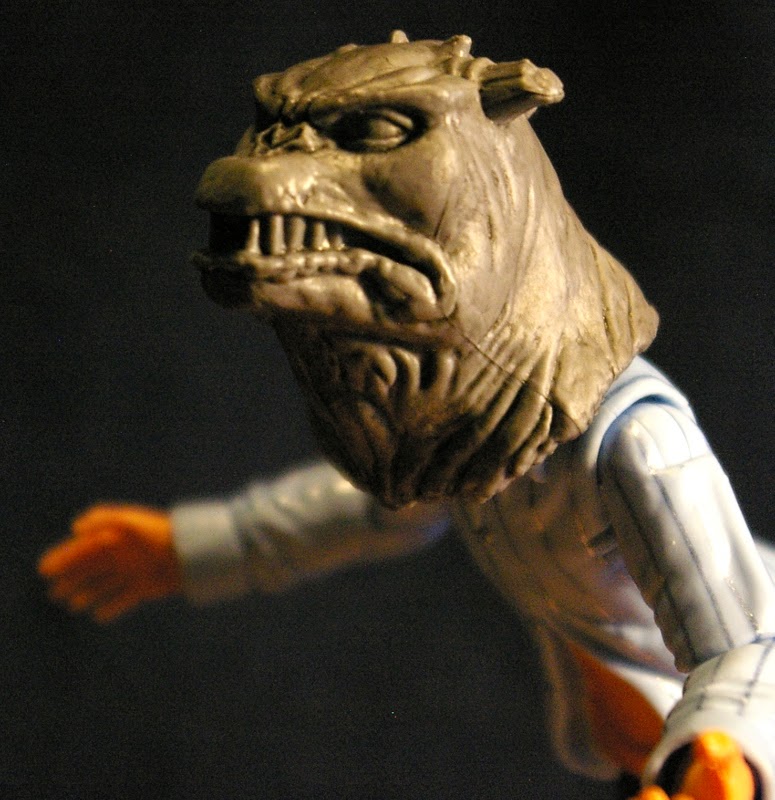 Vinz / Louis comes with a Terror Dog mask that fits nicely over his head. This allows you to recreate the moment the Ghostbusters find him after defeating the Stay Puft Marshmallow Man. 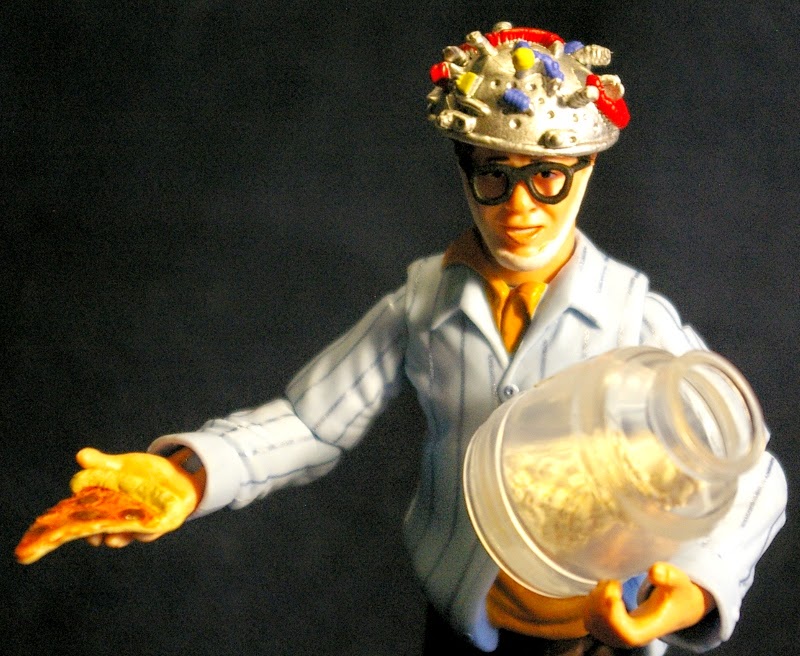 In addition to the Terror Dog mask, Louis also includes many accessories from the scene in which he is in the Ghostbuster's Firehouse while Egon questions him and takes readings. The figure includes a second head that is wearing the colander brain wave scanner hat. He also comes with a slice of pizza and a container of popcorn. 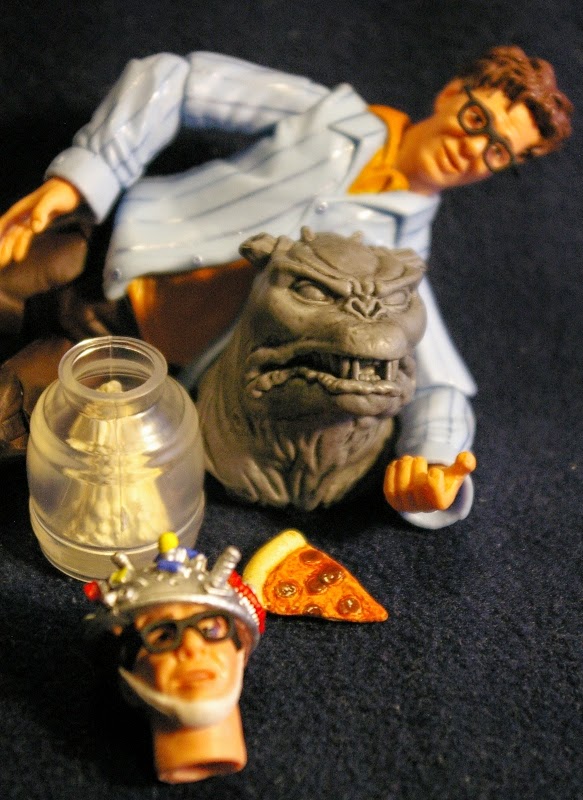 I don't have the complete line. I never had a Ghostbusters subscription, but I did pick up figures from time to time when extra stock was available. I'd still like to pick up an original movie Egon and Winston in their jumpsuits.
Posted by Buzz Chuck at 5:15 PM