The Nickelodeon based Teenage Mutant Ninja Turtles TV show and toy line has been going strong for a while now. When these new figures came out I quickly began to collect the line. The one thing I told myself when I started this new collection, was that I was going to skip the endless Turtle variants if this line followed the path of the original toy line. For a while I was good. I skipped the turtles with spy gear and the ones who looked like Ghostbusters. Then the Battle Shell Turtles we announced and I felt my resolve weakening. The original Nick Turtles are great, but these are even more cartoon accurate. The shape of their faces better match the way the look in the show. Donatello even has the gap in his teeth. 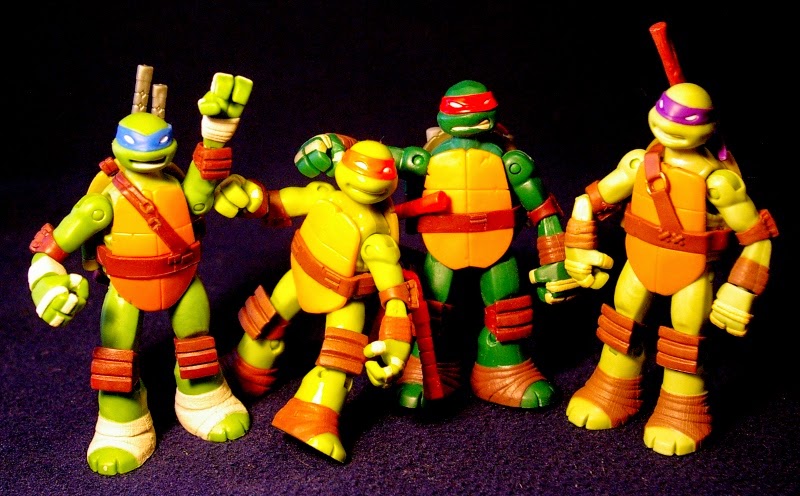 In addition to being more show accurate, you can open up their shells to reveal a ton of extra weapons! I had a vintage storage shell Donatello as a kid. I really like the cartoon style head sculpts these figure have. From a design and engineering stand point I enjoy seeing what kind of weapons they chose to give the turtles and how they packed them into their shells. 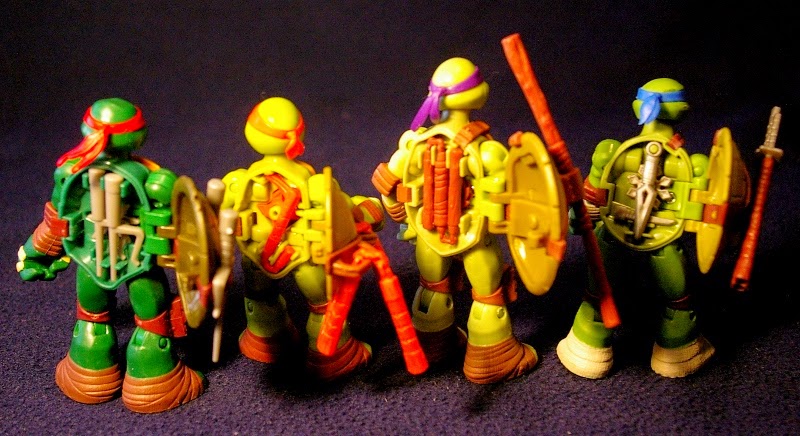 Unfortunately, while taking photographs for this post Leonardo's shell broke. This is the first time I've had an issue with a modern Playmates Turtle toy breaking. I tugged on his shell to open it up and the catch piece that holds his shell closed snapped right off. 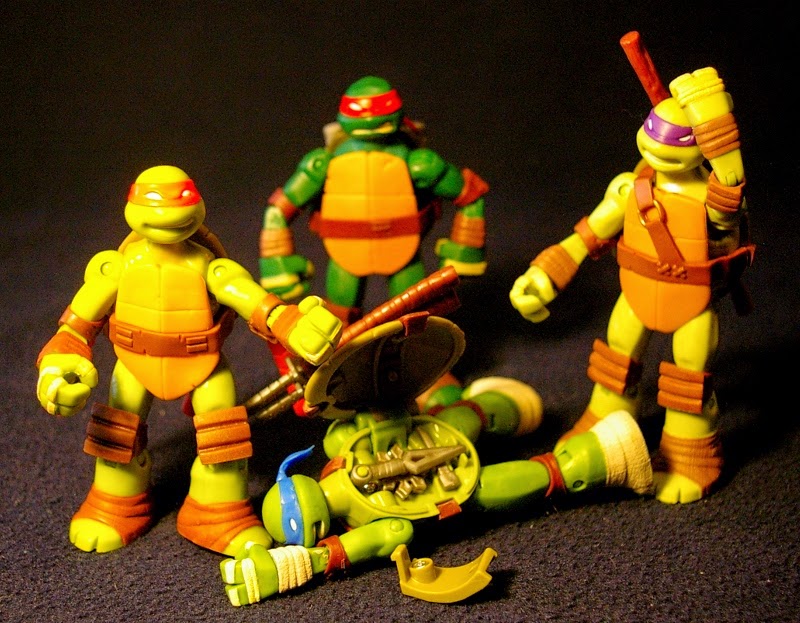