Spiral Zone as I remember it was the crazy cartoon where a specialized military unit fought a diseased mad scientist with elaborate vehicles that provided no protection to the riders and seemed like they should fall over if shot at. I watched it some in the late 80's but only really remember the first episode because a friend of mine downloaded it in the early 2000's and we watched it again. The show was made in Japan and seemed pretty high quality. It was very detailed and just slightly anime looking. I think I knew there were toys, but I don't really remember seeing the figures in stores. Maybe I saw ads on TV. 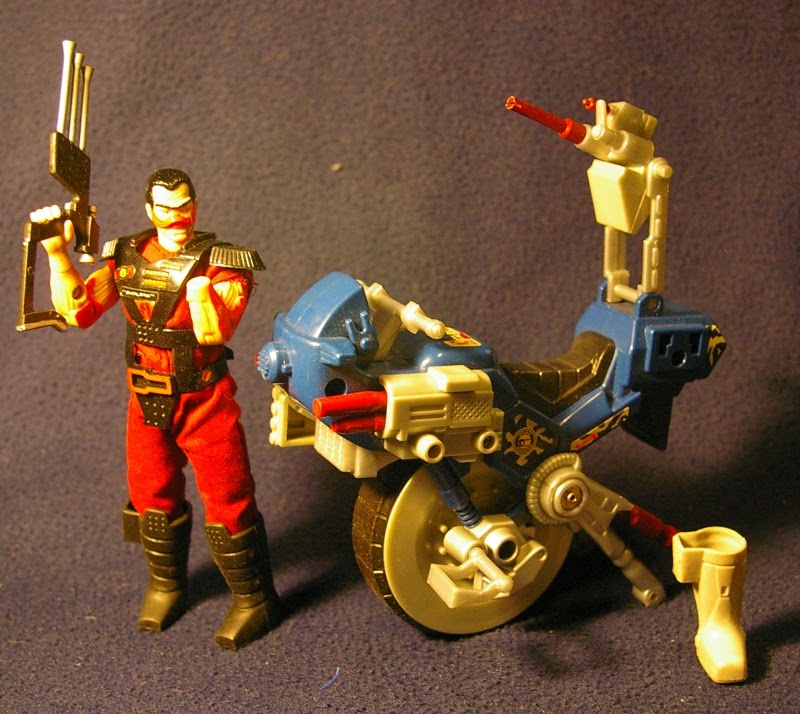 In with a bunch of Cops 'n' Crooks figure I bought at Retro Con I found a couple pieces of Spiral Zone toys. The figure in the red uniform is the Overlord, leader of the bad guys.  The blue one wheeled vehicle is called the Zone Rider Cycle which was used by all the good guys except for the leader who had his own vehicle. Overlord is missing some of his accessories including his helmet and small gun. Unfortunately his left had is also broken off and missing. The Cycle is also missing many pieces.  In the lot I also got one boot for a hero figure. 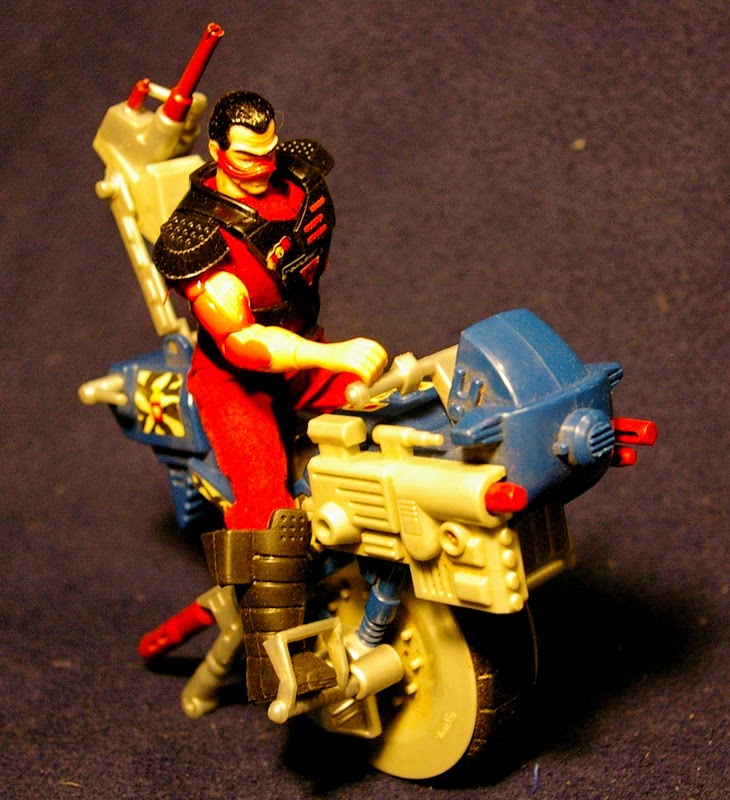 If there are any die-hard Spiral Zone collectors out there, let me know. If somebody can use these toys to help complete their own figures let me know. Otherwise I don't know what to do with these toys.
Posted by Buzz Chuck at 10:32 PM