Nimrod was released by ToyBiz in 1995 as part of the X-Force subline of their successful X-Men figure series. Nimrod is the leader of the Sentinels in the Future. 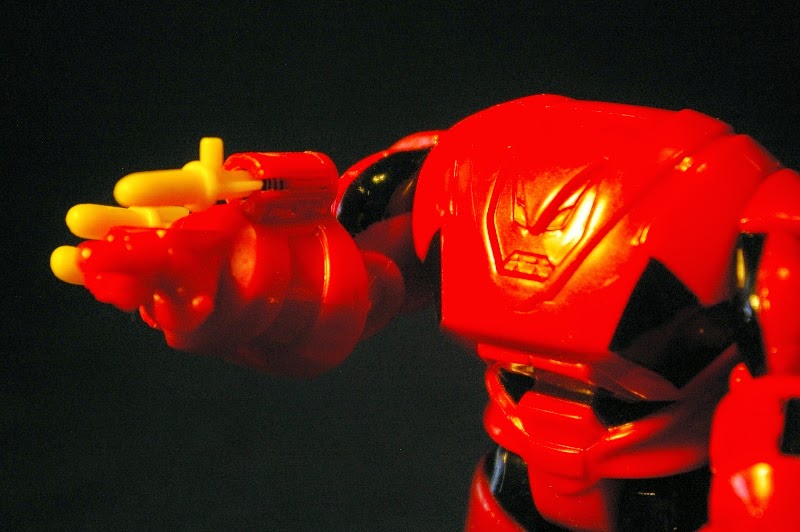 The red robot figure with with black details is a massive hunk of plastic. He has four point of articulation since his head is just a detail on his torso. For an action feature, Nimrod can fire a rocket from his wrist using a spring-loaded mechanism. He is able to store his extra yellow rockets on his wrist as well.I picked this figure up for $5 carded in beat up packaging at my local comic shop a while back. 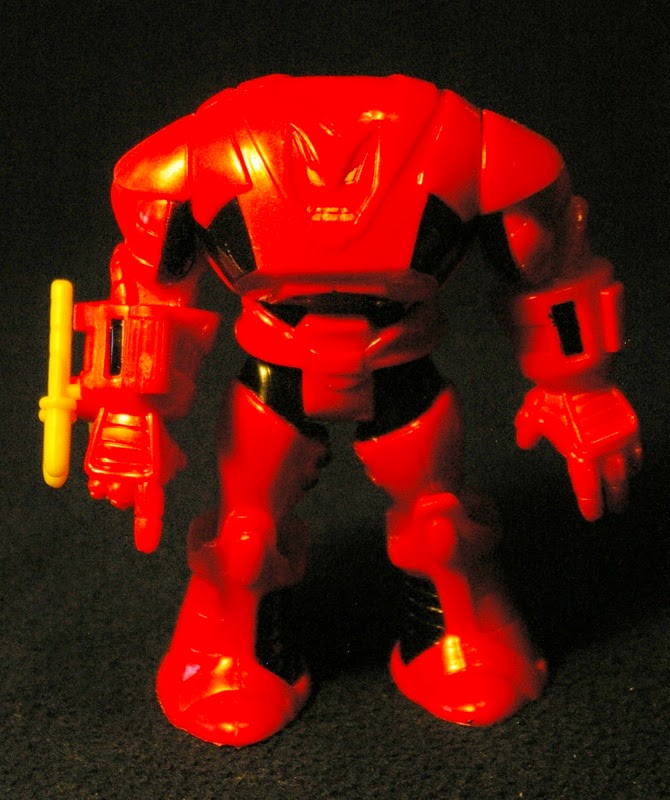 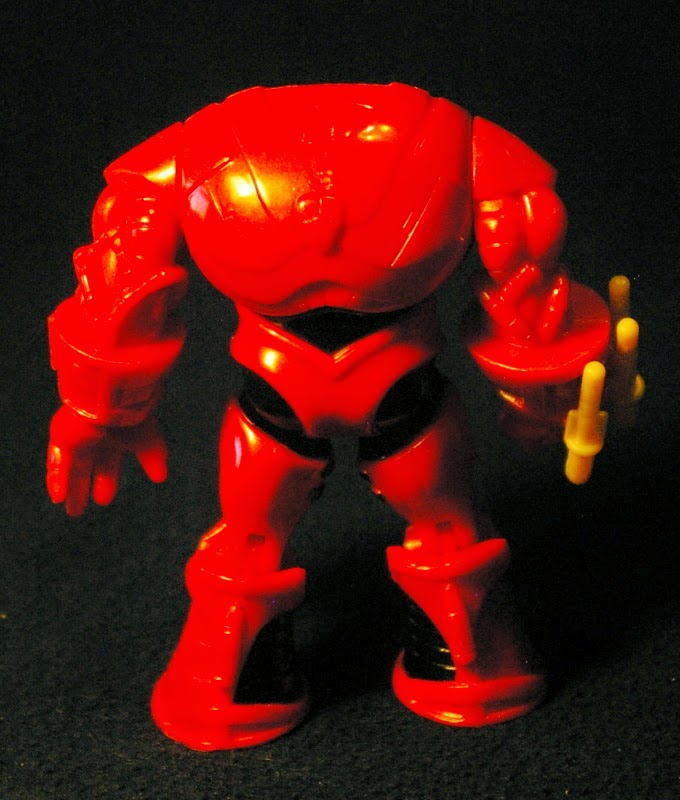