Zartan, the leader of the Dreadnoks is often considered to be the greatest GI Joe figures and has even been near to top of  lists of the greatest action figures of all time. Zartan may be tied with Sgt. Slaughter for the most popular GI Joe vehicle driver. He did not come on a card back like many GI Joes, Zartan was released in a small box that included his Chameleon Swamp Skier vehicle. 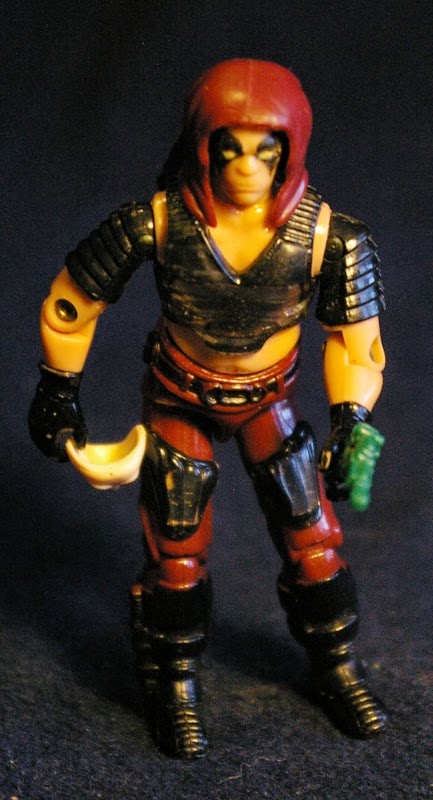 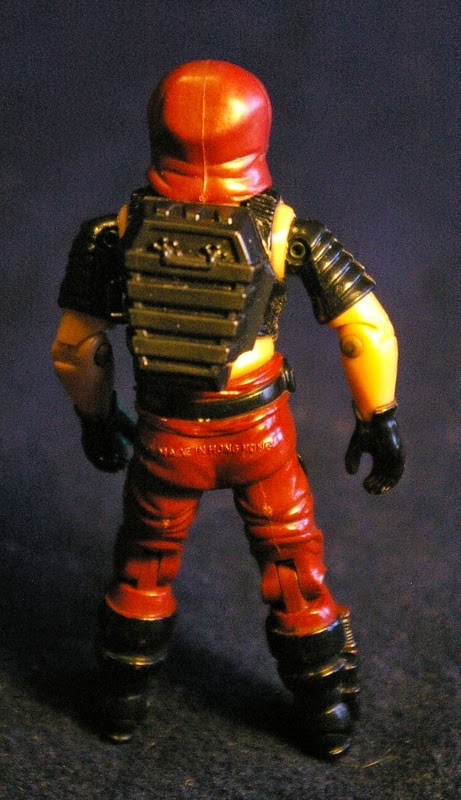 Zartan was a very important character in both the GI Joe comic book and cartoon. His figure doesn't quite match his appearance in the supporting media, but is close. Zartan included several accessories as well as an interesting action feature. Zartan's skin changes colors when exposed to sunlight. He turns a bluish color rather quickly when taken outside. Zartan also came with armor and color change stickers that were to be placed on the armor. He has a chest plate and thigh pads. In addition to his armor Zartan also came with a black pistol, black back pack, and a mask. Pictured above is a vintage Zartan with a weapon pack version of his gun and a Funskool mask from India. No other vehicle driver in the GI Joe line came with so many accessories. 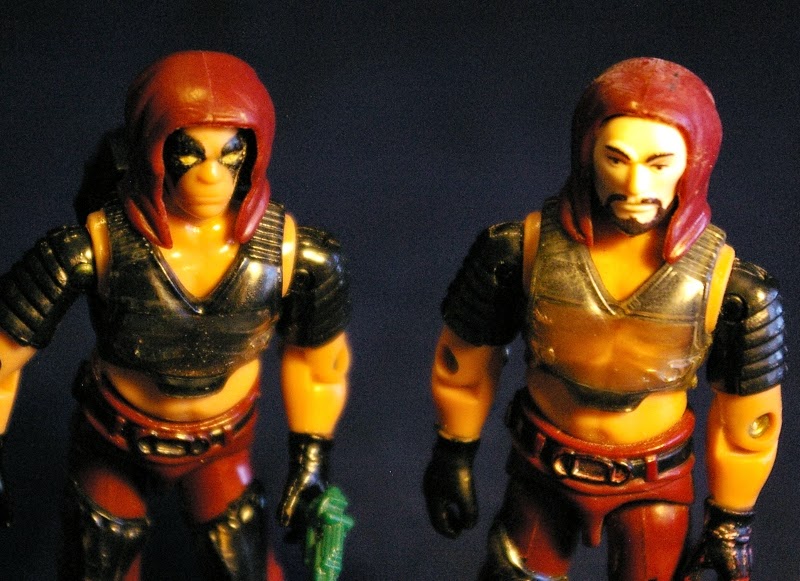 In the photo above on figure's chest plate has the color change sticker while the other does not. I have an extra Zartan as a back up in case his o-ring ever breaks. As part of the color change plastic process Zartan's torso is fused closed. Removing the screw from his back doesn't allow you access to o-ring inside.

I didn't have Zartan as a kid, I bought my first one in High School from a toy dealer at a local  in-door flea market. I don't really have a great about when I bought Zartan, but I have two pretty good stories about times I didn't buy him.

As a kid I was able to buy one GI Joe at a yard sale and I looked through the bin of figures and was debating between buying Zartan and Lift-Ticket. I bought Lift-Ticket, thinking I might never get the Tomahawk. Well, little did I know that I'd get that helicopter that year for Christmas and that Zartan was an out of production figure and rather uncommon.

The second time I passed up on Zartan was when my Mom toook me to a "huge GI Joe yard sale" according to the newspaper ad back in the 80's. They had just about all the figures and vehicles from 1982-1985 for sale at this yard sale. I wanted Zartan, but I kept asking my Mom to get me the Flagg. I only picked out a few figures and just held out hope that my Mom would talk it over with my Dad and call them back, as she promised. How crazy would it have been if she bought me a Flagg with it's box for $20 back in like '89.
Posted by Buzz Chuck at 7:22 PM