Realm of the Underworld @ Retro Con

If you've been following Action Figure Adventures for a while you've probably seen my posts about the Realm of the Underworld toy line by Zoloworld. These retro style action figures recapture the magic of 80's toys made by Mattel and Remco. A few weeks ago at Retro Con I got to hang out with Mike, the owner of Zoloworld.. Mike showed me a bunch of prototype figures as well as some sneak peak photos of upcoming items.

Mike sold me one of very few remaining variant Achrterrus figures. When this Skeleton Sorcerer when into production Mike has shipped a bolt of 100 year old fabric to be used for his robes. Unfortunately there was not nearly enough fabric so the rest were made with a white new fabric that doesn't have the coffee scent or aged look of the original material My particular Achterrus has an unpunched card as well as a factory error. His name sticker was placed on his bubble upside down. 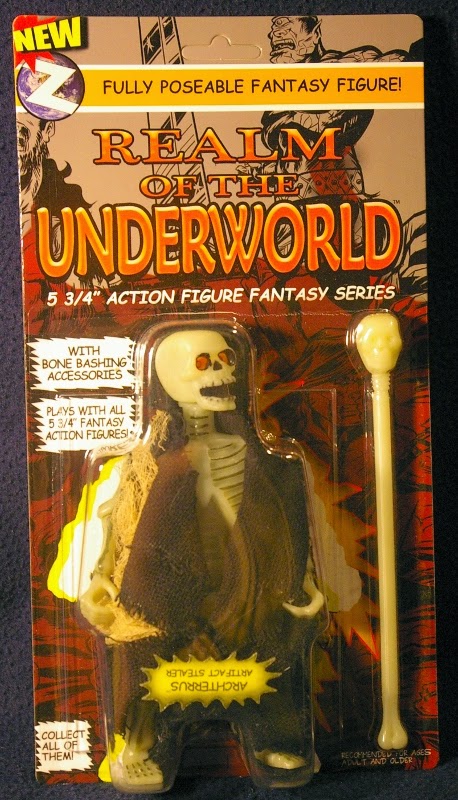 Here's a close up of the old fabric hat was used to create his robe. I have a loose figure of the more common white fabric Archterrus. This guy is going to stay carded with my "white-haired" Kry-sis variant. 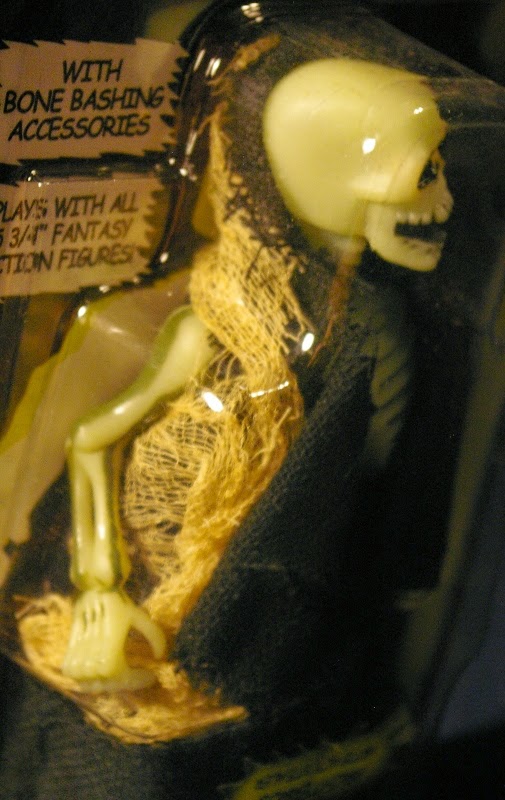 Mike was also kind enough to give me this Test Shot helmet. It's pretty cool to have a pre-production piece. This helmet is molded in a white-ish plastic. It has officially been released in silver and glow-in-the-dark white. 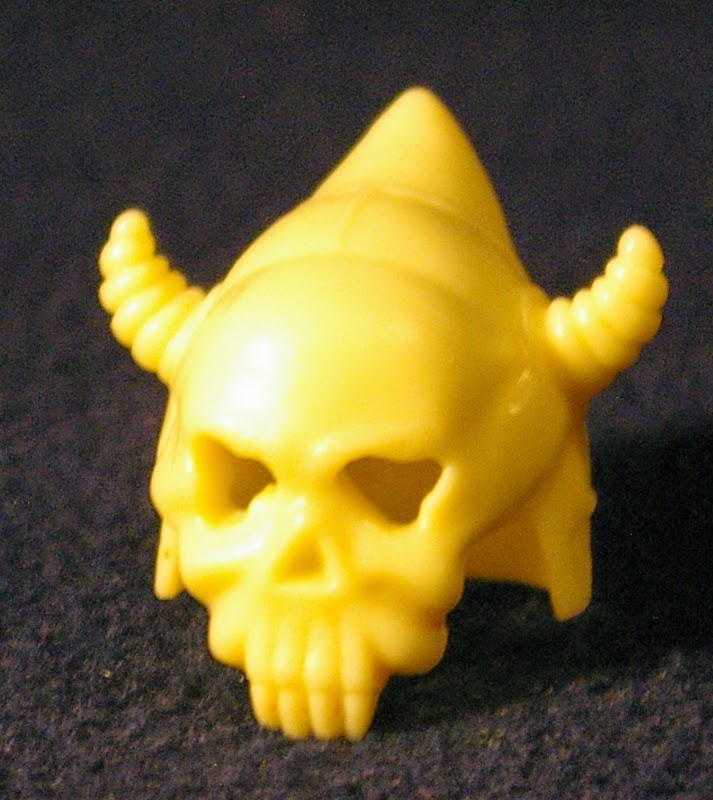