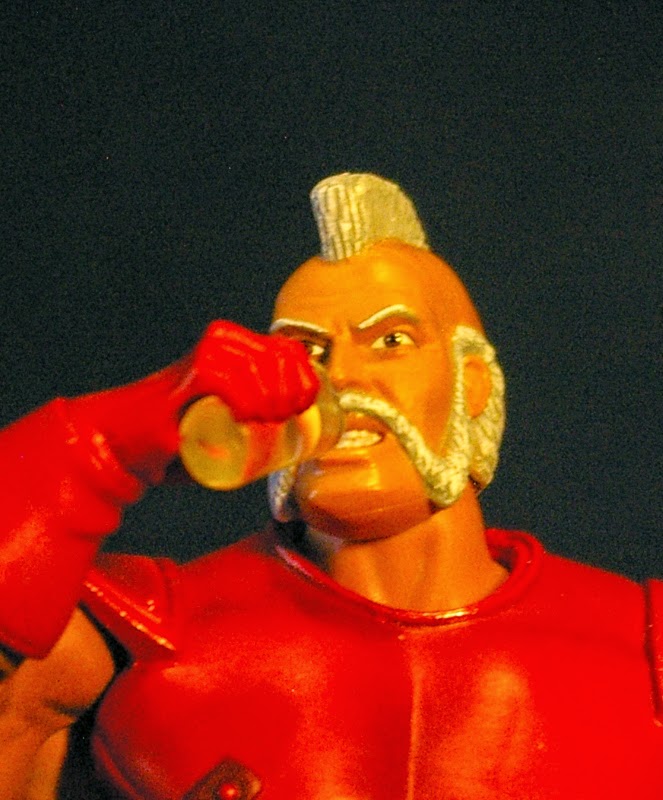 Geldor was the fan choice character released in 2013 as part of the Masters of the Universe Classics Subscription. Geldor's only appearance in previous MOTU Media was one of the original mini-comics. In the story he's searching for a way to extend his life. He finds a special elixir but the liquid is spilled in battle.

Geldor has white/gray hair similar to Mr. T. Pretty much the rest of his outfit is red. Geldor has a long loin-cloth, chest plate, boots and gloves. Some parts of his outfit are detailed in dark brown.

As a fun accessory, Geldor comes with a small clear plastic "cup" of elixir. 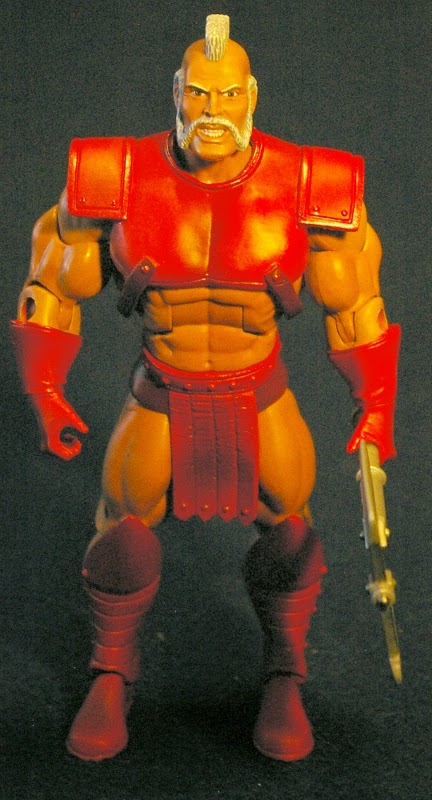 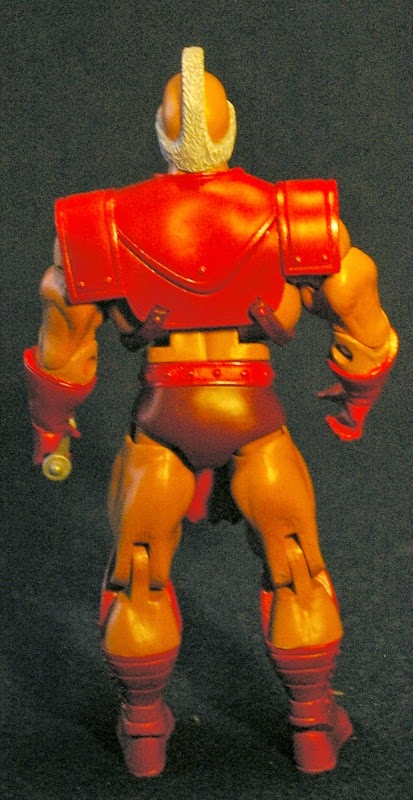 Geldor also came with a huge but boxy looking battle ax. Geldor isn't my favorite figure, but he's not bad. I understand that probably many collectors always wanted this character since they read the mini-comic as a kid. I always wanted the Mask of Power Demons from one of the other mini-comics. 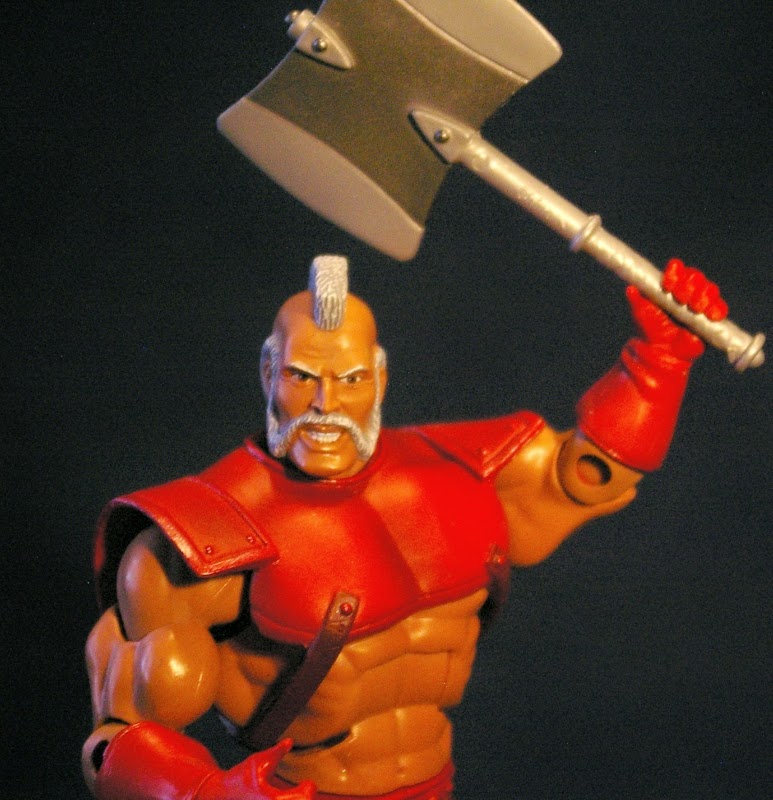 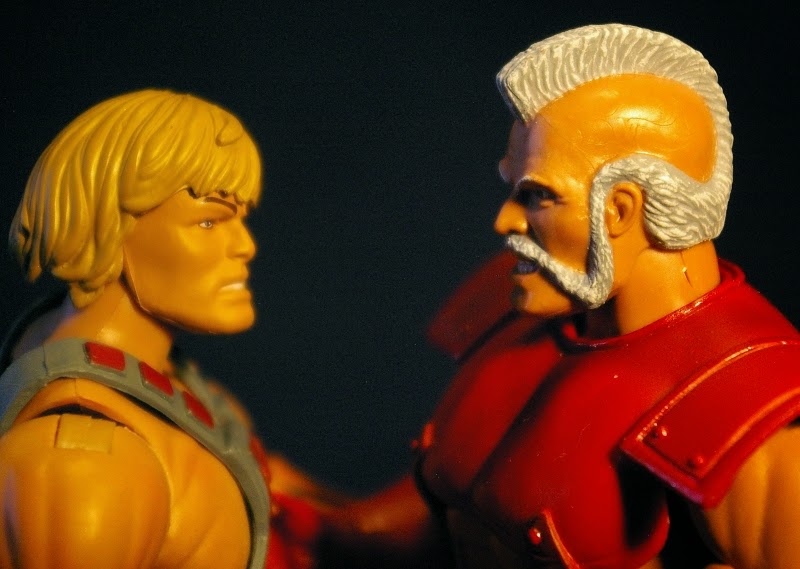