At Retro Con I picked up some more Silverhawks. I've been slowly collecting figures from this line. They are hard to find in nice condition. I bought two figures and three birds. Copper Kid is one of the original characters with the spring open wings feature. Condor is a later character who has a spring-loaded missile launcher built into his arm. 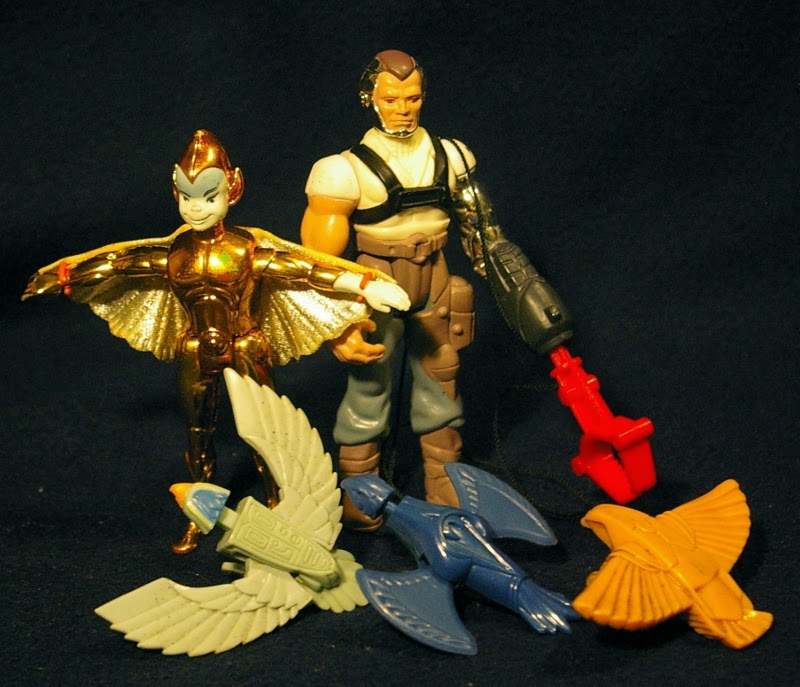 Talley-Hawk (Gray) came with Quicksilver. Rayzor the blue bird came with Steelheart. Slybird who is orange came with Stargazer.