Batman to Bruce Wayne - The Batman

I never really watched "The Batman" cartoon series, but I have picked up a few figures from the line at yard sales over the years. Bruce Wayne is dressed in a all black outfit and came with removable cape/cowl, gloves, boots, and utility belt. When I bought Batman he only included his cape/cowl and boots. He's a rugged figure with 7 points of articulation. He has the standard 5 points plus knees. 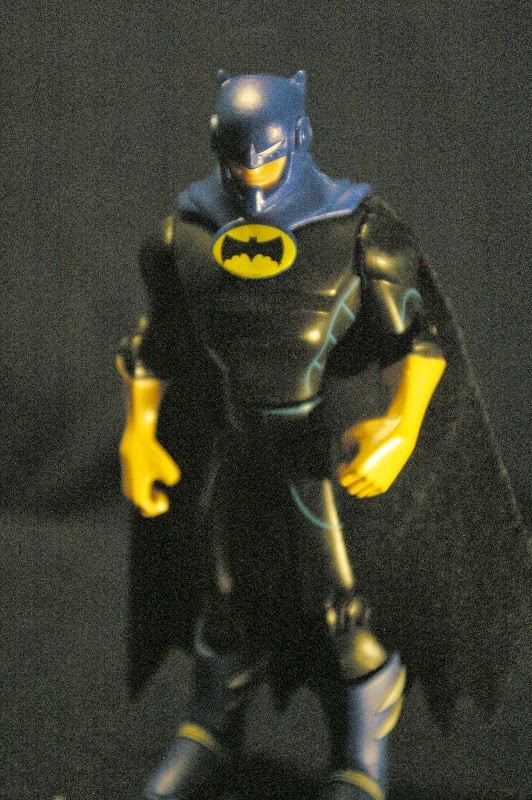 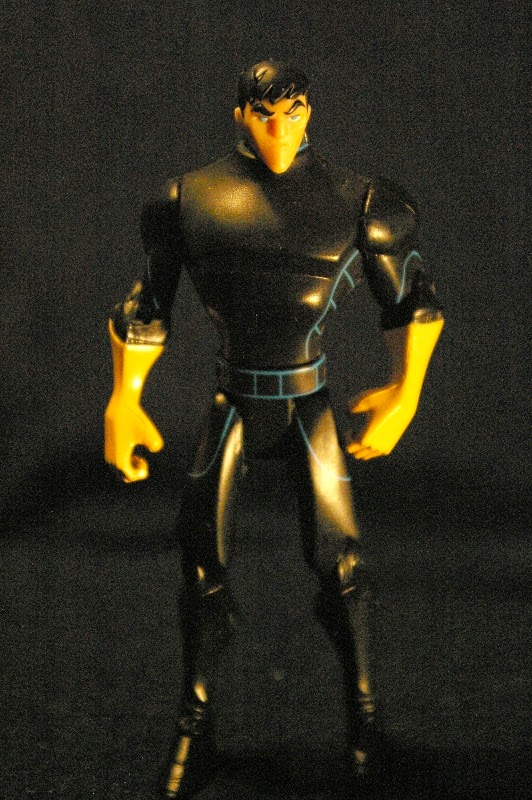 I'm glad that they didn't bother to put a bat-symbol on Bruce Wayne's outfit. I also really like that the neither Batman or Bruce suffer from the design of the others outfit.