The Baroness visits the Secret Stash

Last night's episode of Comic Book Men featured a woman dressed up as the Baroness from GI Joe trying to sell the comic shop a carded Baroness action figure to raise money for cat charities. Well, that woman is a good friend of mine, and co-organizer of Retro Con, Rose Tuski. I was excited to see her on the show. You did a great job Rose. 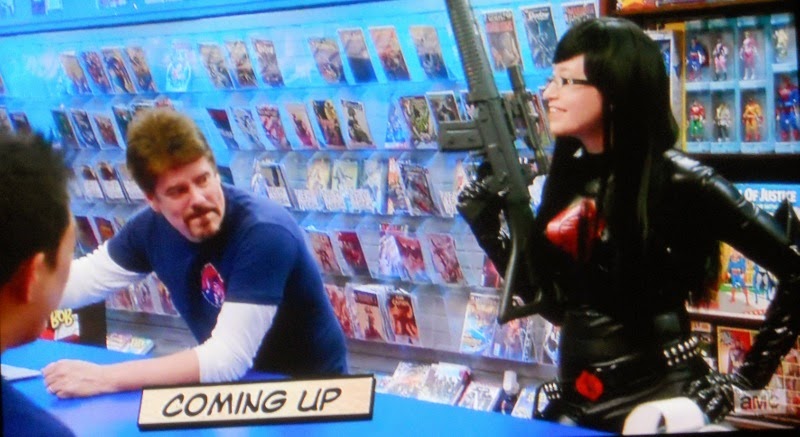 The opening segment of the show was filmed on the same day. A few other friends appeared in the opening. In the background you can see my friend Mike Breaux, host of the Breaux Show. 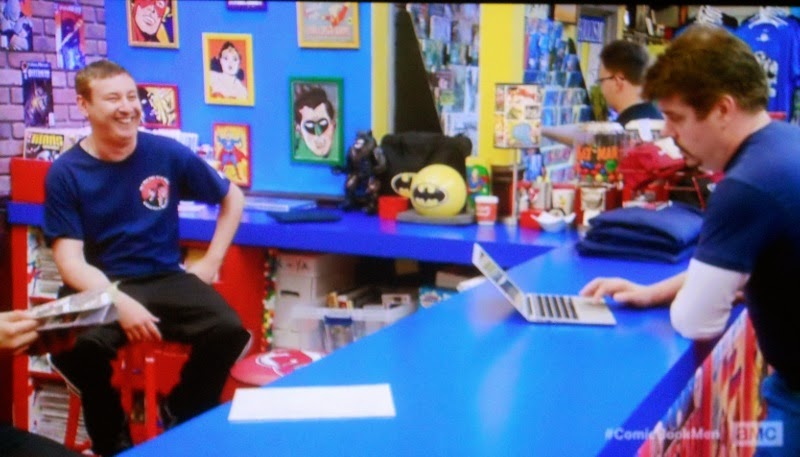 Depending on if Mike Zapzic was leaning forward or backwards you could either see Mike Breux or Rose's husband and Retro Con Co-Organizer Tony Tuski. These guys weren't the first people I've seen on Comic Book Men that I've known. Red Bank, NJ isn't that far from where I live, and the toy and comic community isn't that big. This was the first time how ever the people on the show were close friends of mine. 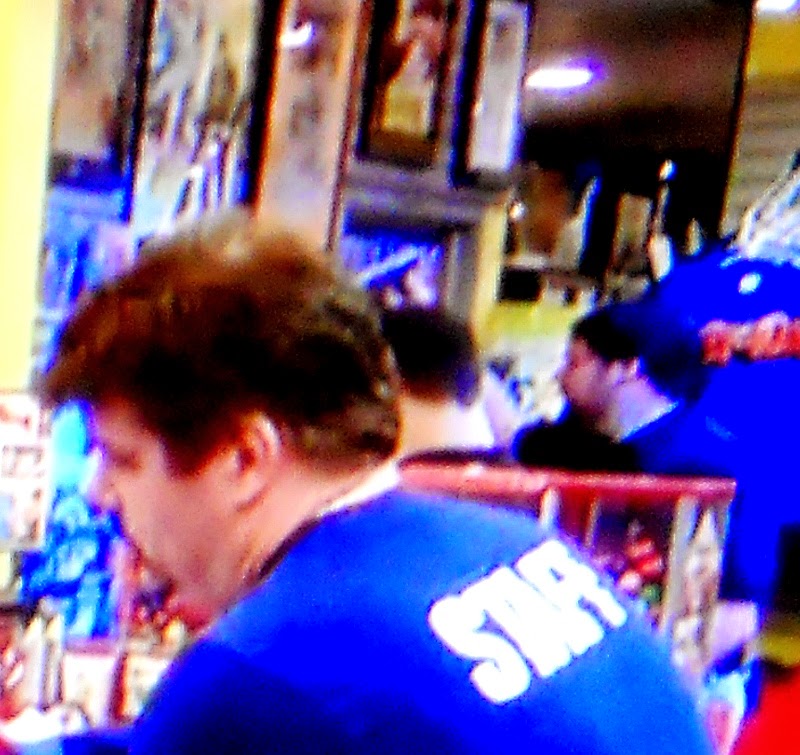