In Batman Returns, the Penguins army of missile carrying Penguins played an important role. They were also features in a lot of the supporting artwork and products. When action figures of them became available I had to have them.  Packaged as Penguin Commandos a back and gray penguin each came with their own weapon backpack. 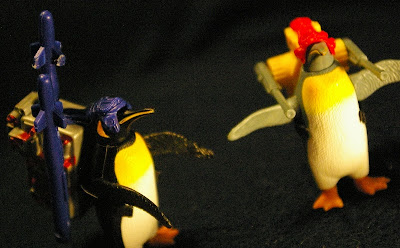 The gray penguin came with a yellow backpack that features two gray guns on the side. There is a red control helmet that connects the backpack to the penguin's head. 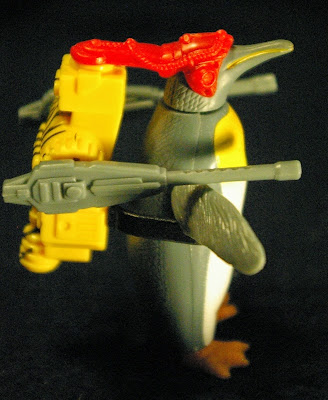 The black penguin comes with a gray spring-loaded missile launcher. The pack came with two blue missiles that can be fired with the push of a button. The missile pack has a blue control helmet that connects to the penguin's head. 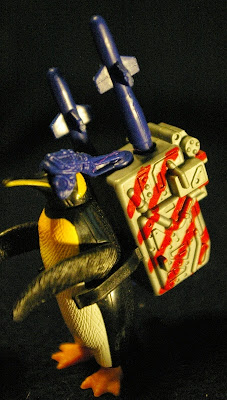 I like that they made some variety with the two figures, but the black penguin with the missile pack is much more screen accurate (and it's still not really accurate). I kind of wished I had two of the black one as a kid. 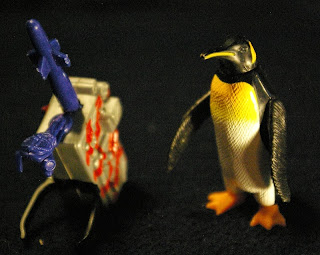