Over the weekend I stopped by an indoor flea market with some toy collecting friends. I think I was the only person to buy anything there, I sent $0.50 on a Robbie Sinclair figure from the Jim Henson Dinosaur show. These figures were made by Hasbro. As a kid I had Earl, Fran, Baby, and Earl's boss. I never had the two teens, but not they are the only ones I own. It's cool that Robbie came with a skate board and basketball, but he doesn't interact with his accessories very well. 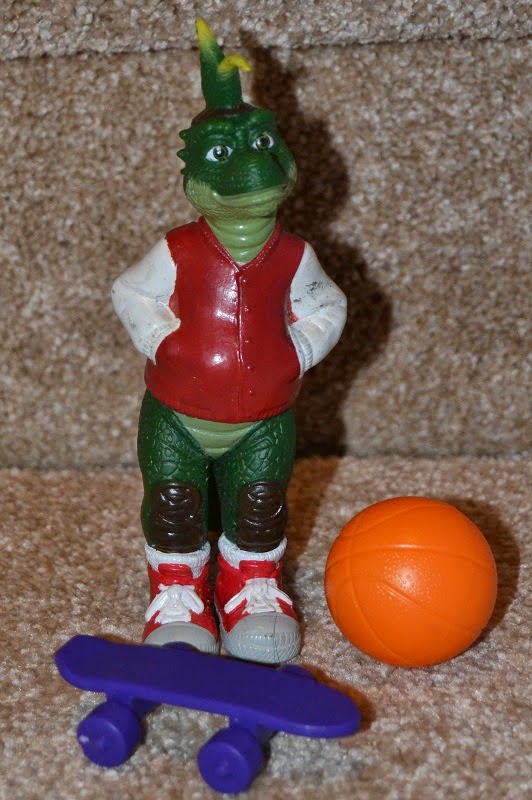 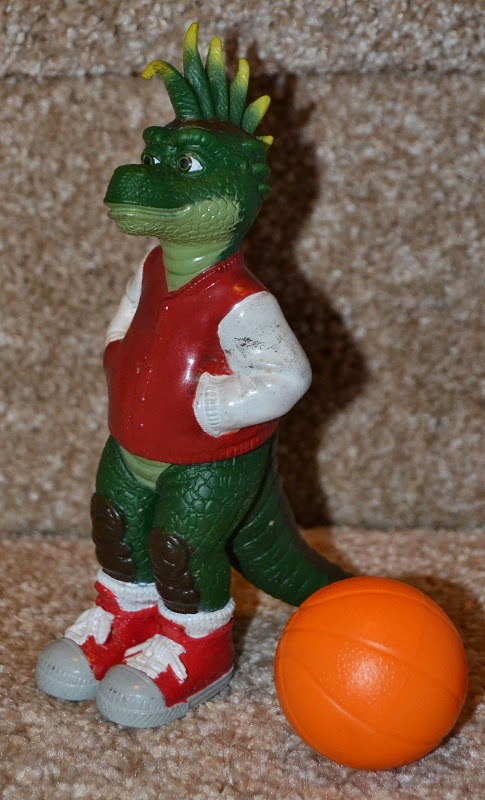 I love the Rampaging Trilobites detail on the back of his varsity jacket.
﻿ 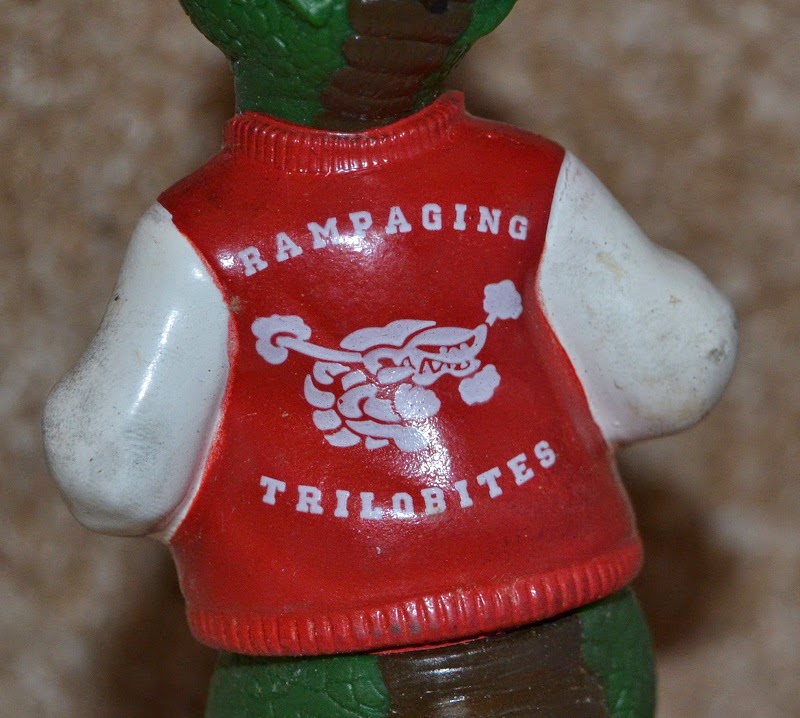 I used to pretend that the Ninja Turtles figure of Mondo Gecko (who also came with a skateboard) was Robbie when I played with my Dinosaurs.
Posted by Buzz Chuck at 9:01 AM