What else could anyone possibly blog about on the day after Christmas other than their Christmas Haul. He's the stuff I got worth mentioning here on Action Figure Adventures, and some of it's still a stretch. Top row includes a Cartoon Network JLA Unlimited style plush Batman with plastic head, a Darth Vader Mask, and a comic of DC Universe Origins. Right in front of the DC Comic there are two Galactic Hero figures that came with a board game, a Clone Trooper from Episode 2 and a Super Battle Droid, along with Gumby. The next row has an Autobiography of Bill Peet, children's author and head animator at Disney for a time. One of his children's books is also there along with a how to draw Marvel Comic Heroes book. Last but not least the two things I asked for for Christmas... Captain America: The Winter Soldier and Guardians of the Galaxy on DVD. 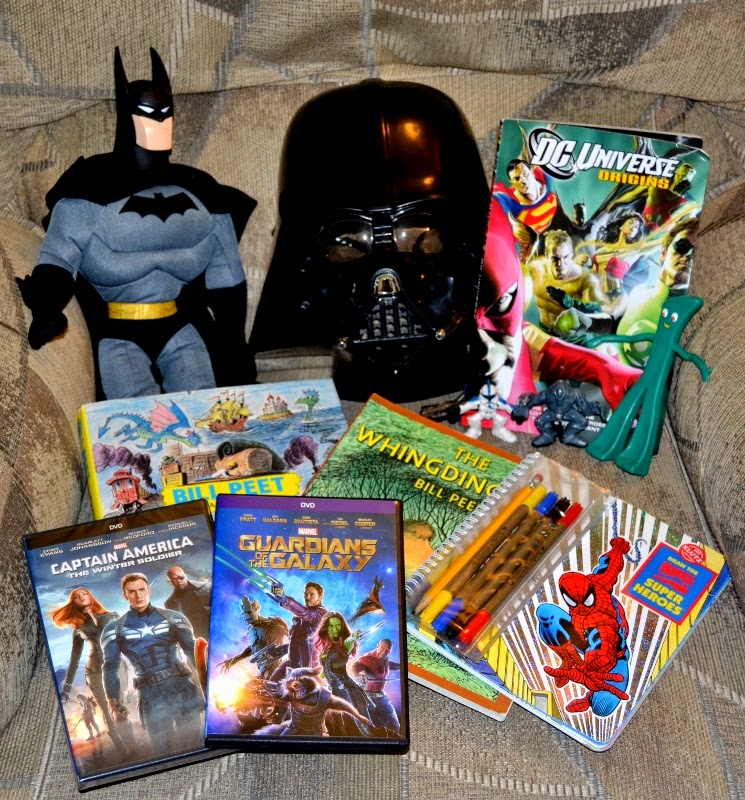