The Snake Men 2-Pack was another army builder pack offered on Matty Collector for the MOTUC line. Taking a lot of inspiration from the 200x cartoon by MYP, the set contained two Snake Men warriors with various armaments. The two Snake Men used some existing parts and features some new parts. Any true Masters fan would recognize that some of the tooling created for this set was designed to be used for future figures like Rattlor. 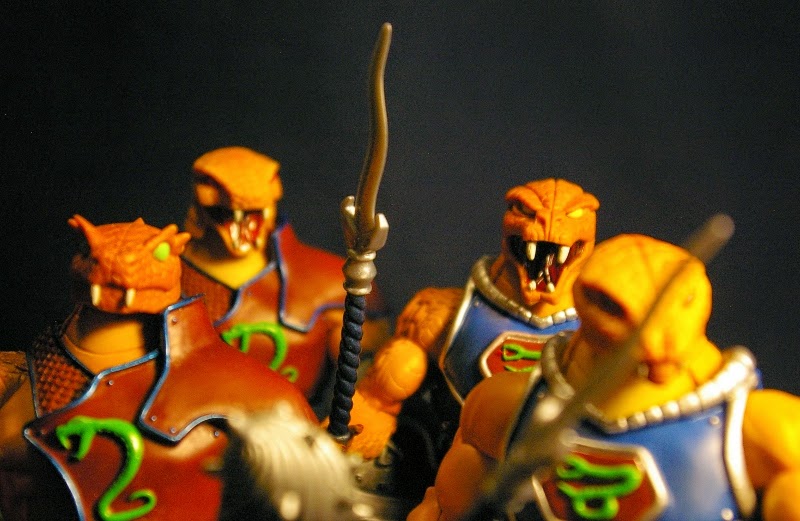 The two Snake Men had slightly different skin tones and each came with an open an closed head sculpt. One Snake Man came with brown armor and the other blue. Both sets of armor feature the green Snake Men logo. 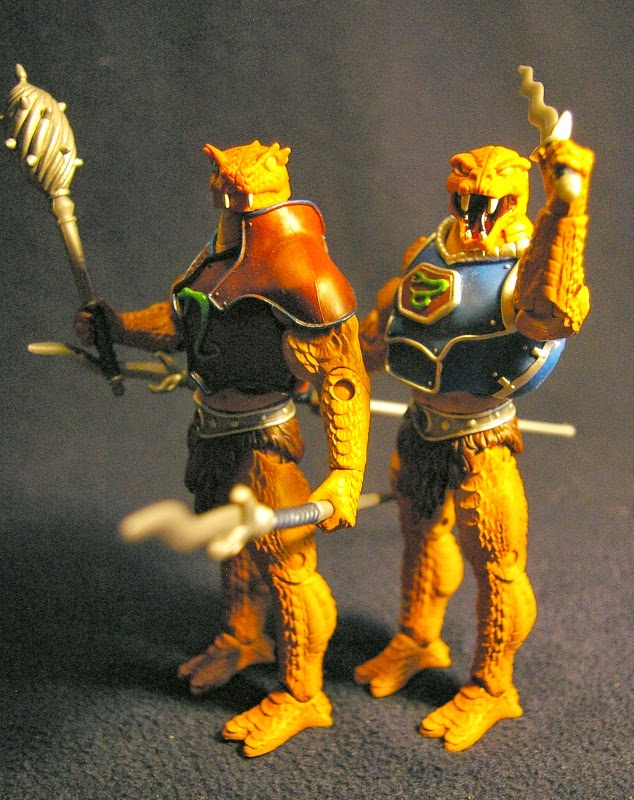 The set also included several weapons. A spear, sword, mace, and shield were all included in the set. The blades on many of the weapons feature a wavy snake-like design. 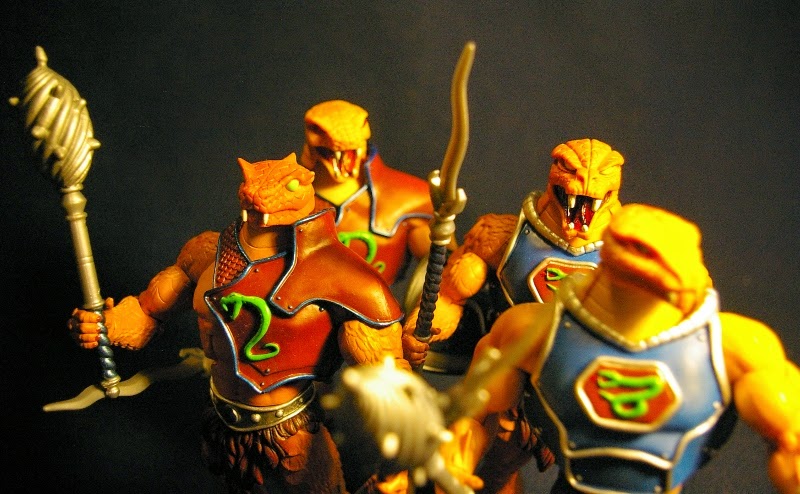 I bought two sets and mixed and matched the armor and weapons between the two. The Snake Men were the 2nd Army Builder set in the line. The first was the Palace Guards for the good guys, The third set was the Horde Troopers. Man did those guys sell out fast. 2015 is supposed to bring us a three pack of Skeletor's Hover Robot Knights as a traveling Convention Exclusive. I hope I don't have an issue getting a few packs of them. 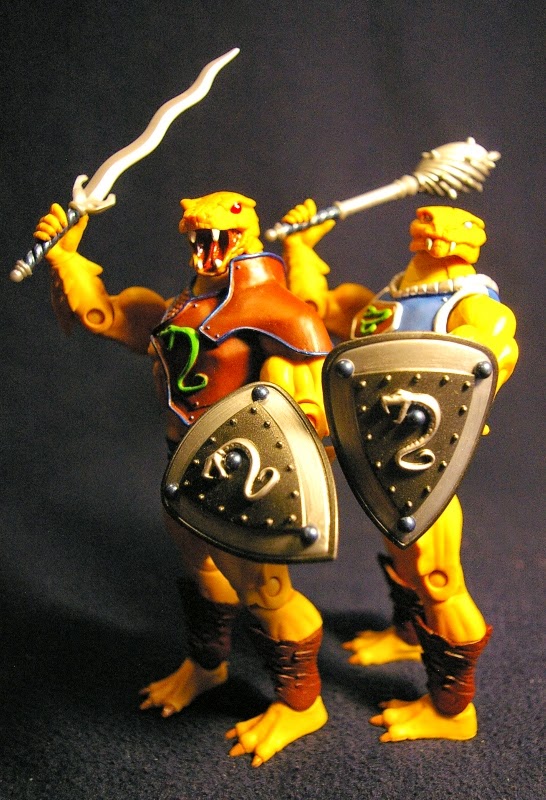 Hope everyone has a great Christmas Eve to those of the Christian persuasion. Everyone else, have a great Wednesday night!
Posted by Buzz Chuck at 10:27 AM