I got a chance to review the new TMNT Movie Turtle Attack Van for SEO Toy Review.  It's a really solid vehicle and I'd recommend picking it up. It even works great with the Nickelodeon Teenage Mutant Ninja Turtles.

I actually made up the little Pixel Dan shirts back in late October, but the review didn't get filmed right away and then even once it was uploaded i didn't make it into the review schedule until December. It cracks me up because I sent Pixel Dan that package, I posted about earlier this week, in late October but due to the flood in his basement he didn't open it until December. It's weird how things work. 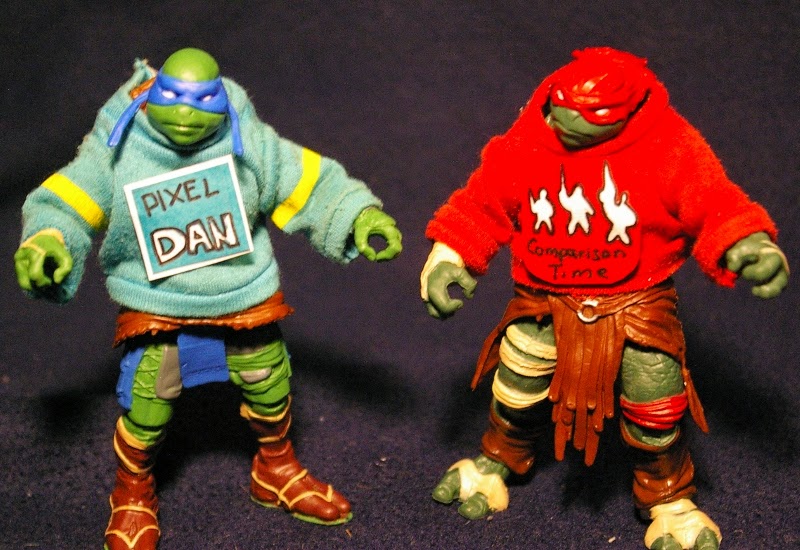 Now, if you want a really nerdy/weird toy connection... In the 1990 TMNT movie, Leo picks up a Bingo "Bet-It-All" Beaver toy in April's antique shop from the Get-Along Gang. The little shirts that I "modified" are from two 80's Get-Along Gang figures. Raph is wearing Bingo's shirt.
Posted by Buzz Chuck at 5:46 PM