The Star Wars Black Series Jabba the Hutt figure is the first Black Series toy I've purchased. I've been trying to avoid the line, just because I can't justify buying yet another version of the same characters. I admit the 6" figures look great, but I'm sticking with 3 3/4" figures. I do like that the large Jabba kind of works with the smaller figures.

Here is the 6" Black Series Jabba with several 3 3/4" figures from various other lines from the past. 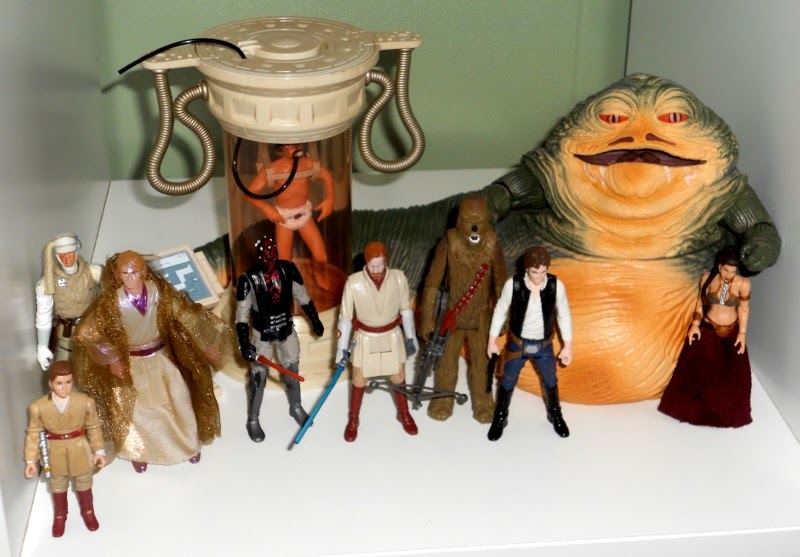 We shot an SEO Toy Review of this figure, and I think it's my favorite video I've shot for them. Most of these reviews contain a short "skit" and I really like what we came up with for this video.