Cobra's Christmas Patrol is a series of photos I took in the snow last winter. The figures feature 25th Anniversary GI Joe figures as well as one figure from the Rise of Cobra line. 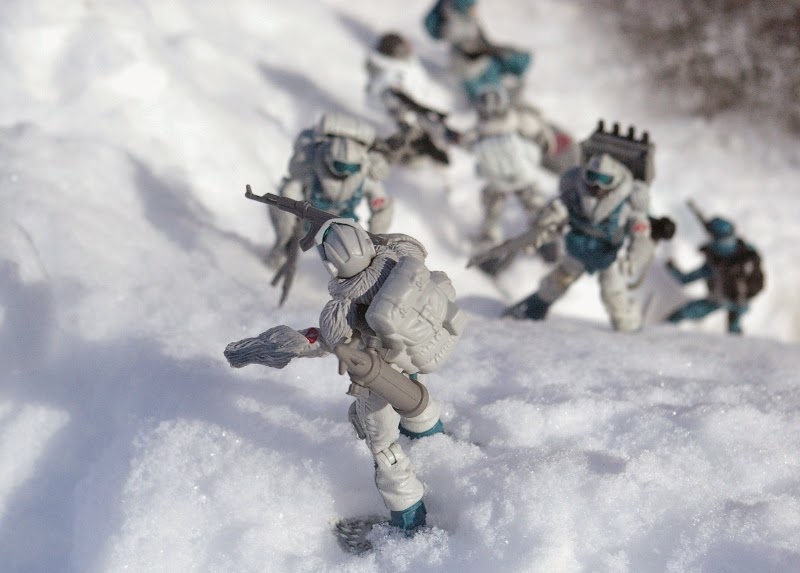 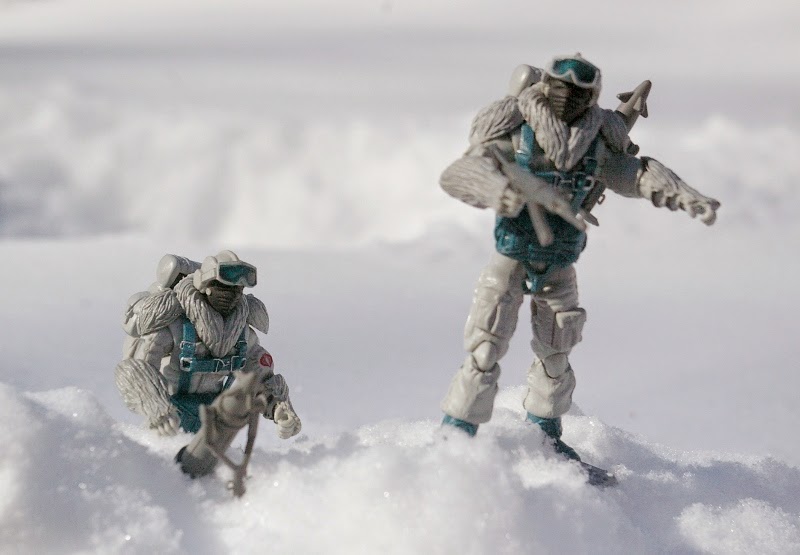 If the GI Joe team is spotted, the Snow Serpents will rain down mortar fire. 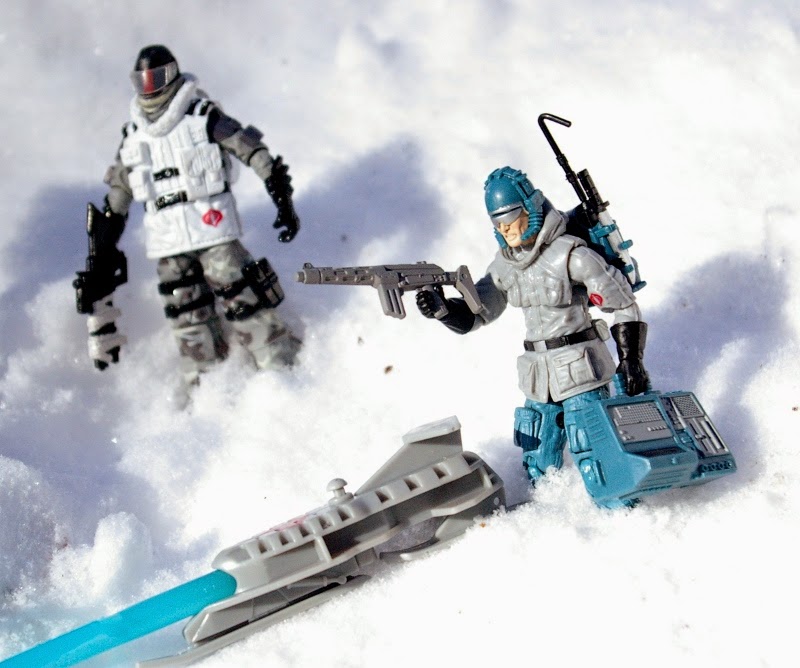 The Tele-Viper is arming Cobra's new Ski missile.
Posted by Buzz Chuck at 10:31 AM