Okay, I didn't think that I was going to make it to the Flea Markets this weekend. Luckily things worked out and I was able to make it. Saturday was the the annual Flea Market at the Dublin Fire House. I have great childhood memories of hunting for toys at Dublin. In fact, I even sold a lot of my toys as I grew out of them at Dublin. I sold my He-Man, Thundercats, Ninja Turtles, X-Men, and many other toys there to get money to buy GI Joes and Star Wars toys. Now I buy the stuff I once sold at flea markets. 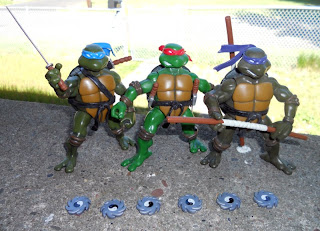 I picked up three of the 2000's Teenage Mutant Ninja Turtles. I was happy to pick Leonardo. This is the third Ralph and 2nd Donny I have of this release. Now I have weapons for my turtles, and the duplicates will get thrown in the tub of toys I have for kids to play  with when people come over who have children. 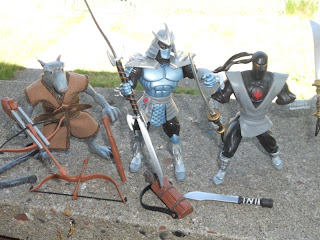 I also picked up Splinter, Shredder, and a Foot Soldier. Splinter's tail is broken, but since I'm just going to display them, I'll glue it back on. In any way I got a lot of accessories in case I ever find a figure in better shape. 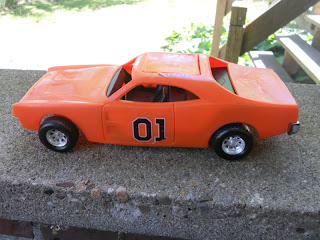 The General Lee! I'm not a huge Duke's of Hazzard fan... meaning I don't really collect stuff from the show, but I couldn't pass it up. The show is a classic, but I never really watched that much of it.  I remember a friend of mine in nursery school having this toy and we used to have GI Joes drive around in it. 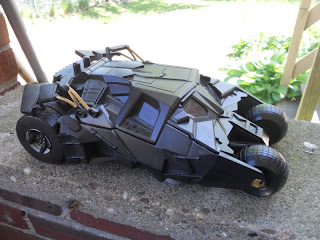 The Tumbler or the current movie Batmobile. I actually really dislike this vehicle as the Batmobile. I can see Batman needing a tank like vehicle for certain situations, but for this to be the original vehicle of Batman as presented in the current movies seems ridiculous to me. How do you maneuver though crowded city streets in something this big. Of course, it's the Batmobile, so I couldn't leave it behind. 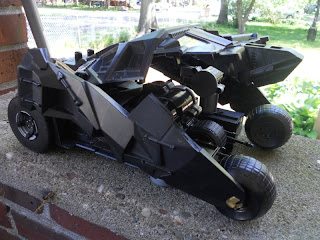 There is a button on the back that makes the vehicle open up and then launches the Bat-Pod. Why not call it the Batcycle? 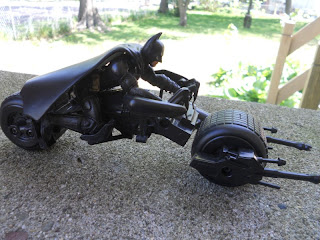 Another great weekend of toy hunting. I picked up all this stuff for $7.75. I think it's a pretty decent haul.
Posted by Buzz Chuck at 11:03 AM