If you've read much of this blog you probably know that my friends and I are into making stop motion animation videos using action figures. The first series we did was called Animation Creation. Each episode consisted of a series of short animated stories or music videos. At the end of each episode custom action figures delivered a commentary about how we made the show. These commentaries took on a "universe" of there own and the final episode of the series took place in the "Animation Creation Universe" were we are famous animators with thousands of screaming fans.

After that show was over we moved on to a second series called Action Figure Adventures about living toys trying to escape the room they live in. While this was going on we often bounced around ideas of doing a second season of Animation Creation. One of the features of the new season was going to be all new action figures of us. This time they were going to look more like we do, and less like characters we played in a live action video project we did. Just like the earlier figures these are made by mixing and matching parts from GI Joe figures and repainting them.

Derek is one of the two main animators and hosts of the commentary portions of Animation Creation. Derek often comments on the music used in the animations. His updated figure features him wearing bell bottom jeans and a green t-shirt. I was going to add a Green Lantern symbol in glow-in-the-dark paint to the shirt. His hair is sculpted from scratch and this time I made it long enough to actually cover the screw hole in his back. Lets hope he rubber band inside him holds up. 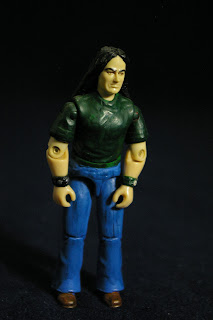 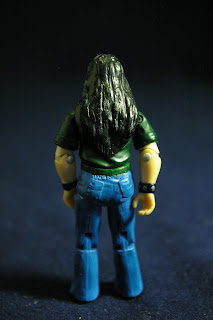 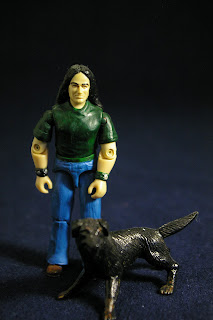 Derek comes with his dog Macie. She is made from an Order figure. The hears were removed and re-sculpted down instead of standing up.


Brian was one of the first guest animators to appear on the show. His character was often troublesome to the rest of the characters. In one episodes he labels one of the animations as"scraping the bottom of the barrel". Brian was going to take an an even more villainous roll in the second season. There is a good taste of his trouble making way in the 10th episode of Animation Creation.  His new figure is wearing jeans and an orange "dump" t-shirt. Brian's appearance changed the most from when we made "Wanderlust" until we were working on AFA. He had gotten rid of the deadlocks and grown a beard. I custom sculpted on the hair and beard. I changed the action figure head used for Brian between the two versions of his figure because his appearance had changed a lot, and I wanted a "later" GI Joe figure that used the ball joint neck that works with the chest I has chosen. The torso for both Brian and Derek needed to be sanded down to remove the #14 detail. 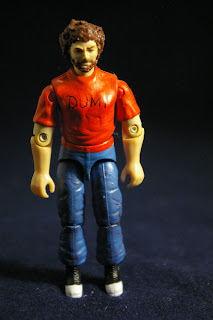 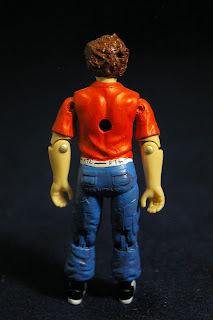 
Kevin (myself) is the second main animator and commentary host for Animation Creation. I often make comments during the commentary about the toys and action figures used to make the show. Boy, I wonder why? This time around I feature darker hair and glasses which is more how I look on a regular basis. I also used sculpty to try to make my torso look more pudgy and less muscular. I am wearing jeans and a Saw t-shirt. Greg (another contributer to AC) made and gave me a shirt that looks like this for my birthday one year because I teach high school Woodworking. 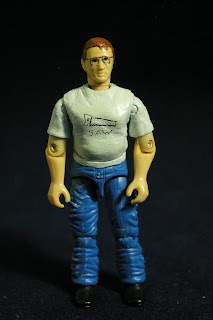 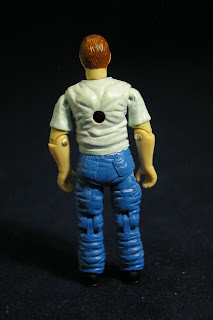 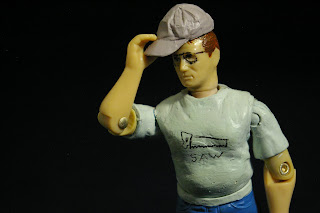 The next figure to be made was going to be Greg (another frequent guest animator) but the 2nd season project wasn't going anywhere because of how long AFA took and so I never made the figure.

The Kevin figure was used in a safety video I made with the help of Derek, Brian, and Greg for use in my Technology Education classroom. It starts out a little slow as I explain the safety testing procdure, but it gets to the safety rule around 2:44. As I get into the rules it gets funny.

By now, these toys don't really look like us anymore. Derek and I both have facial hair and Derek never wears t-shirts anymore. I can't remember the last time Brian wore his Dump t-shirt.
Posted by Buzz Chuck at 8:34 PM